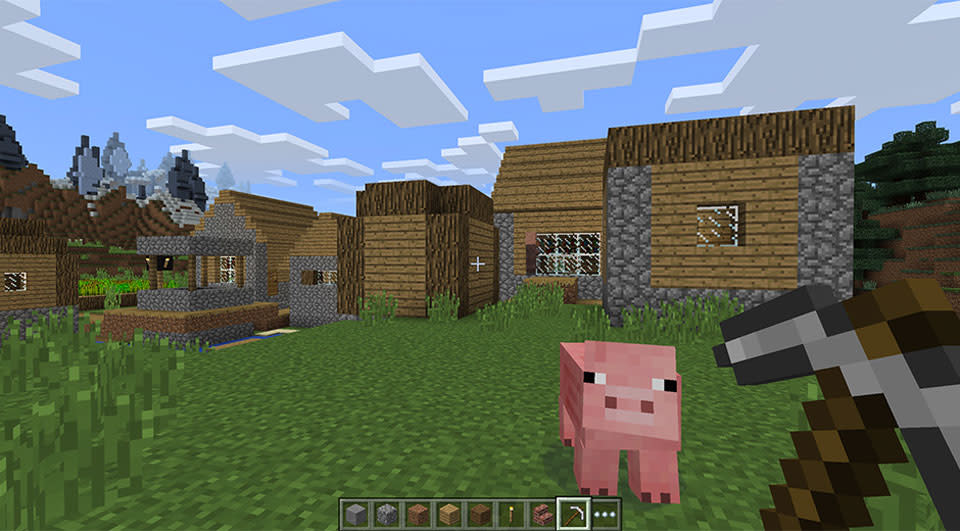 Microsoft and Mojang don't just have a story-based Minecraft game to show at Minecon 2015 -- they're also revealing a beta version of Minecraft: Windows 10 Edition. This release will ditch the less than ideal Java code of desktop versions in favor of native Windows code, and shares some roots with the Pocket Edition you typically find on phones. You'll even get to build worlds with those mobile players through an update that should hit "soon" after the beta arrives. And to no one's surprise, the construction title will do a lot to take advantage of Windows 10's many Xbox tie-ins, such as 8-way multiplayer (both locally and on Xbox Live) and game video recording. The beta will be ready on July 29th, and it'll be free if you already have the existing PC version. If you're new to all this, it'll cost $10 to get in during the test phase.

In this article: beta, gaming, microsoft, minecon2015, minecraft, minecraftpocketedition, mojang, windows, windows10
All products recommended by Engadget are selected by our editorial team, independent of our parent company. Some of our stories include affiliate links. If you buy something through one of these links, we may earn an affiliate commission.