Eight floppy drives recreate the theme from Game of Thrones, stake claim to the seven Kingdoms 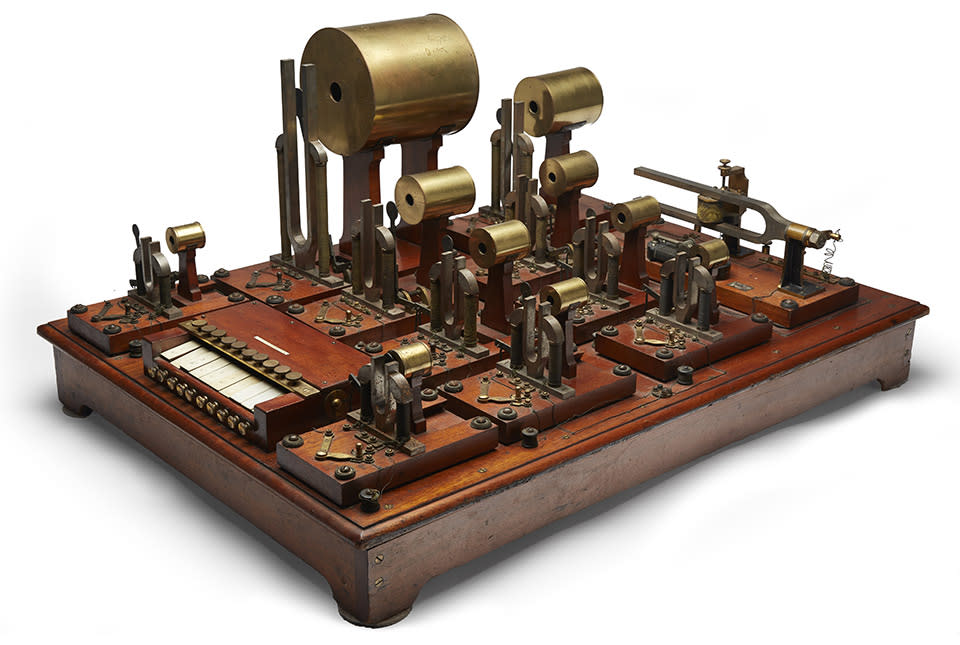 As technology became a part of modern life in the 19th century, an increasing amount of scientific study led to breakthroughs in electronic sound engineering -- often as a byproduct of other research. Humans became enamored with the crystalline clarity of these exotic machine-borne tones and as the technology matured, so did the range of output. Electrically powered machines were recreating the sounds of traditional instruments and even mimicking human speech. Once computers arrived, the possibilities seemed boundless as software for composing and performing electronic music were developed. Below, we've gathered together a few pioneering moments that've helped shaped our electronic soundscape. So listen and learn.

Gallery: Moments in man-made 'music' and the machines behind it | 11 Photos 11
In this article: computer music, csirac, electronic music, elisha gray, graphic 1, hugh lecaine, max mathews, nasa space sounds, synthesizer, telharmonium, theremin, voyager golden disc
All products recommended by Engadget are selected by our editorial team, independent of our parent company. Some of our stories include affiliate links. If you buy something through one of these links, we may earn an affiliate commission.