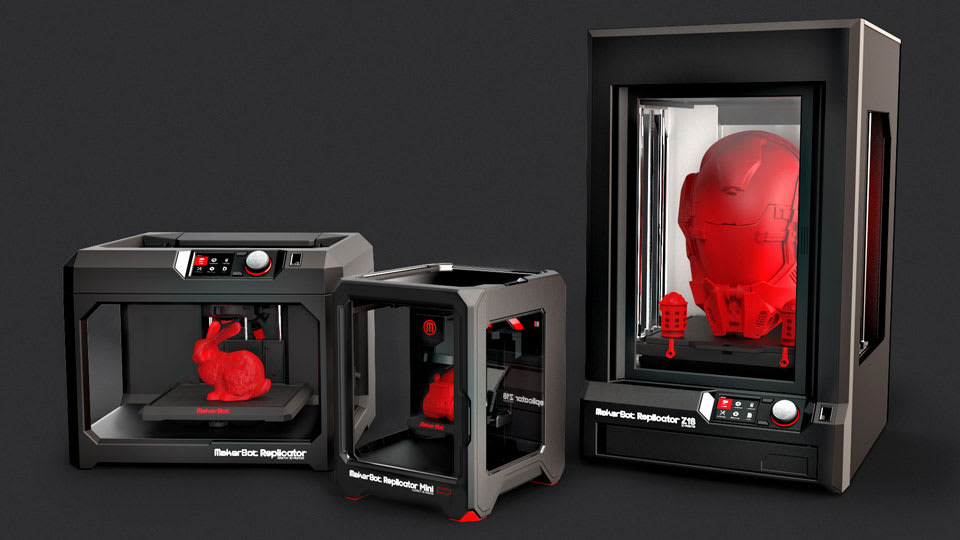 If you bought one of MakerBot's fifth-generation 3D printers only to have trouble running it, you're not alone. A recently filed class action lawsuit alleges that MakerBot and its parent company Stratasys committed a "fraudulent scheme" by knowingly shipping these Replicator printers with flawed extruders (the part that melts and deposits filament) that tend to clog. Supposedly, management was bragging about rapid growth to investors at the same time it was skimping on quality control and dealing with loads of returns and repairs. By the time MakerBot was starting to lay off workers and otherwise admit that things had gone off the rails, shareholders had lost millions of dollars.

We've reached out to MakerBot for its stance on the lawsuit, and we'll let you know what it says. It's not certain how this lawsuit will shake out at this early stage. However, the evidence presented in the class action isn't exactly flattering. It suggests that QA had a hard time even getting complete 3D printers to test, which helped get shoddy extruders into the production run. Also, MakerBot reportedly preferred to downplay complaints (such as when it shut down its Google Groups discussions) instead of tackling them head-on. If the claims are true, this is a classic instance of cutting corners and trying to avoid the repercussions.

Source: Adafruit Blog
Coverage: Change.org
In this article: 3dprinter, 3dprinting, classaction, lawsuit, makerbot, replicatior, replicator2, replicatormini, replicatorz18, stratasys
All products recommended by Engadget are selected by our editorial team, independent of our parent company. Some of our stories include affiliate links. If you buy something through one of these links, we may earn an affiliate commission.