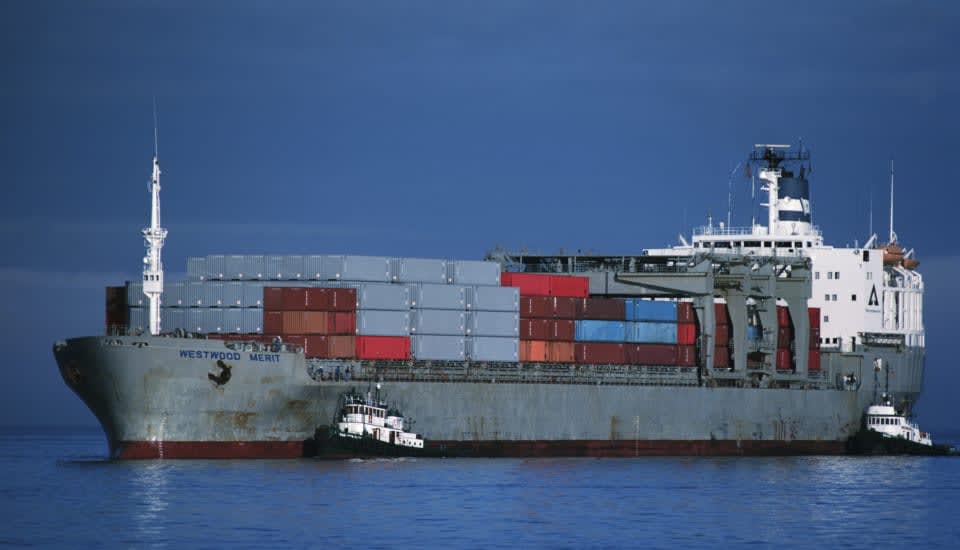 A number of smugglers sneak living, breathing humans illegally into a country by hiding them inside trucks, train compartments or shipping containers. It's not easy to detect people behind metal, especially if they keep really, really still, but Franklin Felber from San Diego scientific consulting company Starmark believes he's found a possible solution. Felber has developed an acoustic sensor sensitive enough to detect a person's breathing from behind metal walls, after testing off-the-shelf options that didn't quite work. His $10,000 per unit system uses a hammer-like acoustic transducer, which bangs repeatedly against a thin metal plate designed to be attached to one of the container's walls.

Here's an illustration of the system:

The incessant hammer-on-plate sounds resonate at a certain frequency and can pass through metal. This signal then bounces back to an acoustic receiver, which can differentiate between sounds reflected by stationary objects and reflections from ones that move. As we said earlier, it can detect even minute movements, such as the rise and fall of a person's chest while breathing.

Felber claims this technique can inspect two containers per minute, though it's unclear if that rate is fast enough when dealing with thousands of 'em on a cargo ship or a dock. Plus, for the system to work as intended, the thin plate has to be securely attached to the wall and there shouldn't be anything that can distort its signal -- inclement weather, for instance. The system obviously still needs some work, but that's always the case with new technologies anyway.

Via: MIT Technology Review
Source: Cornell University Library
In this article: acousticradar, humansmuggling
All products recommended by Engadget are selected by our editorial team, independent of our parent company. Some of our stories include affiliate links. If you buy something through one of these links, we may earn an affiliate commission.