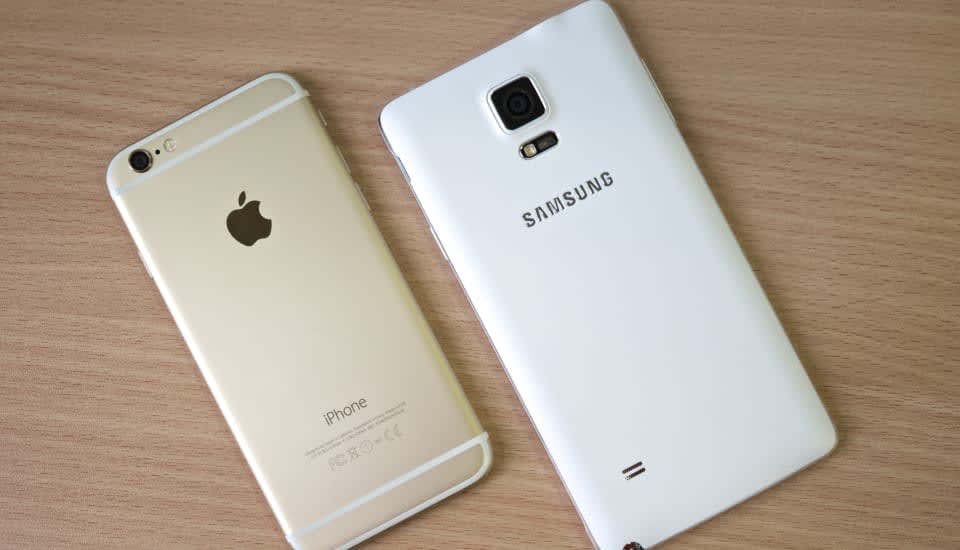 Just like Taylor Swift in Bad Blood, Samsung has also found a powerful group of backers in its fight against Apple in court. According to a document unearthed by Inside Sources, Google, Facebook, eBay, Dell, HP and other big tech corporations have submitted a "friend of the court" brief on July 1st, supporting Samsung's stance. The two companies have been embroiled in legal fisticuffs for years, ever since Apple first filed a lawsuit against Samsung for violating various intellectual properties, such as tap-to-zoom, single-finger scrolling and two-finger zooming, as well as edge-to-edge glass design, among other things.

Samsung was eventually ordered to turn over the total profits of the Galaxy devices the court decided were infringing on Apple's IPs, worth almost $1 billion. Earlier this year, the Court of Appeals lowered that amount to $548 million, but the Korean electronics maker is still fighting for the decision to be reversed completely. See, the companies that filed the friend-of-the-court briefing believe that having Samsung turn over the total profits of those devices sets a bad precedent. They think that if the decision is allowed to stand, it "will lead to absurd results."

Inside Sources quoted this relevant part of the document to illustrate what the companies mean:

Under the panel's reasoning, the manufacturer of a smart television containing a component that infringed any single design patent could be required to pay in damages its total profit on the entire television, no matter how insignificant the design of the infringing feature was to the manufacturer's profit or to consumer demand.

Software products and online platforms face similar dangers. A design patent may cover the appearance of a single feature of a graphical user interface, such as the shape of an icon. That feature—a result of a few lines out of millions of code—may appear only during a particular use of the product, on one screen display among hundreds. But the panel's decision could allow the owner of the design patent to receive all profits generated by the product or platform, even if the infringing element was largely insignificant to the user and it was the thousands of other features, implemented across the remainder of the software, that drove the demand generating those profits.

As for Apple, it has reportedly asked for the dismissal of Google's involvement in the briefing, since it's the company behind Android, the platform loaded on most Samsung devices.

Via: The Verge
Source: Inside Sources
In this article: apple, court, facebook, google, lawsuit, legal, samsung
All products recommended by Engadget are selected by our editorial team, independent of our parent company. Some of our stories include affiliate links. If you buy something through one of these links, we may earn an affiliate commission.