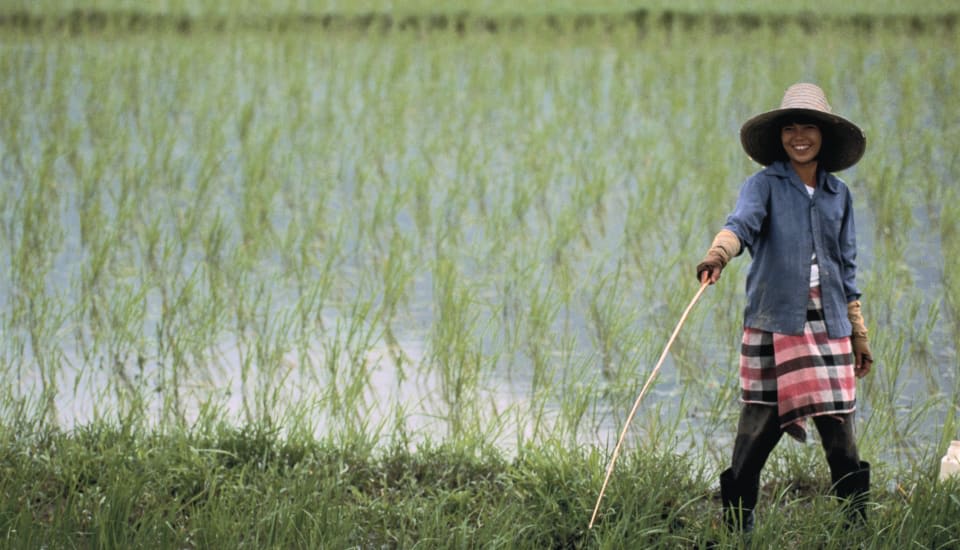 Apparently, the secret to better, more eco-friendly rice plant is another type of grain: barley. A team of scientists has created genetically modified rice that borrows a single gene from barley and found that the altered organism can generate up to 43 percent more grains per plant. Plus, its methane emission is down to 0.3 percent, a lot lower than regular rice's 10 percent emission observed during the scientists' experiments. Methane, as you might know, is one of the most potent greenhouse gases and is the second most prevalent in the US after carbon dioxide.

It's not 100 percent clear why the modified organism produces less greenhouse gas, but the scientists believe it could be because it stores more starch and sugar in its stems and grains than its roots. Regular rice has more starch and sugar in its roots, which tend to leak out and serve as food to microbes that turn them into methane. While this barley-rice organism sounds promising, the scientists still need to turn it into a variety farmers can easily cultivate, and that could take five to ten more years.

Via: Technology Review
Source: Nature
In this article: globalwarming, gmo, methane, rice, swedishuniversity
All products recommended by Engadget are selected by our editorial team, independent of our parent company. Some of our stories include affiliate links. If you buy something through one of these links, we may earn an affiliate commission.