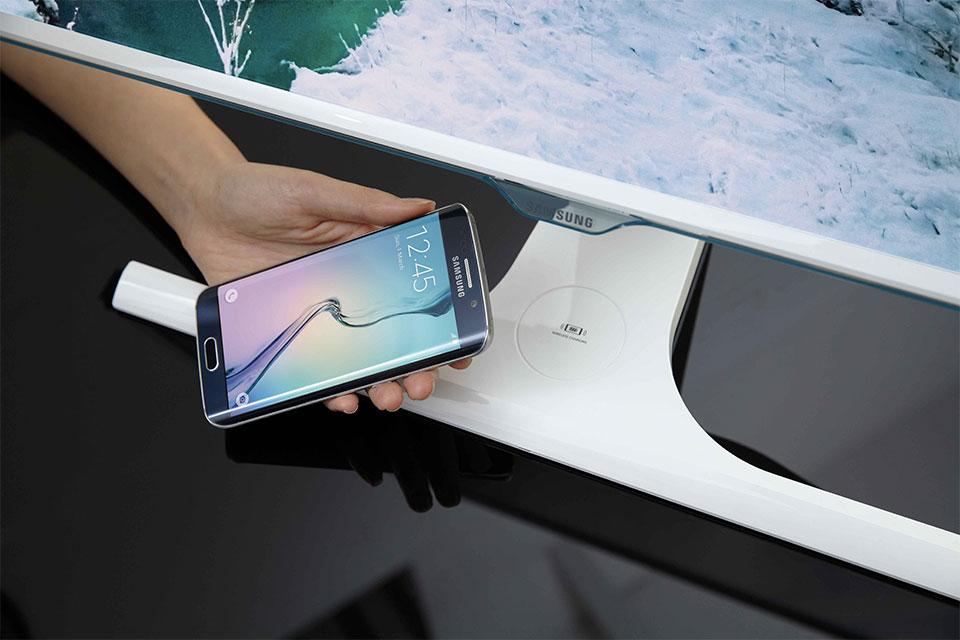 It's not coated in gold, but Samsung's newest screen -- a monitor this time -- packs wireless charging for mobile phones and other Qi-compatible gadgets. (Yes, functionality you'd actually want in your office monitor... if you have a wirelessly charging phone.) The full-HD 24-inch S24E370DL and 27-inch S27E370DS displays come with AMD's anti-flicker gaming tech as well as 178-degree viewing angles. Samsung's not offered a date or country for release, but we'd expect it to appear (somewhere!) by the end of the year. Expect a steady trickle of new products from the company: it's gearing up for Europe's biggest electronics show, IFA, which kicks off in September. Samsung fridges! Washing machines! Conceptual laptops! And possibly a new Galaxy smartphone. If you're good.

In this article: ifa, ifa2015, monitor, qi, QiWirelessCharger, S24E370DL, S27E370DS, samsung, SE370, video, WirelessCharging
All products recommended by Engadget are selected by our editorial team, independent of our parent company. Some of our stories include affiliate links. If you buy something through one of these links, we may earn an affiliate commission.