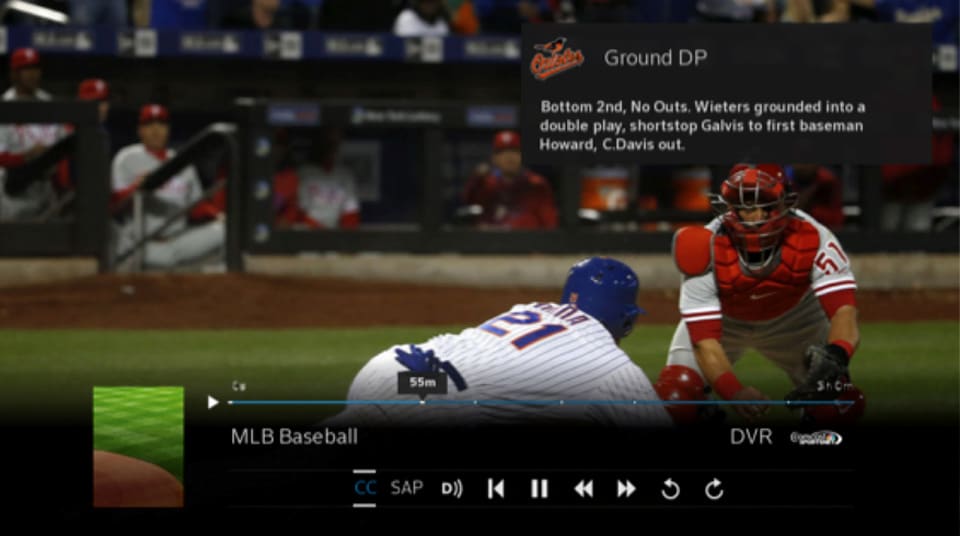 There are few things worse for DVR-toting sports fans than to realize that a game is going into extra time that they can't record -- just ask Red Sox and Yankees fans, who may have missed 10 innings this April. Thankfully, Comcast might save you from similar TV tragedies in the future. It's planning an upgrade to its X1 set-top box that can automatically extend recording in half-hour increments when a live event runs past its scheduled end. The extension feature is currently only useful for major sports leagues (MLB, NASCAR, NBA, NCAA basketball and football, NFL, NHL and soccer), but it should be reaching other live events in the future.

There's more waiting in the wings, too. One test (shown above) gives you the option of skipping to the highlights of a sports event you've recorded. You might not have to worry about missing scoring moments just because you're short on time, in other words. Another trial, Welcome Back, catches you up on both your DVR recordings and what's hot. There's no mention of when these features might move past the testing phase, but they're useful enough that we could see them rolling out quickly.

Source: Comcast
In this article: comcast, dvr, hdpostcross, sports, television, tv, x1
All products recommended by Engadget are selected by our editorial team, independent of our parent company. Some of our stories include affiliate links. If you buy something through one of these links, we may earn an affiliate commission.