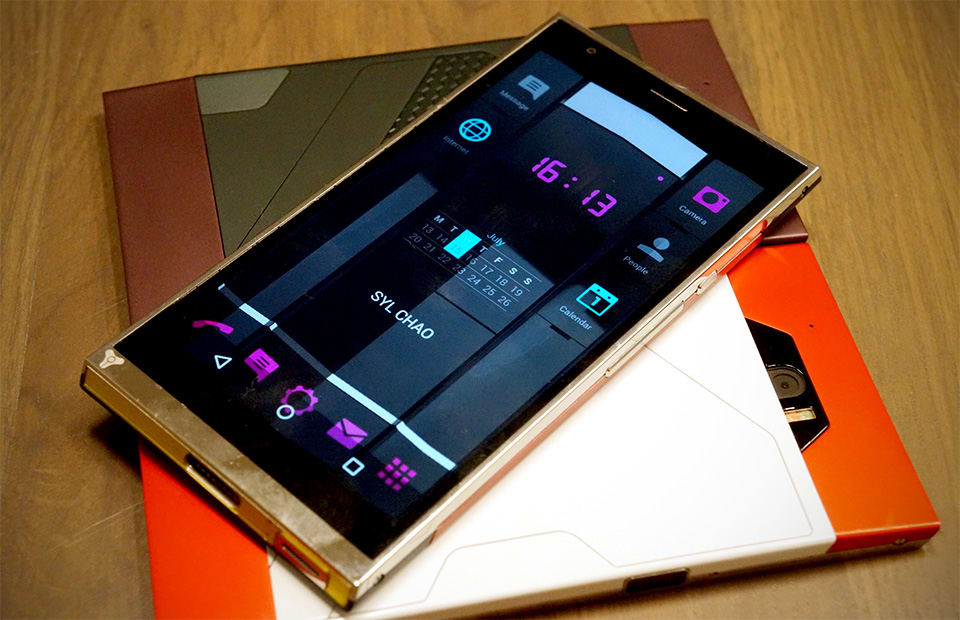 That rectangular, encrypted Turing Robotics phone that one of our editors called "charmingly quirky" is ready for release. In fact, it will start shipping out on December 18th -- that's also when Star Wars: The Force Awakens hits theaters, and yes, the company rep admits, it's not a coincidence. The Turing phone has a 5.5-inch 1080p screen, features encrypted communication and is built from a metal alloy called liquidmorphium, which is apparently stronger than titanium. Turing Robotics already gave people the chance to reserve units sometime ago, but if you want the "Dark Wyvern" special edition, you can pre-order one on September 24th.

Dark Wyvern's 128GB model will set you back $999, which costs quite a bit more than its ordinary counterpart ($870). The super-limited (only 3,000 units will be sold) special edition version called "Dark Wyvern Glaedr" is even more expensive, though, with its $1,299 price tag. We'll find out what makes that one so costly on September 9th, the same day Apple's slated to launch its new iPhones.

In this article: mobilepostcross, turing, turingphone
All products recommended by Engadget are selected by our editorial team, independent of our parent company. Some of our stories include affiliate links. If you buy something through one of these links, we may earn an affiliate commission.