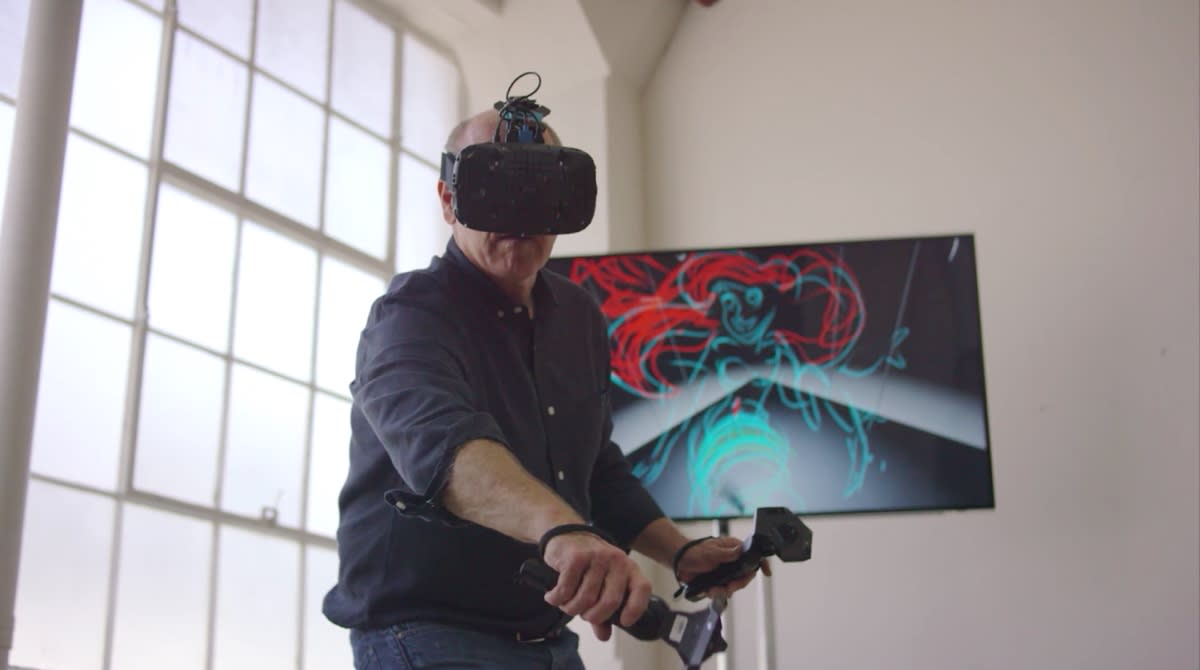 Chances are Glen Keane has made an impact on you. As an animator at Disney, he brought to life iconic characters like Aladdin, Ariel from The Little Mermaid, and everyone's favorite furry grump, Beast from Beauty and the Beast. But after spending nearly four decades at the house of Mickey Mouse, Keane left in 2012 to explore new ways to bring animation to life. His first stop was at Motorola's (now Google's) Advanced Technology group, where he developed the interactive animated short Duet (accessible as part of the Spotlight Stories app). But his next experiment is even more exciting: drawing in virtual reality. That's the subject of a new short, Step Into the Page, created for the upcoming Future of Storytelling Summit.

The film, directed by Ashley Rodholm, shows how virtual reality allows Keane to finally bring his characters to life. "When you draw, you're expressing something that's real, visceral," he says in the short. "By making a line, it's sort of a seismograph of your soul." Instead of a paper and pencil, Keane draws life-sized versions of Ariel and Beast in the short with an HTC Vive headset and the 3D painting app Tilt Brush app (which is now owned by Google). And rather than just being static on a page, he's able to walk around his characters as if they were fully three-dimensional. Most impressively, the short, which was shot in a day, only documents Keane's second time using VR tech. There's still plenty of room for improvement.

"In a way [VR] is making what happens already in my head a very tangible and practical thing. It's always been VR in my head," Keane said in an interview. "When I animate, I think of sculptural drawing. I try to turn a character in space so I can prove to you this is not a flat drawing."

While Keane is still learning the ropes of VR, he noted that "drawing in space felt very comfortable, and strangely normal." But, he added that it'll likely take time for us to figure out the best way to create things in virtual reality.

"What I realized about VR or AR (augmented reality) is that we're not going to really conquer that unless we really have time to master the craft, because it's a craft like sculpting or painting," Keane said. "You can't just give someone a paintbrush who hasn't held one before and ask them to create the Sistine Chapel ... The tool is there, but it's going to take patience and time."

In this article: Disney, GlenKeane, HTCVive, TiltBrush, VR
All products recommended by Engadget are selected by our editorial team, independent of our parent company. Some of our stories include affiliate links. If you buy something through one of these links, we may earn an affiliate commission.