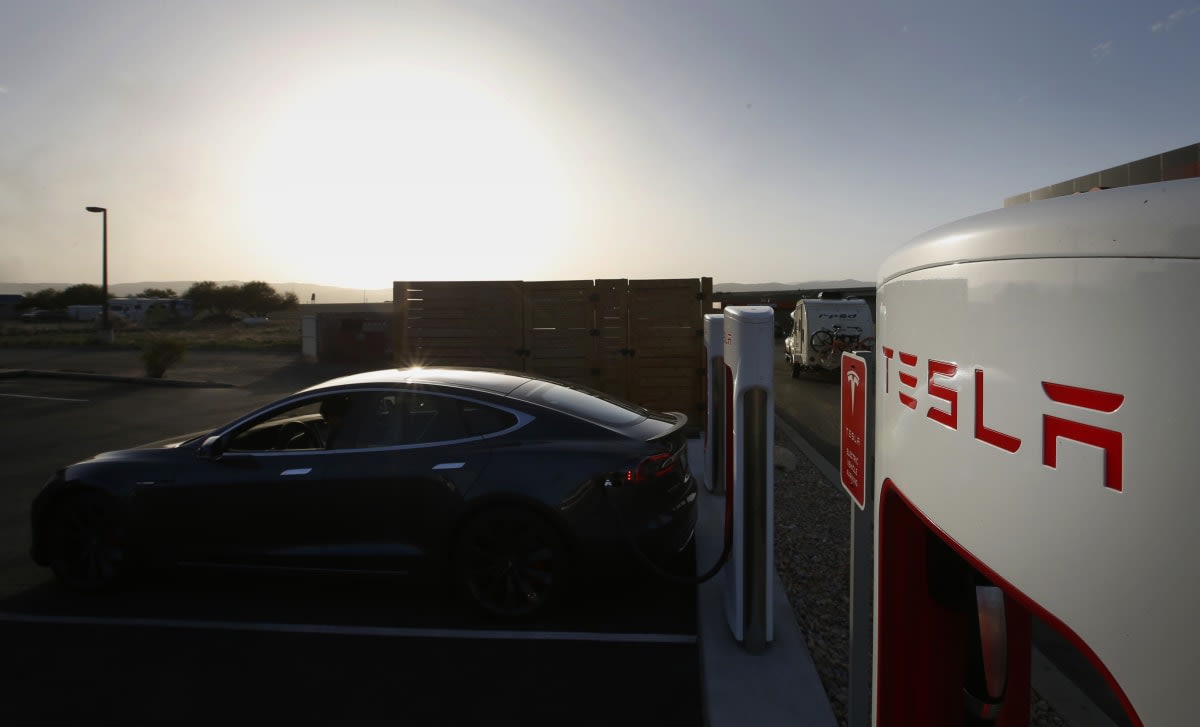 For anyone who thought that Los Angeles' efforts to turn its traffic problems green would end after a partnership with Waze, think again. The City of Angels has committed to leasing 160 battery-powered electric vehicles and 128 plug-in hybrids for its municipal fleet. A post on the LAPD blog says that the police, fire, general services, water and power departments will split the former, while the general services will also take all of the latter. Mayor Eric Garcetti says that this move puts LA closer to its goal of becoming the "most sustainable city in America."

For now it has to settle for having the largest city-owned fleet of battery-powered rides. The blog post goes on to say that as part of this Sustainable City pLAn (not a typo), it also has a shiny new Tesla Model S P85D and BMW i for "testing and research." Hopefully that includes seeing how effective Ludicrous Mode is against fleeing perps.

[Image credit: Bloomberg via Getty Images]
Via: The Verge
Source: LAPD
In this article: BatteryPoweredCars, bmwi, ericgarcetti, ev, lapd, losangeles, mayorgarcetti, PlugInHybrid, sustainablecityplan, teslamodels
All products recommended by Engadget are selected by our editorial team, independent of our parent company. Some of our stories include affiliate links. If you buy something through one of these links, we may earn an affiliate commission.