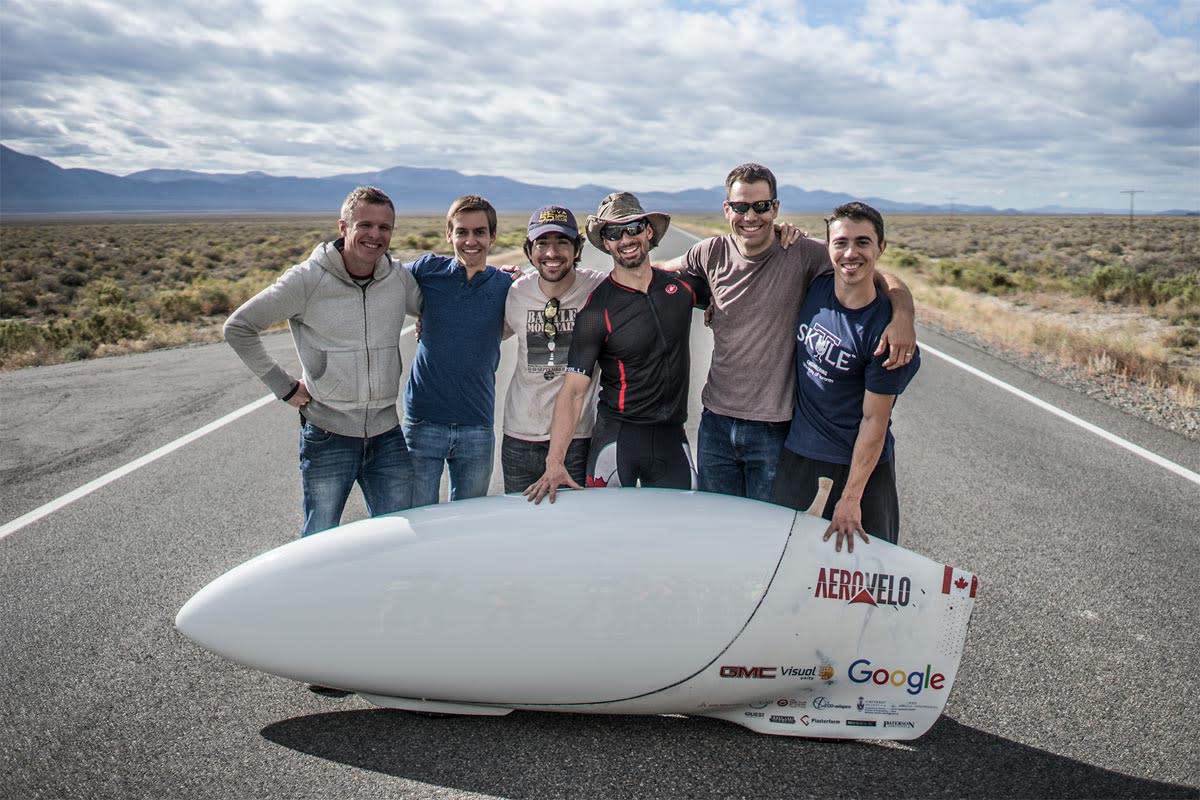 It might look like a kayak on its side, but that vehicle above has just broken the human-powered land speed record. The pilot, Todd Reichert, managed 85.71mph in his "Eta" speedbike on Thursday morning, comfortably besting the previous record of 83.13. Reichert is the pilot for team AeroVelo, and is competing in the World Human Powered Speed Challenge, taking place in Battle Mountain, NV this week. The WHPSC is basically where cyclists put their knees where their mouth is, and attempt to beat the record for pedal-powered speed. The 16th event of its kind, cyclists have a 5-mile run-up to gain speed, before hitting a 200 meter speed trap on a stretch of road hand-picked for its flatness. The magic 200 meter stretch was even specially repaved with the annual event in mind.

If you were to describe what the team at AeroVelo does, "human-powered world firsts" would be a fair answer. The team's Snowbird ornithopter (flapping wing craft) managed a world-first 19-second self sustained flight in 2010. In 2013, the crew would bag the coveted Sikorsky prize, which required a controlled human-powered helicopter to fly for one minute. The land speed record, therefore, was the next logical prize. The record may have been broken, but with the event running for two more days, Reichert and the other competitors aren't done yet -- there's still chance it might be broken again before the weekend is out. In the meantime, you can see the team's efforts from last year below.

In this article: aerovelo, eta, landspeed, speedbike, TL19GOFAST, transportation, worldrecord
All products recommended by Engadget are selected by our editorial team, independent of our parent company. Some of our stories include affiliate links. If you buy something through one of these links, we may earn an affiliate commission.