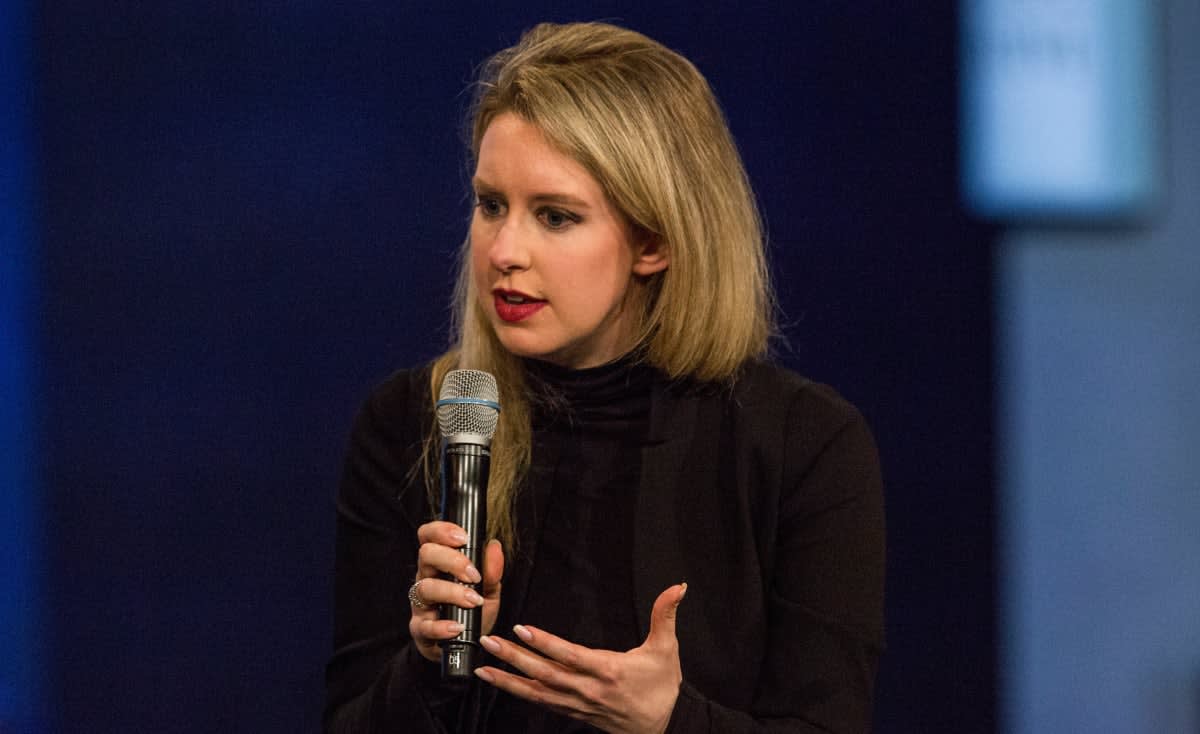 Theranos, the $9 billion Silicon Valley startup that promises blood test results with just a finger prick, is under serious scrutiny. According to The Wall Street Journal, FDA investigators recently showed up unannounced to inspect its laboratory, due to concerns about the data the company voluntarily submitted for approval of its testing methods. So far, the FDA has only approved one (for herpes) of the 100 Theranos tests waiting for its endorsement. Since the agency also marked the "nanotainers" -- containers that can keep tiny amounts of blood -- Theranos uses as "unapproved medical devices," the company was forced to stop drawing blood by pricking patients' fingers unless it's to check for herpes. In short, it has almost completely stopped doing what makes the startup unique, making it like any other lab, with needles, syringes and such.

Update (10/16): Founder Elizabeth Holmes had an interview with Jim Cramer on CNBC today (you can view it after the break), and Theranos has published another blog post promising "Unprecedented transparency." It confirms that the finger prick tests are only being performed to check for herpes, saying that it sought out and asked the FDA to review and fully clear its technology for other tests.

An earlier report published by the WSJ, said the company doesn't use its proprietary technology much anyway. A senior employee told the publication that the company was only running 15 of the tests it offers on its proprietary Edison machine as of December 2014; it was processing 60 more on traditional machines by diluting the drop of blood it collects through fingerprick. Around 130 more tests were conducted using other companies' devices and needed more than just a drop of blood -- and large samples drawn with needles. (Founder Elizabeth Holmes built Theranos due to her fear of needles in the first place.)

It's tests that use diluted blood that caused the company trouble, though. The former Theranos employees WSJ interviewed said the diluted samples usually fell below the concentration levels the machines required, causing accuracy issues. Early last year, some of their potassium tests came back with extremely high levels impossible to find in living human beings. The publication interviewed doctors and nurses whose patients reportedly got inaccurate test results indicating (non-existent) serious medical conditions, as well. The company's lawyer and Walgreens, where a lot of Theranos' wellness or blood-drawing centers are located, told the WSJ that those interviewees kept sending patients to its centers for testing until earlier this year.

The Journal said it also reviewed internal emails provided by its sources, and some of them revealed that the company split the test samples it received from federal proficiency testers into two. The first half was processed using Edison, while the other was processed using other companies' machines. These instruments apparently ended up spewing out different results, leading some employees to believe that Edison's were off. One employee even emailed Theranos COO Sunny Balwani to ask which set should be submitted to the testers, and he allegedly replied that "samples should have never run on Edisons to begin with." WSJ's sources said they did as their ex-head honchos instructed, but they were always worried that they were breaking federal regulations.

After the Journal published its piece, which casts doubt on the accuracy of Theranos' technology and on the legality of its practices inside the laboratory, the company aired its own statement denying the accusations. In it, the startup dismissed WSJ's sources as "inexperienced and disgruntled former employees and industry incumbents." It also claimed to have provided the publication with over 1,000 pages of statements and documents to prove the accuracy of its tests, as well as offered to send its proprietary devices to the Journal's office for a demo. The WSJ turned down that opportunity, the statement said, though the newspaper's more recent piece said it's been trying to get permission to visit the Theranos laboratory since April.

Today's Wall Street Journal story about Theranos is factually and scientifically erroneous and grounded in baseless assertions by inexperienced and disgruntled former employees and industry incumbents. Theranos presented the facts to this reporter to prove the accuracy and reliability of its tests and to directly refute these false allegations, including more than 1,000 pages of statements and documents. Disappointingly, the Journal chose to publish this article without even mentioning the facts Theranos shared that disproved the many falsehoods in the article... The Journal even declined an opportunity to experience the technology themselves by turning down our offer to send proprietary Theranos devices to their offices so they could have a demonstration of tests conducted themselves, and compare the results to those of other testing providers.

Via: TechCrunch
Source: The Wall Street Journal
In this article: bloodtests, fda, needles, startup, theranos
All products recommended by Engadget are selected by our editorial team, independent of our parent company. Some of our stories include affiliate links. If you buy something through one of these links, we may earn an affiliate commission.