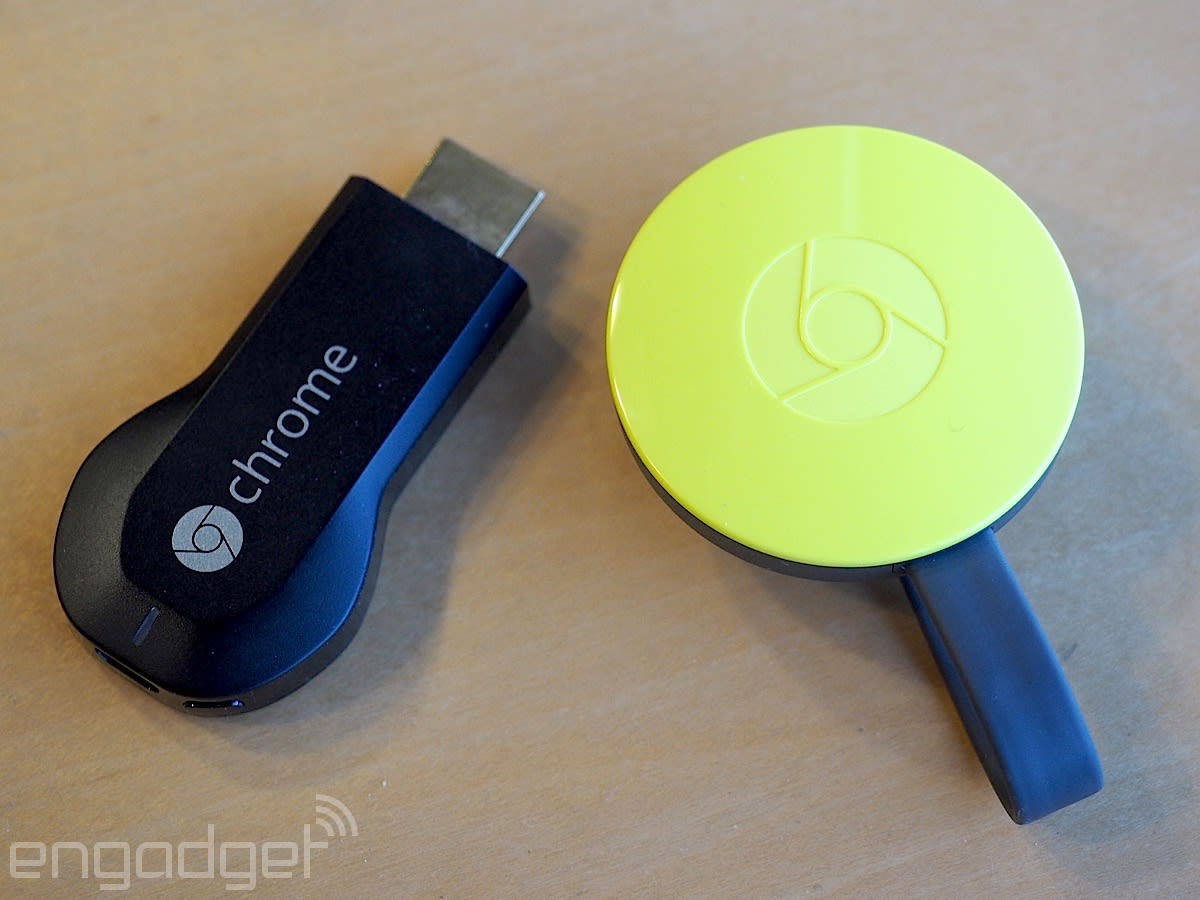 If you don't need one of those fancy new Chromecast devices Google announced a few weeks back but still want to 'cast tunes from Spotify, you're in luck. A new firmware update has arrived on the original Chromecast to enable casting music from the Spotify app on your iOS or Android device. As noted by users on Reddit, users with an original Chromecast can just reboot the device to either install or force the new firmware to download -- once that's done, you should be able to cast music from Spotify. The feature has been working with the new Chromecast Audio and second-generation Chromecast for a few weeks now, but it's good that Google has delivered on its promise to bring the feature to the first Chromecast, as well.

Via: Android Police
Source: Reddit
In this article: chromecast, google, spotify, spotifycast
All products recommended by Engadget are selected by our editorial team, independent of our parent company. Some of our stories include affiliate links. If you buy something through one of these links, we may earn an affiliate commission.