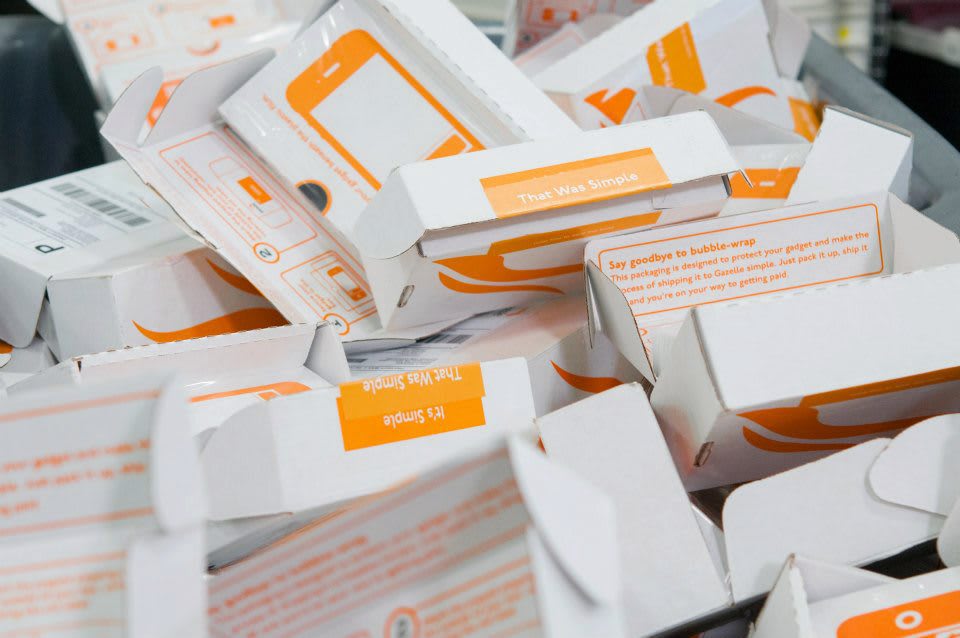 If you owned Redbox and faced a slowly declining disc-based movie rental business, what would you do? Diversify so that you're not rendered obsolete by internet video? If so, you're not alone. Outerwall (Redbox's parent company) has bought the phone trade-in firm Gazelle for a relatively modest $18 million. The deal gives it an online counterpart to EcoATM, its kiosk-based trade-in outfit -- the hope is that it'll catch those customers who'd rather not leave home to sell an old device. The shift in strategy may seem odd at first blush, but it makes sense given that Outerwall didn't have much success dragging Redbox into the streaming era.

Via: TechCrunch
Source: Outerwall (Marketwatch), Seeking Alpha
In this article: acquisition, ecoatm, gazelle, mobilepostcross, outerwall, redbox, smartphone, trade-in
All products recommended by Engadget are selected by our editorial team, independent of our parent company. Some of our stories include affiliate links. If you buy something through one of these links, we may earn an affiliate commission.