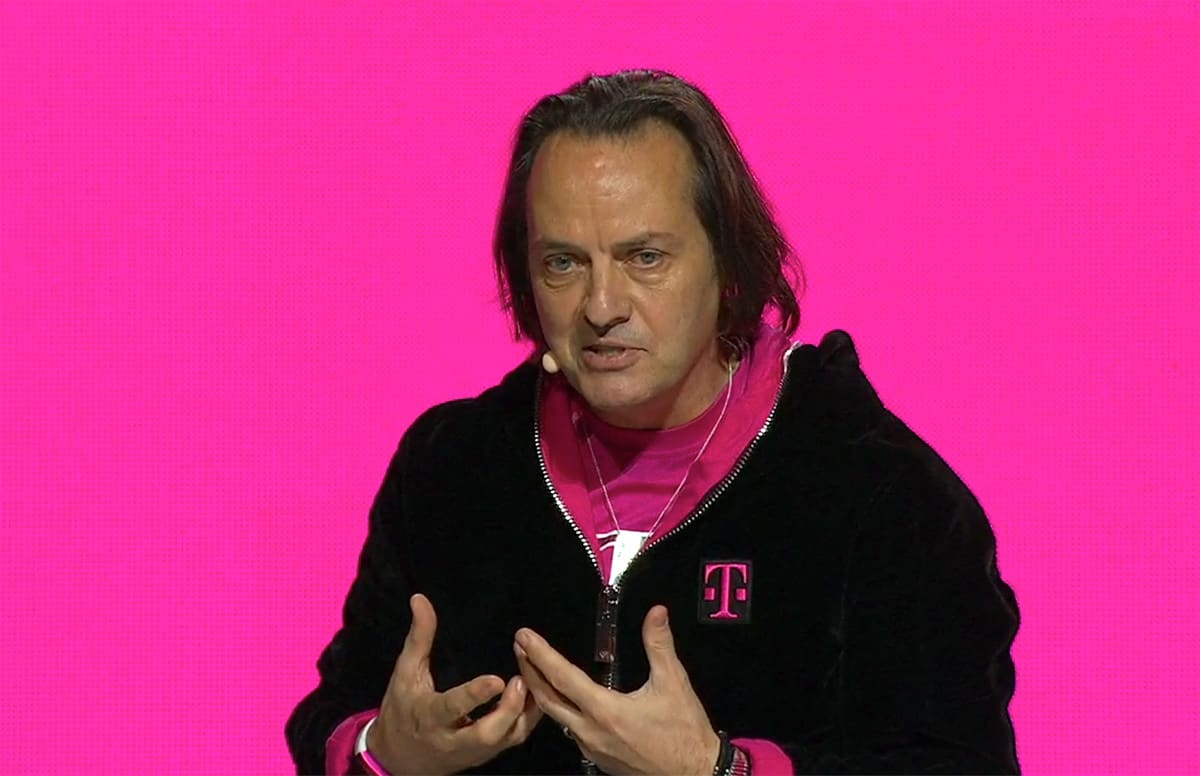 T-Mobile CEO John Legere is on a bit of a tear over in Los Angeles right now -- after doubling the amount of mobile data T-Mo customers will get as part of the carrier's Simple Choice Amped plans, he confirmed the existence of a Music Freedom-like feature for video services. Long story short, T-Mobile customers will be able to watch video at "DVD quality or better" (480p and above) from 24 streaming services without eating into their high-speed data buckets. And the price? As usual, it'll cost you a whopping zero additional dollars starting on Sunday for people who switch to the company's new Simple Choice Amped plans.

The feature, called "Binge On" gives subscribers unmetered access to Netflix, HBO Go, DirecTV and even Verizon's weirdo Go90 curated video service for free. If you're not itching to switch to a new plan, never fear -- as long as you're paying for extra data, you'll get the Binge nod in about two weeks.

As with Music Freedom, customers will be able to nominate new services to join the Binge fold, though it'll take a little backend work -- Legere says Binge is open to "anyone who can meet our technical criteria," though at this point we're not entirely sure what those criteria are. Legere pointed out the video streams are optimized for quality by way of tech proprietary to T-Mobile, and while those quality controls seem like a solid deal for customers, it might be harder for some companies to run with than others. While Binge On supports major video services like Hulu and ESPN, for instance, popular services like YouTube's Red subscription service haven't jumped on the bandwagon yet. The extent of these new video partnerships reaches beyond just unmeasured streaming. Chief Operating Officer Mike Sievert confirmed a deal with Vudu to give unlimited plan subscribers with Binge On access to one free movie rental a month, and threw in word of a monthly discount for Sling service too.

Like with Music Freedom before it, though, Binge On raises some hairy implications about net neutrality and how T-Mobile will specifically handle the data it carries from its video partners. Legere, however, proudly proclaimed "this is not a Net Neutrality problem" and the company is sticking to that line. T-Mobile CTO Neville Ray faced the same pointed question from the audience, and pointed out that the carrier isn't prioritizing partner data in any way -- instead, they're just optimizing the video with its proprietary tech to hit certain quality thresholds (and presumably not tear apart the network). Sounds like a big win for customers; we'll see if the FCC decides to take a closer look.

Source: T-Mobile
In this article: bingeon, mobile, mobilepostcross, netneutrality, tmobile, uncarrier, verizon, wireless
All products recommended by Engadget are selected by our editorial team, independent of our parent company. Some of our stories include affiliate links. If you buy something through one of these links, we may earn an affiliate commission.