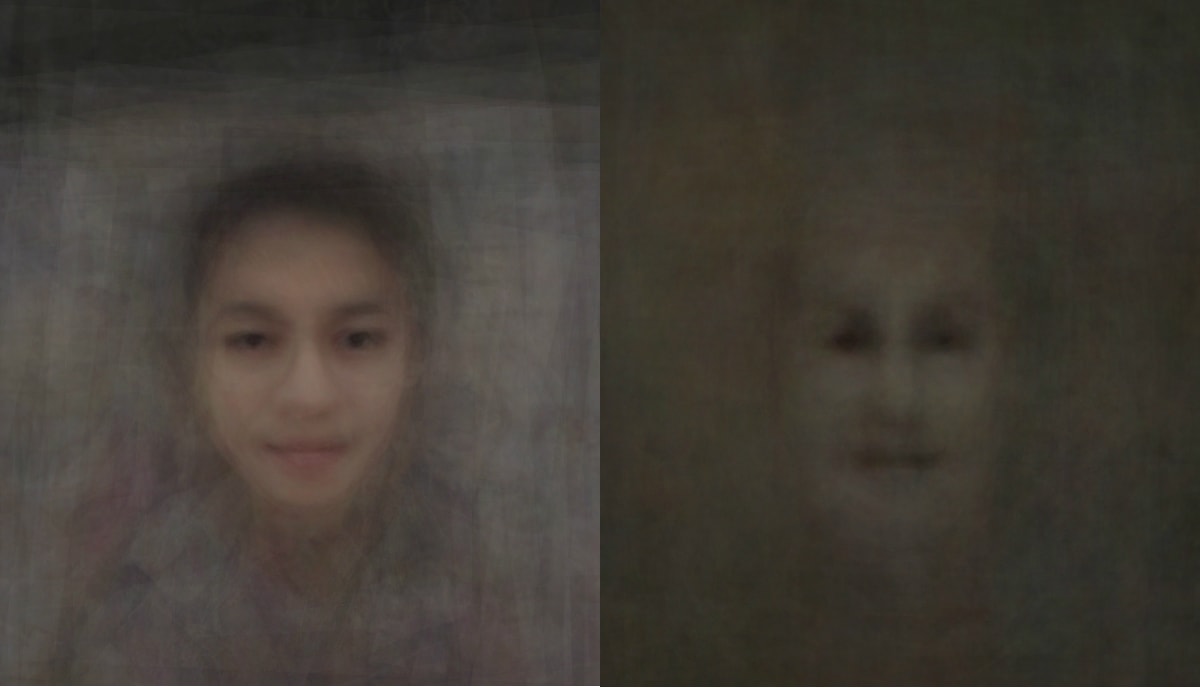 As the brain attempts to organize the visual world, it hones in on familiar patterns -- like the shape of a human face -- and sometimes, it even concocts these patterns out of random noise. We spot faces in all sorts of inanimate objects, from grilled cheese to buildings to coffee makers. Some objects are even designed with the human face in mind, at times to a creepy degree, as artist Robby Kraft found. Kraft used face-detection tech from Kyle McDonald (on GitHub) to overlay about 67 images of human faces found in the #selfie tag on Instagram; these created an "average" human face after about 15 images (above, left). He ran about 125 inanimate objects tagged #FacesInThings through the same software and, again after just 15 images, an eerily "average" human face emerged from the compilation (above, right).

To generate the "average" human face from the #selfie images, Kraft ran roughly 200 pictures through McDonald's algorithm, which detected faces in about one in three images. For the #FacesInThings compilation, he ran about 2,500 images through the algorithm and it detected faces in one in 20.

"[A peer] pointed out that this image is almost more revealing of the algorithm itself instead of the images, so that led me to trying the algorithm on pure noise," Kraft writes.

He then ran 7,000 images of pure noise -- random blotches of shadow and light -- through the program and it recognized faces in 47 pictures. It produced a ghostly, vaguely human image with two dark spots for "eyes," one for a "mouth" and a lighter vertical line for a "nose."

"This is a visualization of the face-detection algorithm; or a computer peering out from the void, learning a human face," he says.

[Image credit: Robby Kraft]
Via: Forbes
Source: Robby Kraft
In this article: FaceDetecting, faces, facesinthings, FacialRecognition, humanface, RobbyKraft
All products recommended by Engadget are selected by our editorial team, independent of our parent company. Some of our stories include affiliate links. If you buy something through one of these links, we may earn an affiliate commission.