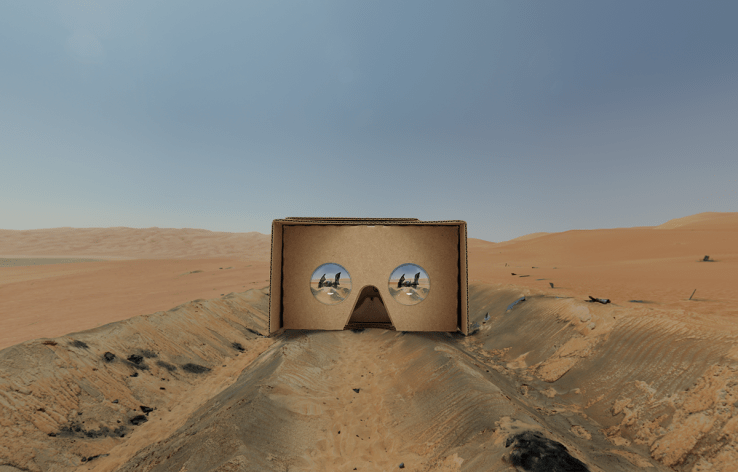 The Star Wars hype machine's rolling at full force. But that shouldn't surprise you, considering the new film from the world-famous franchise is debuting soon, on December 18th. As part of Disney's promotional efforts leading up to Star Wars: The Force Awakens, ILMxLAB (Lucasfilm's, Industrial Light & Magic's and Skywalker Sound's immersive entertainment laboratory) has created a virtual reality experience for Google Cardboard. Enter Jakku Spy, a VR project that ties directly into the latest installment of the movie series. The experience, available for iOS and Android, is designed to take you into another reality and put you in the role of a Resistance secret agent on Jakku, a desert environment derived out of The Force Awakens.

What's more, the updated Star Wars app also introduces an augmented reality character that comes to life after you scan the Star Wars: The Force Awakens movie poster. Now, if you don't have Carboard at your disposal, Verizon today started offering a set of Star Wars-themed headsets in stores -- the only caveat is you'll need to be a subscriber to have access to them. Otherwise you can always buy a VR viewer through Google's online store.

Source: App Store, Google Play
In this article: av, Cardboard, entertainment, gadgetry, gadgets, gear, Google, GoogleCardboard, JakkuSpy, StarWars, StarWarsTheForceAwakens, Verizon, VirtualReality, VR
All products recommended by Engadget are selected by our editorial team, independent of our parent company. Some of our stories include affiliate links. If you buy something through one of these links, we may earn an affiliate commission.