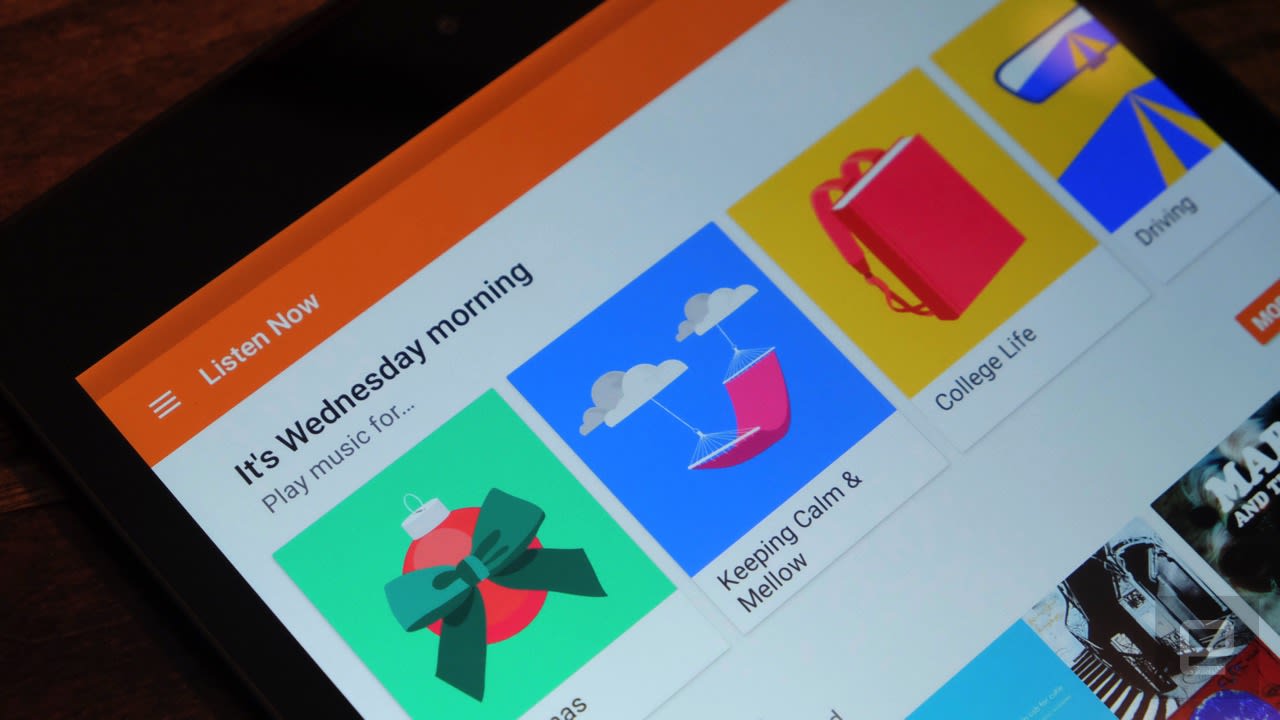 Back in September, Google announced that it would offer a family plan for its Play Music subscription service, and today it's finally launching. Just like Apple Music, $14.99 every month will get you and up to five additional family members access to the Google Play streaming music library. That includes access to 35 million songs on demand, ad-free playback (naturally) and the ability for each family member to stream simultaneously on their own devices.

This ends up being a better deal than Spotify if you want to get more than two people on the same plan. Spotify charges $14.99 a month for two family members and lets you add on additional users for $5, while Google and Apple both keep you at a flat $14.99 even as you add more people. In fact, Google Play Music has quietly become one of the best deals in streaming music. Beyond access to Google Play Music, a subscription will also get you the benefits of YouTube Red and will unlock the full features of the just-launched YouTube Music app. That's a pretty impressive deal for $14.99.

Google says that you should be able to sign up for a family plan on Android this week, and it'll work across Android, iOS and the web. We don't expect signups in the iOS app to go live (as Apple would take its 30 percent cut of that subscription revenue), but it seems logical that you'd be able to sign up over the web. We reached out to Google to check on that last point. If you've been waiting for this subscription option, just keep your eyes peeled -- users in US, Canada, the UK, Australia, France and Germany can sign up this week, and more countries should be added soon.

Update: Google let us know that, at least for starters, you'll only be able to sign up for a family plan on Android, but you can listen on iOS and the web as well. Google is working on bringing sign-up to those other places, but there's no word yet on when that'll happen.

Source: Google
In this article: entertainment, familyplan, familysubscription, gear, google, googleplay, googleplaymusic, services, streaming, streamingmusic, subscription
All products recommended by Engadget are selected by our editorial team, independent of our parent company. Some of our stories include affiliate links. If you buy something through one of these links, we may earn an affiliate commission.