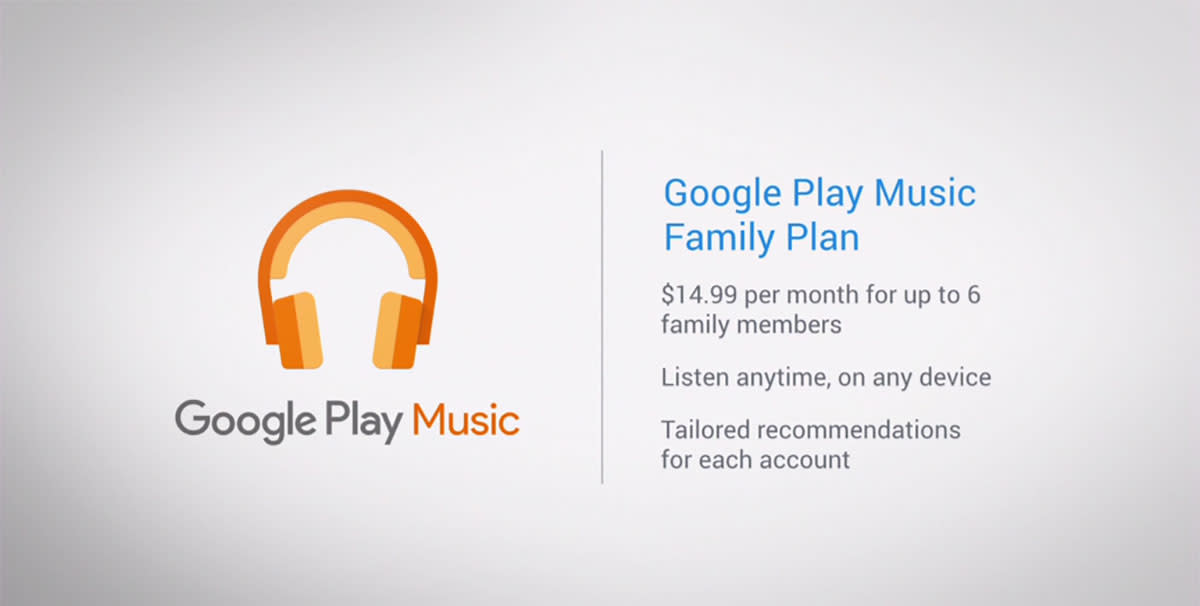 Family pricing has been all the rage when it comes to music-streaming services. After the likes of Rdio, Spotify, Tidal and Apple Music announced reduced rates for you and your family, Google has a family plan of its own for Play Music. Mountain View is offering access to its library of tunes for up to six people for $15 a month. That's exactly what Apple offers, and it's a much better deal than Rdio and Spotify, which only allow two people to stream for that price. With Play Music, each member of the crew will be able to listen on any device and the app will serve up recommendations that are tailored to each user. Google says it's still "putting the finishing touches" on the family sharing, and it plans to roll it out later this year.

In this article: audio, familyplan, familyplans, google, googlemusic, musicstreaming, nexus2015, pricing, streaming
All products recommended by Engadget are selected by our editorial team, independent of our parent company. Some of our stories include affiliate links. If you buy something through one of these links, we may earn an affiliate commission.