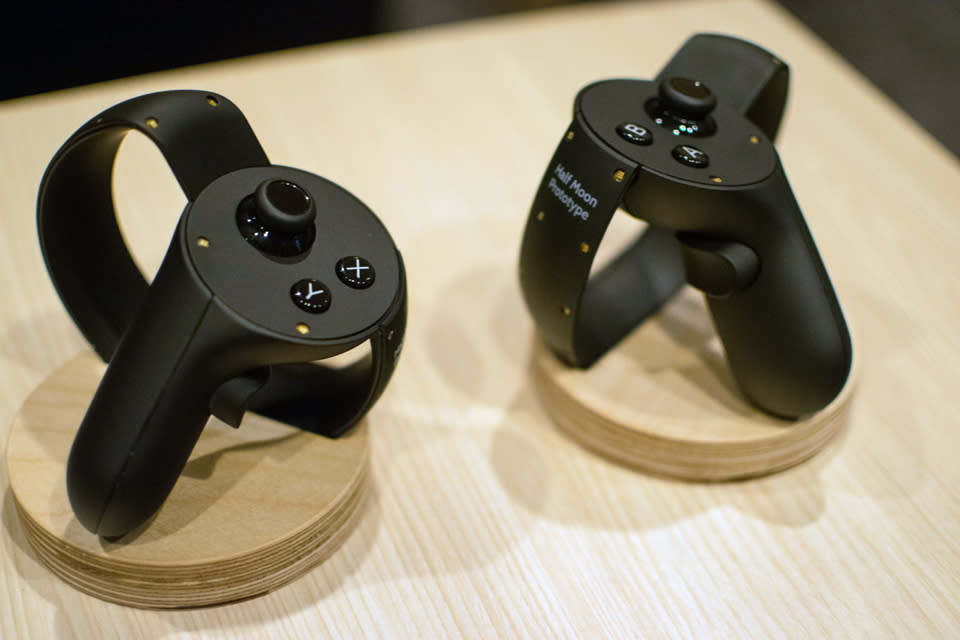 Did all of the recent Oculus news make your heart skip a beat? Well, here's another bit to make your blood pump go pitter-patter: Should you pre-order the consumer edition of the Rift VR headset, you've automatically got a spot in line when the company starts accepting purchase reservations for its awesome Touch motion controllers later this year. The news comes by way of a tweet from Oculus VR founder Palmer Luckey:

If you were looking for pricing on the motion-input controllers, much like news on how much the Rift itself will cost, you'd probably have better luck finding a full bottle of hand sanitizer in the Las Vegas Convention Center this week. Which is to say, it's nonexistent at this point. Luckey said, in response to people asking him about a Rift/Touch package discount, that "everyone with Touch needs a Rift," so consider the price break built into the price of the "subsidized" Rift hardware.

Want more from Luckey this week? Make sure to come back here Thursday when we interview him live on our stage at 5 PM Eastern / 2 PM Pacific.

In this article: av, ces2016, gadgetry, gadgets, gaming, gear, OculusRift, oculustouch, oculusvr, virtualreality
All products recommended by Engadget are selected by our editorial team, independent of our parent company. Some of our stories include affiliate links. If you buy something through one of these links, we may earn an affiliate commission.