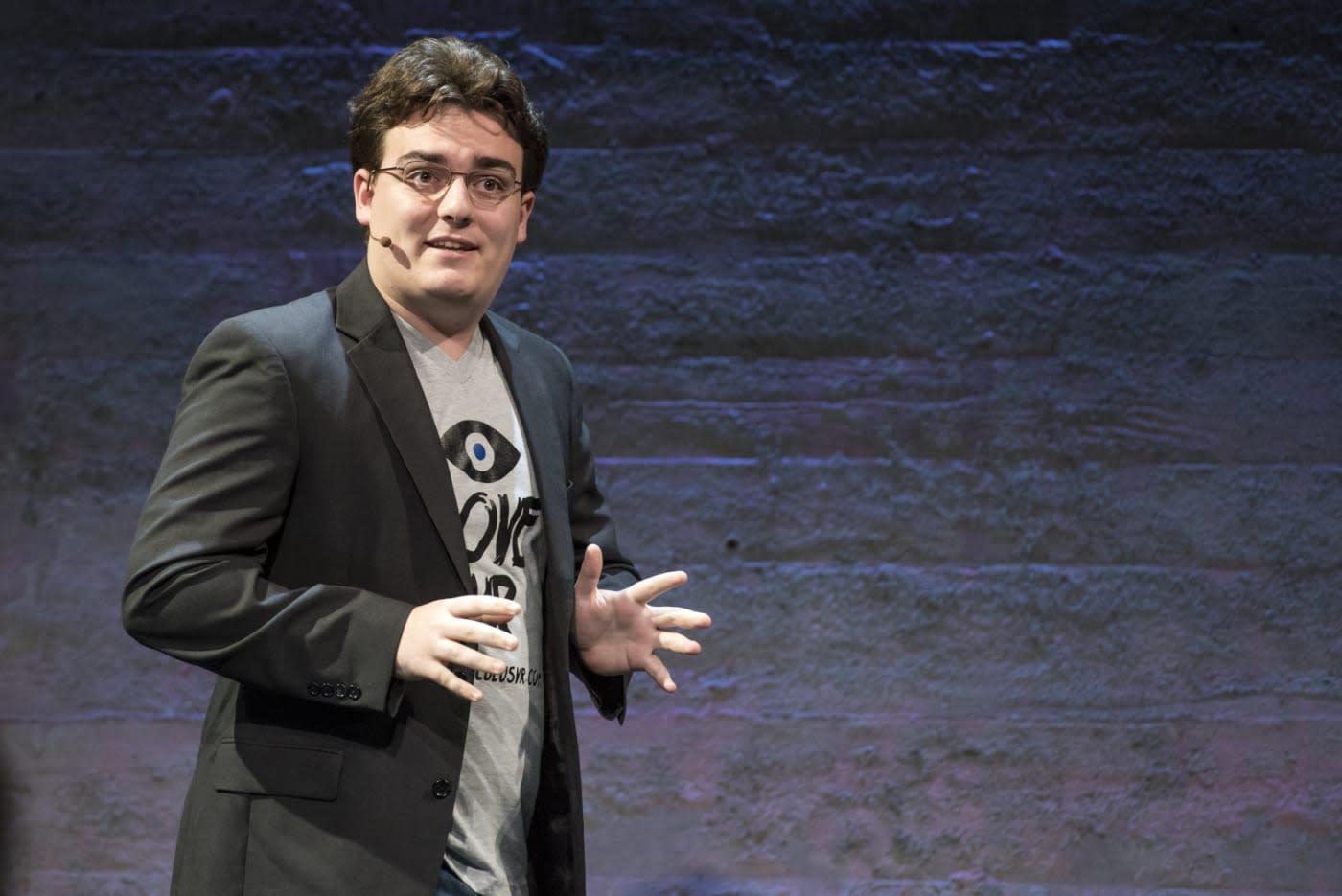 It's fair to say that quite a few people are disappointed with the price of the Oculus Rift -- just read the comments on our article announcing that pre-orders had gone live. At $599 (€699 in Europe and £499 in the UK) it's a considerable investment, and one that's surprised people given that Oculus VR founder Palmer Lucky once mentioned a "$350 ballpark" figure. In a Reddit AMA, the designer has apologized for the way the Rift's price was communicated, saying his original comment was "ill-prepared" and reactionary to articles that stated the final version would cost $1500 on its own (in fact, that's the price of a future Rift and PC bundle.)

"I handled the messaging poorly."

"I tried to get across that the Rift would cost more than many expected, in the past two weeks particularly," Luckey wrote. "There are a lot of reasons (why) we did not do a better job of prepping people who already have high end GPUs, legal, financial, competitive, and otherwise, but to be perfectly honest, our biggest failing was assuming we had been clear enough about setting expectations."

Another problem, Luckey surmises, was the price of the earlier DK2 hardware. The development kit cost $350, possibly reinforcing the idea that the final version would cost a similar amount. "An assumption that myself (and Oculus) did not do a good job of fixing. I apologize." The perceived price jump, he argues, is a reflection of the components packed inside, which have been continually refined and upgraded since the first prototype. "To be perfectly clear, we don't make money on the Rift," Luckey says. "It is expensive, but for the $599 you spend, you get a lot more than spending $599 on pretty much any other consumer electronics devices - phones that cost $599 cost a fraction of that to make."

Oculus has been pretty clear that it doesn't expect to sell millions of Rifts straight away. Luckey himself has stressed that VR headsets will be expensive at first, but slowly come down in price like any new technology. The priority, at least to begin with, is to ship a product with the best experience possible, thereby selling the concept of VR. For the public, however, that means a steep cost of admission -- on top of the $599, users also have to consider the price of a high-end gaming PC. To be an early adopter, the fact is you're going to need pretty deep pockets.

In this article: ama, facebook, gear, oculus, oculusrift, reddit, redditama, virtualreality, vr, wearables
All products recommended by Engadget are selected by our editorial team, independent of our parent company. Some of our stories include affiliate links. If you buy something through one of these links, we may earn an affiliate commission.