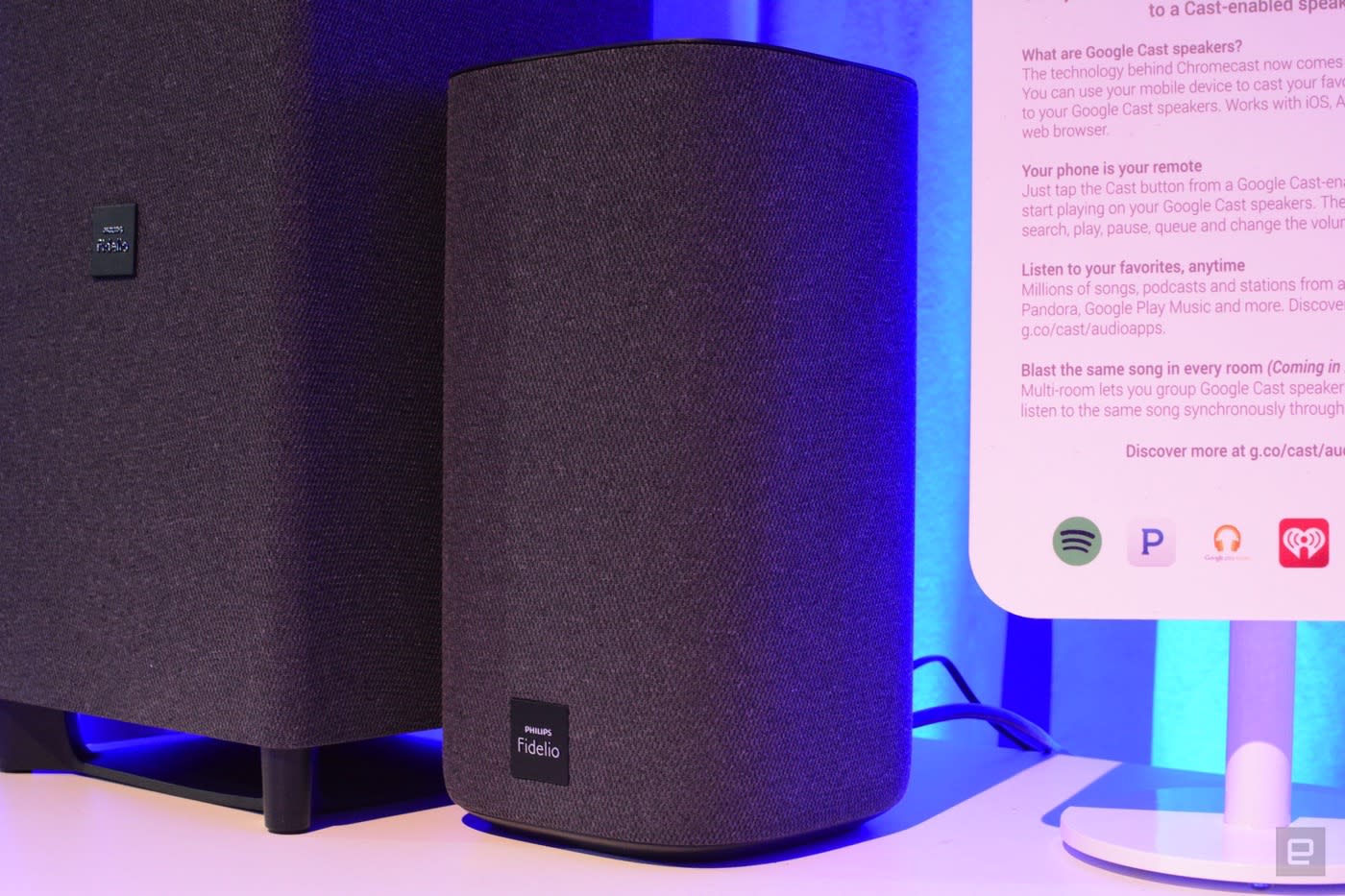 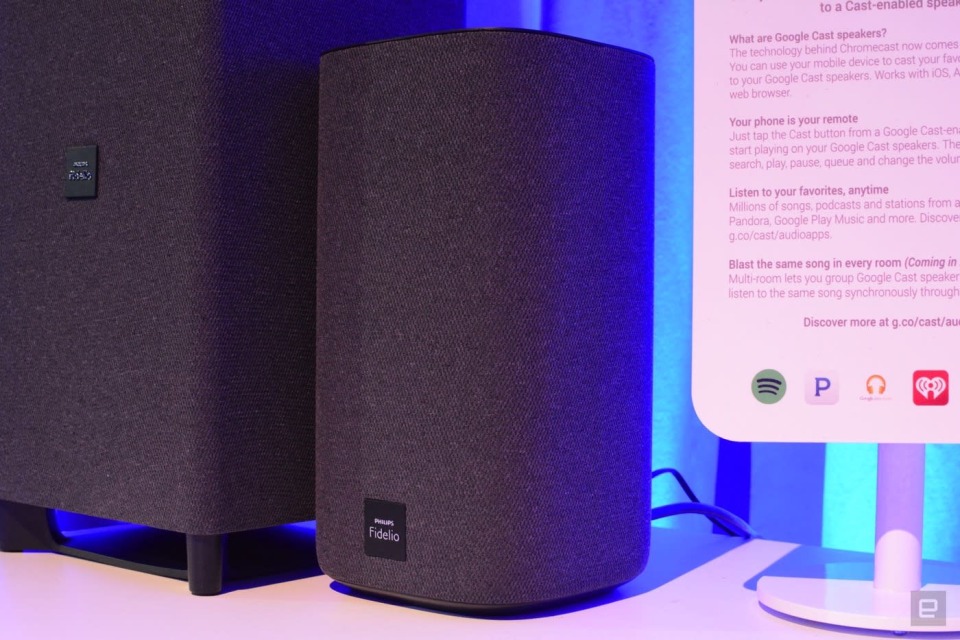 When it comes to home theater speakers, they're mostly meant for one purpose: audio from your television. Sure, you can connect a mobile device and listen to music, but you're pretty much stuck with the same speaker layout. Philips is looking to offer a solution that's more modular while still keeping the 5.1 surround sound abilities. With the €899 Fidelio E6 (no US pricing yet), the company's solution is detachable speakers. Yes, really. The concept isn't new to Philips, as it already launched a soundbar with removable speakers on the ends. The Fidelio E6 goes a bit further than that. In its regular mode, the system is composed of two stereo speakers and a subwoofer, all of which are wireless. This would be the primary setup when you're looking to play music, for example. When it's time to watch a show or movie, the top sections of the two speakers detach, allowing for a complete surround sound setup. Philips calls this Surround on Demand. The 5.1 system is enabled by center-facing speakers inside those two speaker towers. Why would you want this? Well, Philips says most folks only use surround sound a few times a week, so gear that's able to adapt makes more sense.

Should you need a single Bluetooth speaker in another room, all you have to do is switch off the Surround on Demand and switch on Bluetooth on those top sections. They have the ability to serve as standalone wireless speakers whenever you'd like. And you aren't limited to Bluetooth either, as the those speakers (and the whole system) plays nice with Google Cast and Spotify Connect.

If you're familiar with a basic surround sound gear, you know that there's usually a sweet spot where the system sounds the best. And it's typically one seat. With the Philips Fidelio E6, you don't have to worry about where you place those speakers once they're removed from their bases. The system has a two-step calibration system that's triggered with a button on the remote. Basically, the speakers adjust to where you place them in that Surround on Demand mode to keep things sounding top-notch.

When I spent some time with the setup, I immediately noticed that pictures don't really do them justice. The speakers and sub are wrapped with wool covers with wood veneer panels and leather handles. The mix of materials enhances the overall design nicely. The speakers themselves are also rather compact, and they won't demand too much space in your living room. I was able to give the Fidelio E6 a brief listen, and from what I experienced, they work as advertised. I can't really speak to the overall audio quality, though, as the demo took place in a rather noisy space. However, there was enough to peak my interest, and I look forward to spending more time with the gear in the near future.

In this article: av, ces2016, dolbyatmos, e6, entertainment, fidelio, fidelioe6, gear, hands-on, homeentertainment, philips, speakers, surroundsound
All products recommended by Engadget are selected by our editorial team, independent of our parent company. Some of our stories include affiliate links. If you buy something through one of these links, we may earn an affiliate commission.