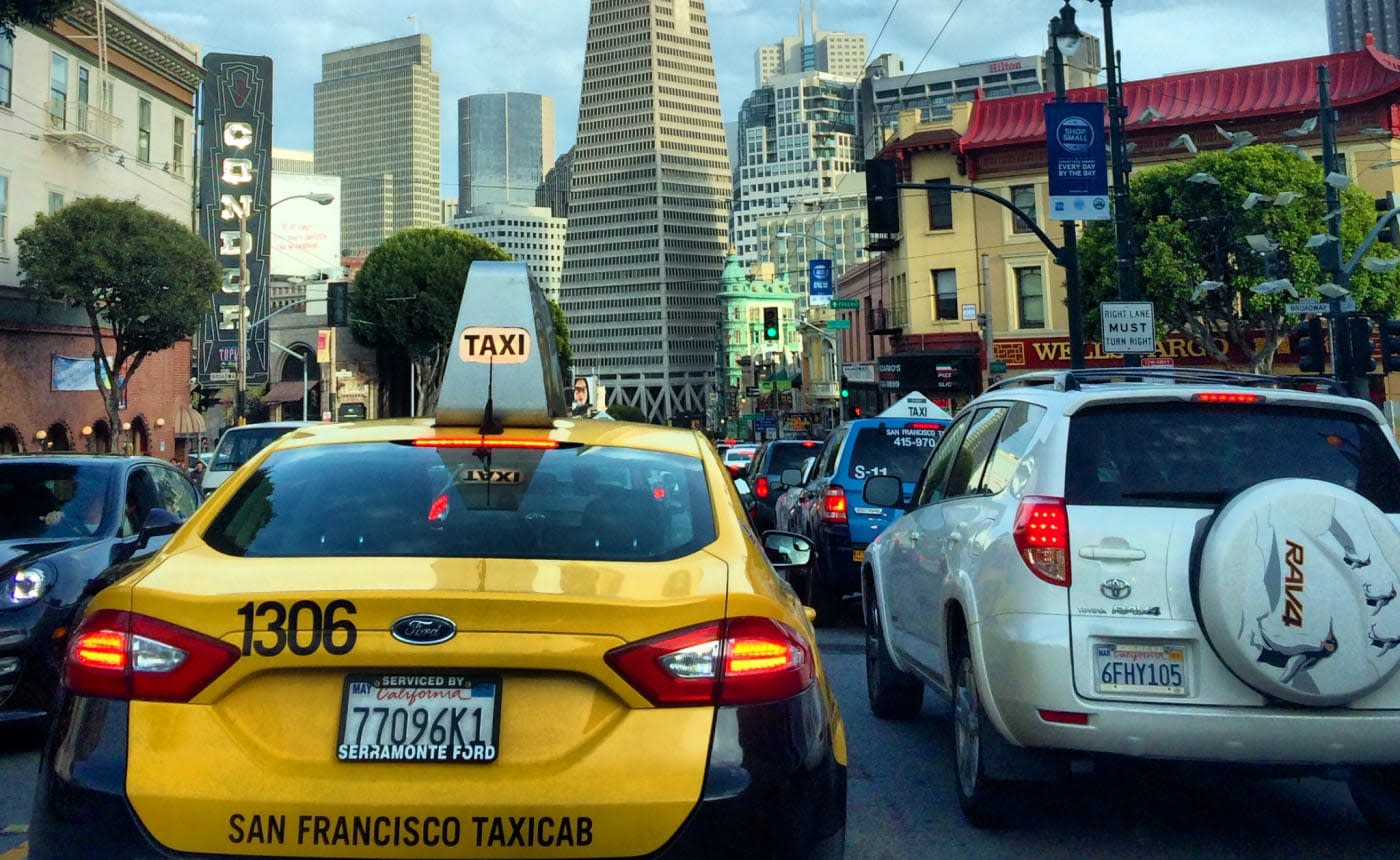 If the San Francisco Municipal Transportation Agency's word isn't enough, take it directly from taxi companies: ride-sharing apps like Uber and Lyft are taking business from traditional cab drivers. According to a report from the San Francisco Examiner, Yellow Cab Co-op, the biggest taxi company in the city, is on the verge of filing for bankruptcy.

Officially, the company told the Examiner that its business is "healthy," but a letter circulated by the group among its members paints a more dire picture. "We are in the midst of serious financial setbacks," the text reportedly reads, "...due to business challenges beyond our control and others that are of our own making." According to the paper's industry sources, fierce competition from Uber and Lyft are among the challenges.

The cab company's woes aren't all competition based, however -- former Yellow Cab president Jim Gillespie told Examiner that most of the expenses are coming from liability lawsuits, some of which have ordered the company to pay out amounts greater than a million dollars per case. Either way, the company says it has already started filing for chapter 11 bankruptcy, but has no plans to close after restructuring.

In this article: bankruptcy, culture, lawsuit, lift, lyft, sanfrancisco, taxi, transportation, travel, uber
All products recommended by Engadget are selected by our editorial team, independent of our parent company. Some of our stories include affiliate links. If you buy something through one of these links, we may earn an affiliate commission.