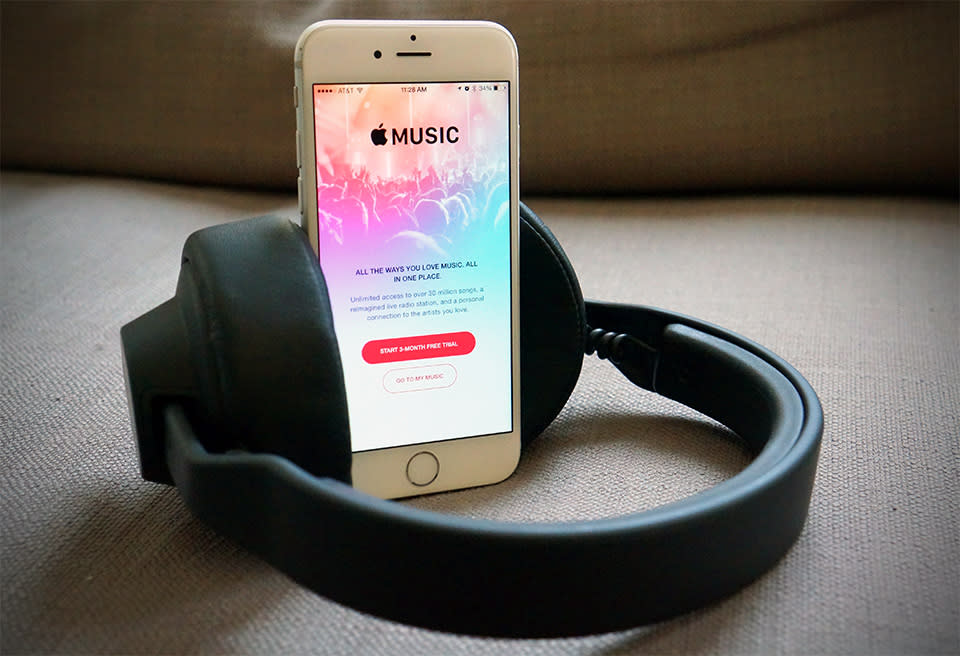 Rumors have swirled about Apple ditching the traditional 3.5mm headphone jack for much of the last year. Now, one of the most reliable Apple rumor reporters is saying that the iPhone 7 will indeed force owners to use either wireless headphones or a wired option through the device's Lightning port. Mark Gurman at 9to5Mac today posted a report claiming that the 3.5mm headphone jack was history and that Apple is also developing a premium pair of wireless headphones to go with the new phone.

If you're not interested in using wireless headphones, you'll need to find a pair of Lightning-compatible headphones for the iPhone 7. It wouldn't surprise us if Apple included an adapter to go from 3.5mm headphones into the Lightning port, but that's a clunky and unappealing solution. So if you get a new iPhone this year, your old wired headphones will be by and large left behind. Gurman's report indicates the phone will come with a new set of Lightning-connected EarPod headphones so you'll have something to use right out of the box.

Apple's obviously not adverse to cutting older ports from its products -- the new MacBook with its single USB-C port is just the latest example. But the iPhone is the company's biggest and most profitable business, and taking away such a useful and important legacy connector would be a pretty bold (or stupid) move.

To move its customers into this wireless world, it sounds like Apple will lean on the resources it acquired when it bought Beats in 2014 to unveil a premium pair of wireless earbuds. These headphones will reportedly be truly wireless, with no cable connecting the two earpieces. The accessory is also expected to include a noise-cancelling microphone and a button for taking phone calls. It sounds like a decent solution to the lack of a headphone jack, but it won't come cheap -- Gurman says it'll be positioned as a "premium" accessory, and comparable headphones from Bragi cost $299.

Of course, if history holds, we're a good nine months out from the next iPhone, so anything could change. But Gurman's track record, as well as other reports that have bubbled up over the last few months, make it ever more likely that the 3.5mm headphone jack will be a thing of the past with the iPhone 7. Apple's relentless and perhaps unnecessary pursuit of thinner devices makes this a necessity, but it's still a bitter pill to swallow.

In this article: apple, av, gear, headphonejack, headphones, iphone7, mobile, rumor, wirelessheadphones
All products recommended by Engadget are selected by our editorial team, independent of our parent company. Some of our stories include affiliate links. If you buy something through one of these links, we may earn an affiliate commission.