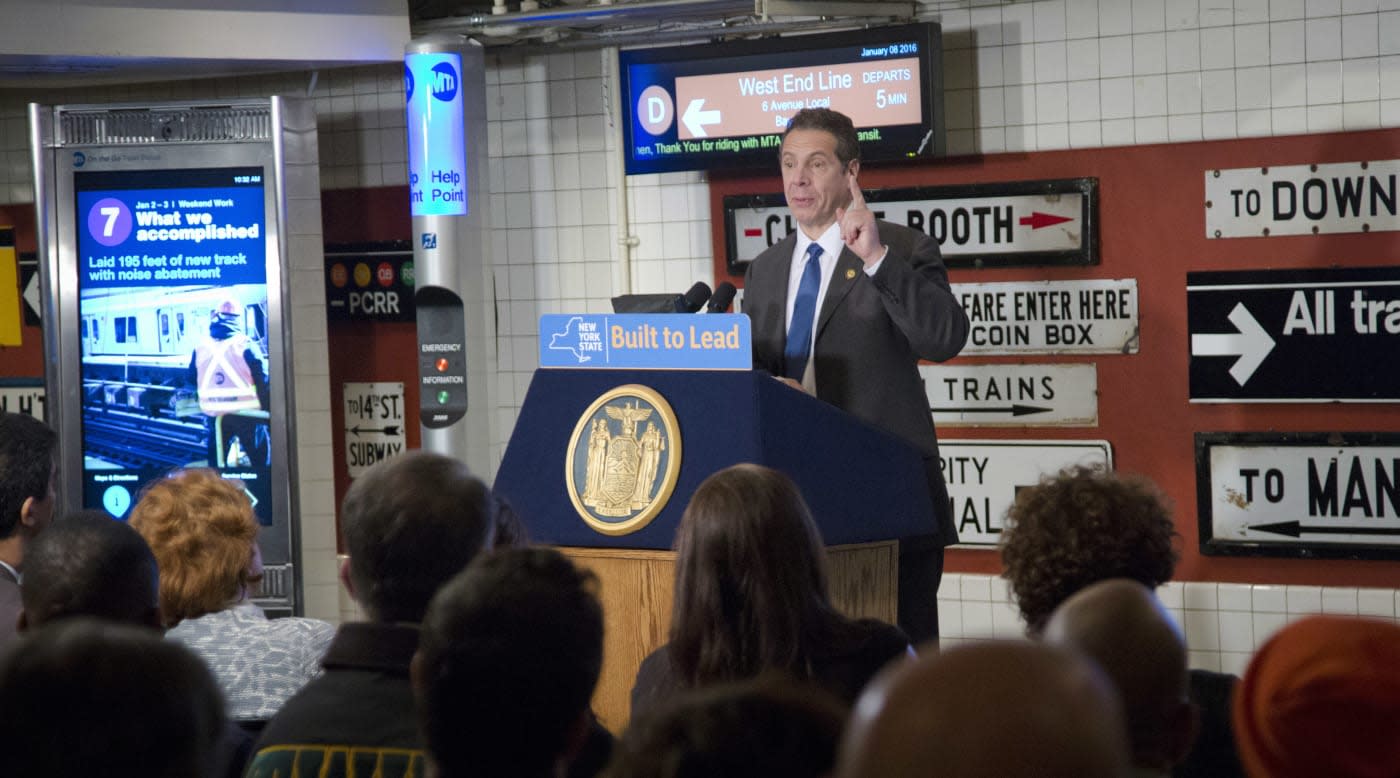 Forget having to remember which New York City subway stations have WiFi -- by the end of this year, you won't have to pick and choose. State governor Andrew Cuomo has promised that every underground station will get WiFi by the end of the year, guaranteeing at least some kind of internet access while you're waiting for your train. Complete cellular service will come slightly later, with end-to-end access ready by early 2017. Either is heartening news if you regularly commute underground, since Transit Wireless (which is handling the service) had previously targeted late 2017 for full WiFi service.

There should be more in the works, too. Cuomo has proposed a contactless payment system that would let you use your smartphone or newer bank cards to pay your fare, rather than busting out your MetroCard or some tickets. The current proposed phone system looks a bit clunky with its QR-based scanning, but NYC buses and subways won't get this feature until 2018 -- hopefully, it'll include NFC-based payments (such as Apple Pay or Android Pay) by then. Both the Long Island Rail Road and Metro-North Railroad will have mobile ticketing within half a year.

And yes, the city plans to drag trains (and buses) into the modern era. You'll get real-time arrival data for all subway lines, and more countdown clocks. Also, subway cars will start getting USB charging ports this year (400 will have them by next year), and every new bus delivered from this year forward will have WiFi hotspots. In short, NYC's mass transit system will soon revolve around mobile. While there will still be gaps in coverage (most notably when you're in the middle of some tunnels), they may soon become the exception rather than the rule.

In this article: bus, gear, internet, masstransit, metrocard, mobile, mobilepayments, mta, networking, newyorkcity, nfc, nyc, publictransit, subway, transit, TransitWireless, transportation, wi-fi, wifi
All products recommended by Engadget are selected by our editorial team, independent of our parent company. Some of our stories include affiliate links. If you buy something through one of these links, we may earn an affiliate commission.