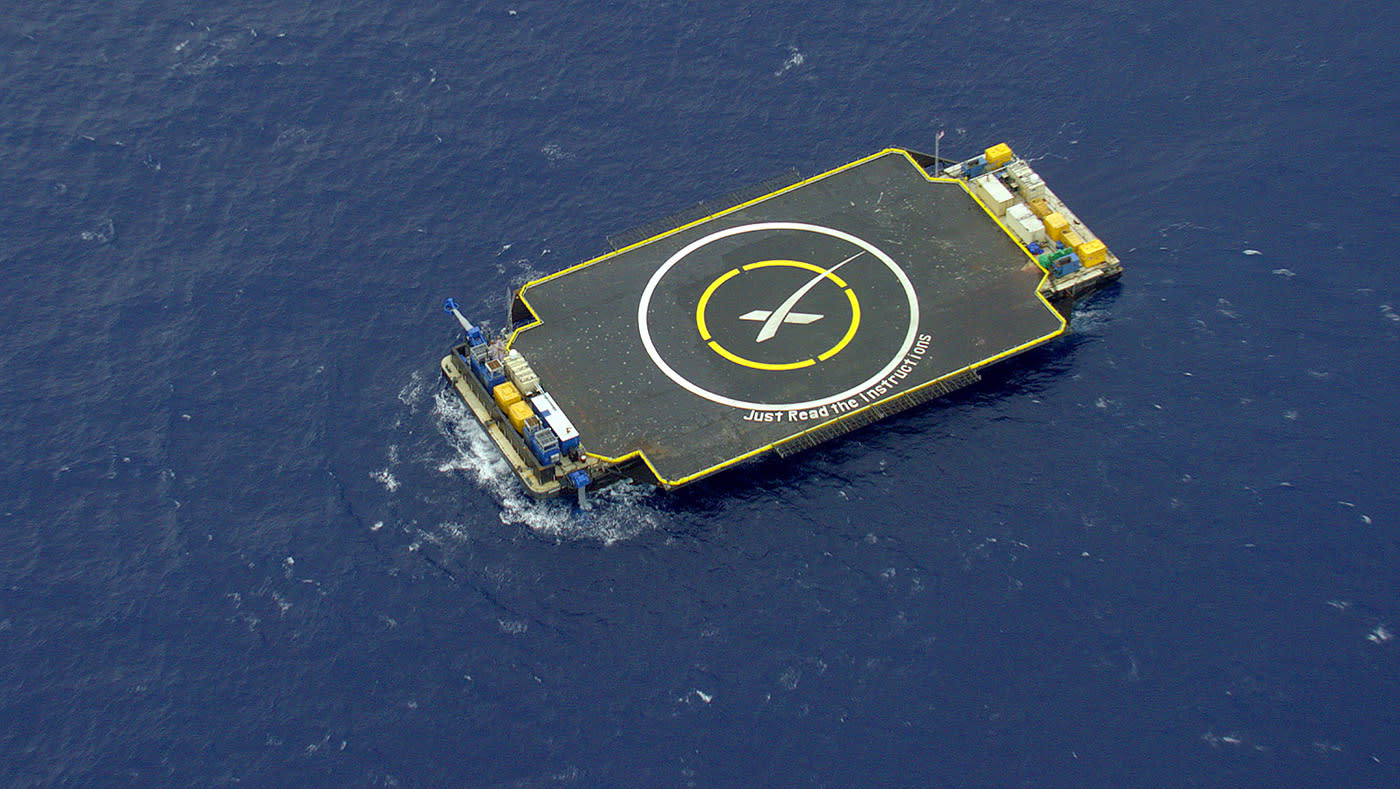 After SpaceX's Falcon 9 rocket launches the Jason-3 satellite on January 17th, its first stage will attempt to land back to Earth unscathed. The private space corp performed a successful touchdown in December, but that was on solid ground. This time, the company will try to land on a drone ship -- something it failed to do twice in the past. According to TechCrunch, Musk and team have restored the barge they used for their first venture named "Just Read the Instructions" after the starships in Iain M. Banks' sci-fi novels.

The rocket that will blast off on the 17th isn't the same one the landed in December -- that one will most likely never be used again. It's an older version that apparently "does not have the power to attempt a touchdown on land," SpaceX told Reuters. Even so, it's much, much harder to perch a rocket on a floating drone ship than on still, solid ground. It's not entirely clear why SpaceX has decided to give ship landing another shot. As TechCrunch said, though, it could be because it's much safer landing a rocket that could explode in the middle of the ocean where no people will be injured.

In this article: falcon9, science, space, spacex, timeline16race4space
All products recommended by Engadget are selected by our editorial team, independent of our parent company. Some of our stories include affiliate links. If you buy something through one of these links, we may earn an affiliate commission.