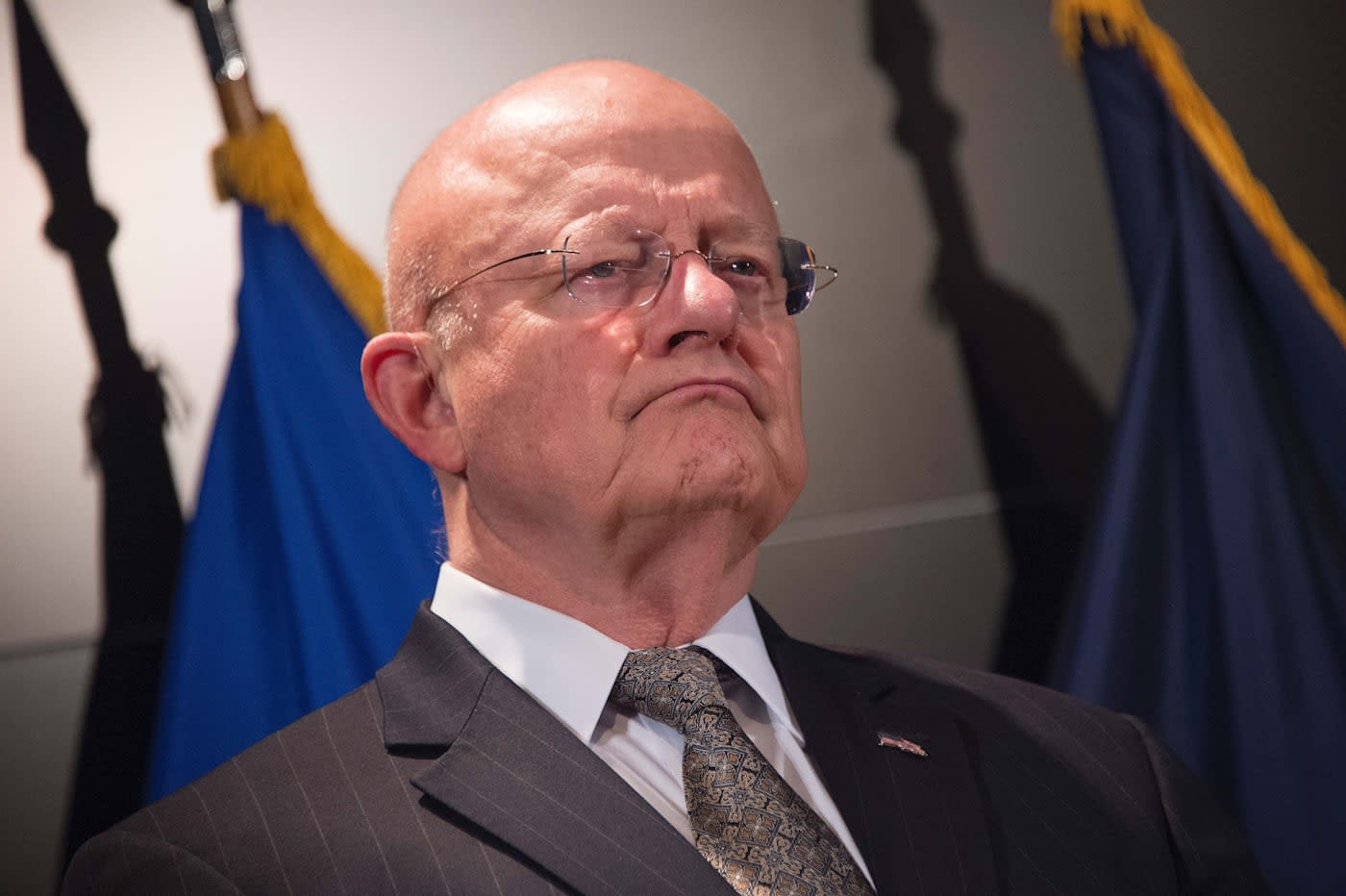 "Crackas With Attitude," the hacking group that reportedly broke into CIA chief John Brennan's personal email last October (and whose contents have since been released by Wikileaks), have once again made headlines by infiltrating a number of personal accounts owned Director of National Intelligence, James Clapper's.

These accounts include his personal email, his wife's email, his home phone and internet. While in control of Clapper's FIOS connection, the group claims to have set every call to the DNI director's forward to the Free Palestine Movement. When Motherboard reporter Lorenzo Fransceschi-Biccherai, who had been contacted by a member of the group, attempted to reach Clapper at his home number, the call was answered by a representative of the FPM.

"You asked why I did it," the CWA member told Motherboard. "I just wanted the gov to know people aren't fucking around, people know what they're doing and people don't agree #FreePalestine." A representative for the DNI says that the government is already aware of the intrusion and has referred the matter to the "appropriate authorities".

In this article: CIA, crackaswithattitude, CWA, DirectorOfNationalIntelligence, Fios, gear, internet, JamesClapper, security, WikiLeaks
All products recommended by Engadget are selected by our editorial team, independent of our parent company. Some of our stories include affiliate links. If you buy something through one of these links, we may earn an affiliate commission.