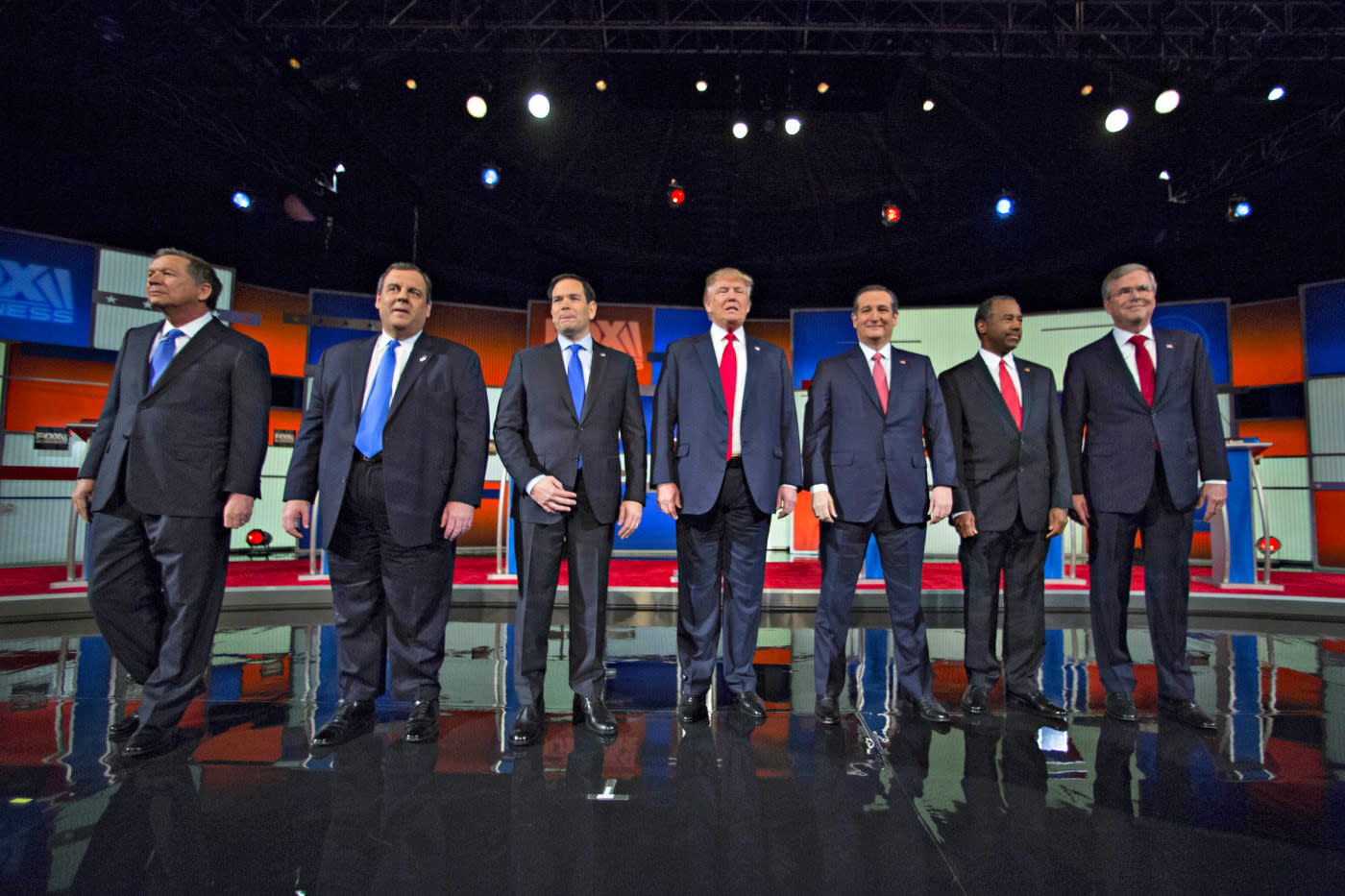 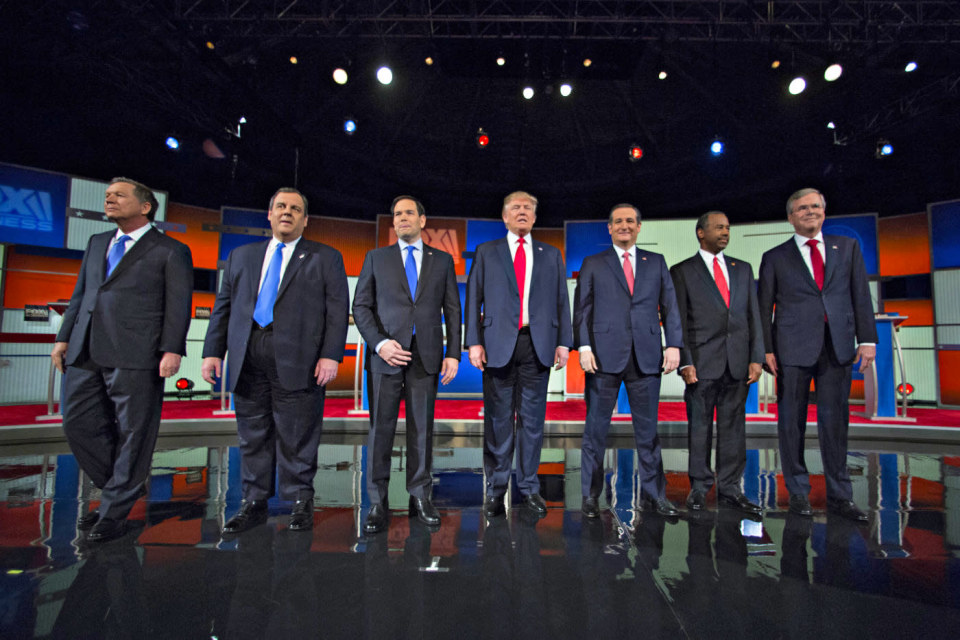 Tonight, the field of Republican candidates for president will face off again on the debate stage. This is the last time the whole band will get together before the Iowa caucuses on February 1st. Well... almost the whole band. Professional blowhard Donald Trump will not be in attendance because Fox News refused to remove Megyn Kelly as one of the moderators. (Presumably he's somewhere hiding and wondering why the mean lady asked him so many questions.) Of course, with Trump out, there should be more time for the other candidates to make their voices heard. And ideological, libertarian favorite Rand Paul has regained his seat at the big boy table this evening.

If you want to watch the undercard, featuring Carly Fiorina, Mike Huckabee, Rick Santorum and Jim Gilmore tune in to Fox News or to FoxNews.com at 7pm ET. But the main event will kick off at 9pm ET, with Ted Cruz, Marco Rubio, Ben Carson, Jeb Bush, Chris Christie, John Kasich and Rand Paul.

In addition to the televised feed and livestream, you can also enjoy additional online content brought you by Fox News and Google. Candidates will be given the opportunity to publish more fleshed out answers to questions and rebuttles as the debates are still on going.

Don't forget to use the hashtag #engadgetelectionguide to join the conversations. And let us know if there's any questions you have about the candidates positions on science and tech issues.

In this article: 2016election, bencarson, business, ChrisChristie, culture, debate, DonaldTrump, election, election2016, entertainment, foxnews, google, green, internet, jebbush, johnkasich, marcorubio, MegynKelly, politics, randpaul, science, security, space, tedcruz
All products recommended by Engadget are selected by our editorial team, independent of our parent company. Some of our stories include affiliate links. If you buy something through one of these links, we may earn an affiliate commission.