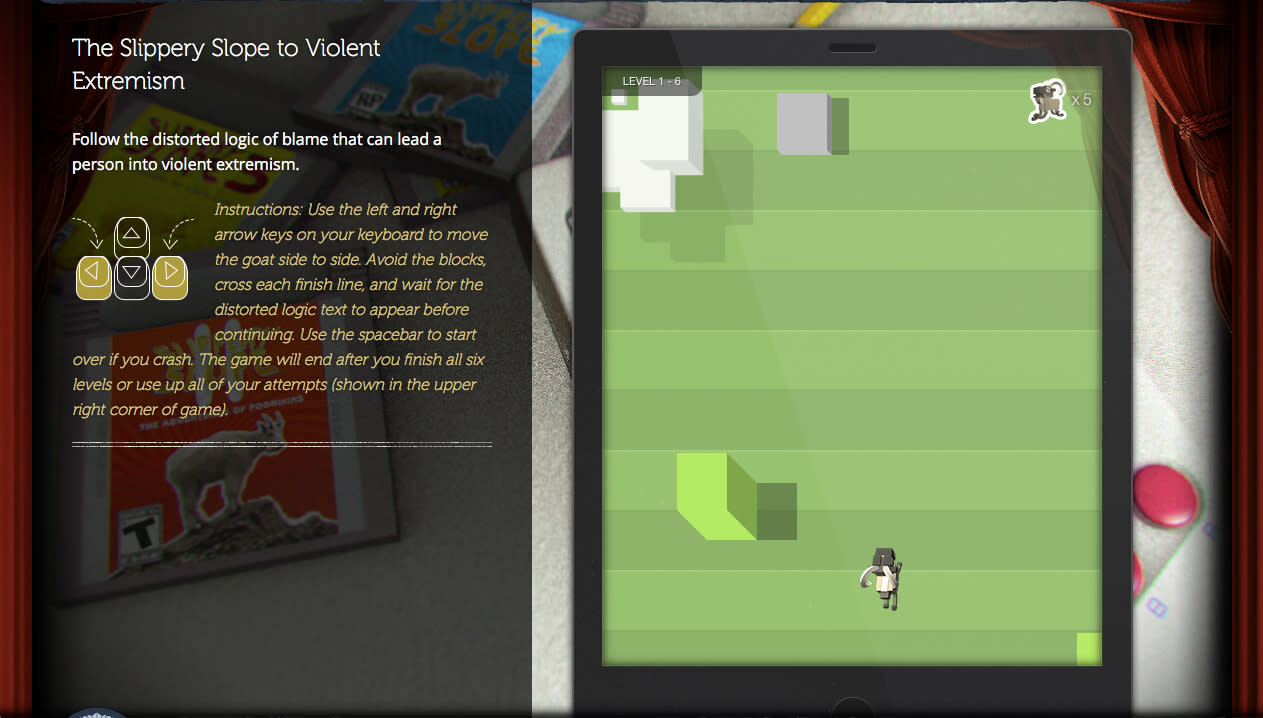 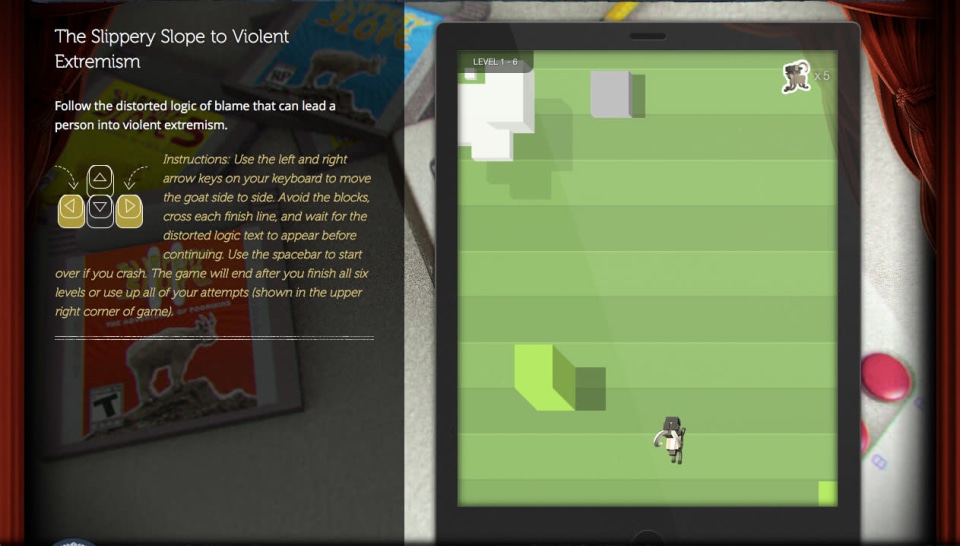 The FBI recently fired up a new site urging teens and other young internet people not to "be a puppet," which in this extremely specific case requires recognizing and understanding violent extremism. Fine! Great! As incidents of extremism continue to tear lives apart lives the world over, young people deserve to understand the mindset that leads some to make tragic decisions. Then the FBI tried to make a Flash game starring a goat avoiding blocks and all logic just flew out the window.

See, the entire point of the game -- "Slippery Slope" -- is to learn about the justifications and mechanisms that can lead an otherwise normal person to extremism. You accomplish this by using your computer's arrow keys to maneuver a pixellated goat through a faux-8-bit world, avoiding blocks (mountains? hills? buildings? ideas?) and dying constantly along the way. Constantly. Go ahead, try it.

The big problem — besides the fact that none of this makes a lick of sense — is that anything more than a peck on the arrow key will send the our goat friend careening to its death. Every time you die, you're treated to example of extremist "distorted logic" like "the enemy is responsible for this injustice" or "our violent actions will result in a better future". When you lose all six lives, and you will, you'll get the full list of examples just so people who don't like playing bad games will still learn something.

If we were generous, we could argue that whole bizarre thing is a metaphor for how would-be extremists eventually fall into a mindset that is as externally batshit to us as this game is. And that the inability to steer the goat represents the wild momentum that can propel a person deeper into a coercive group's poisonous logic. What probably happened, though, is that one guy in a suit told a few guys who weren't in suits that games are hip and they should make one. The end result is either subtly brilliant or a game design nightmare -- maybe the FBI should try the straightforward approach next time.

In this article: extremism, fbi, flash, game, gaming, security, terrible
All products recommended by Engadget are selected by our editorial team, independent of our parent company. Some of our stories include affiliate links. If you buy something through one of these links, we may earn an affiliate commission.