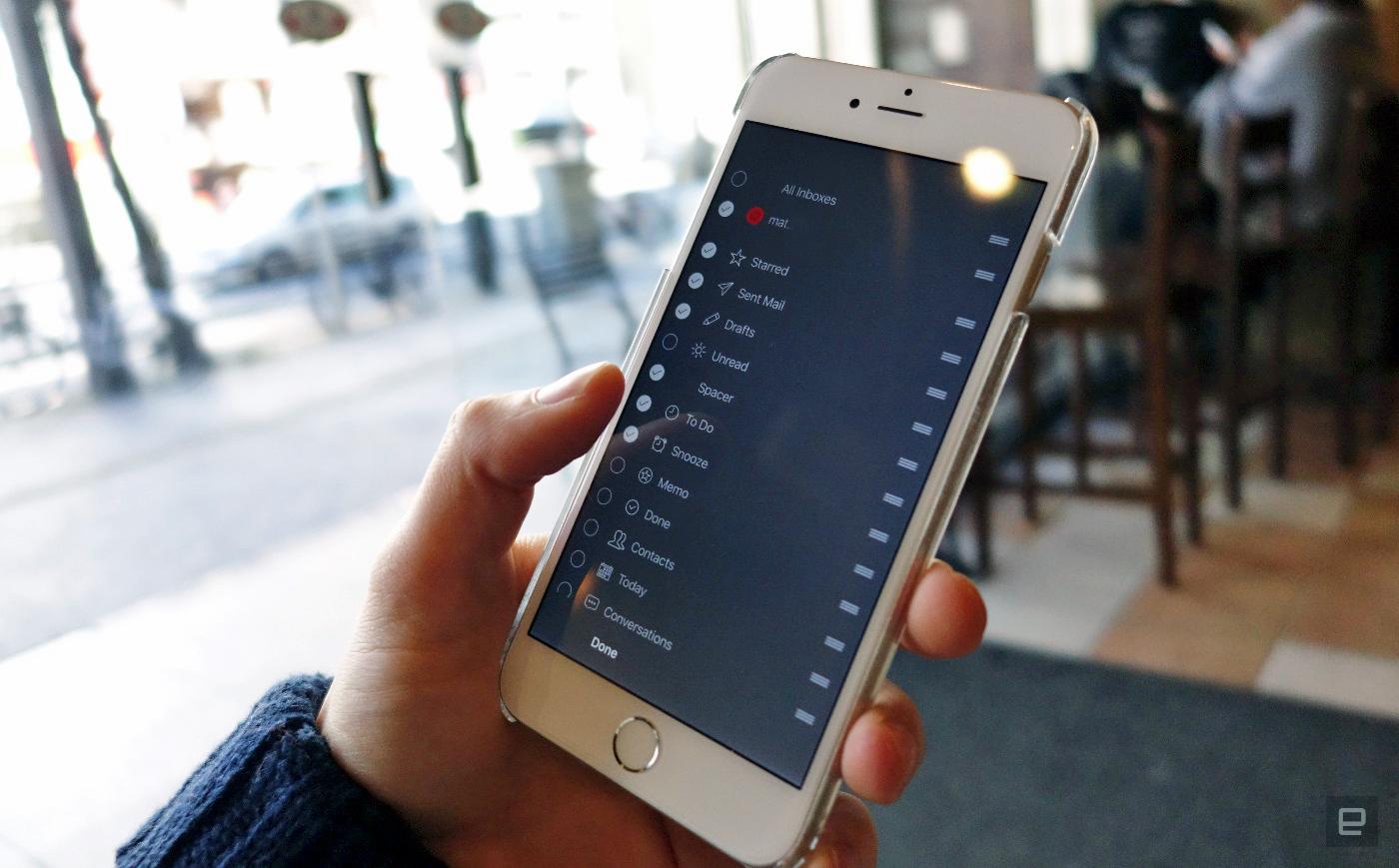 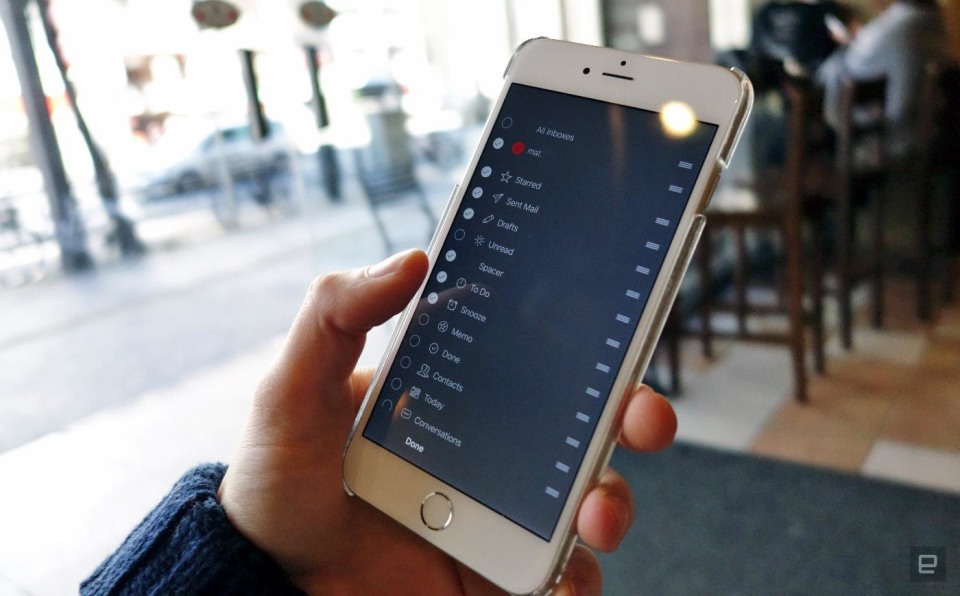 Airmail is a well-known, well-received email client on Macs. But when you have a huge screen, keyboard and mouse, a good email app on the desktop doesn't have to try so hard. However, making a good email app on a smartphone is a whole different can of worms. So here's Airmail for iPhone, which launched last week. It gives you all kinds of ways to deal with (or delay) the email problem, and it's claimed a space in my hallowed four-space iPhone dock. No more Mail, and no more Gmail.

I have two email accounts: my personal Gmail account and my Engadget address (which is also powered by Google). While I don't have many inboxes, though, I do have a few legacy email addresses that auto-forward to the main Gmail address. It's not a complicated or elaborate setup, but I lean heavily on email for work, travel, organizing app-based notifications (Twitter, Facebook, Amazon etc.) and communicating with folks back home. (I live overseas.) And because I deal with email throughout the workday, I'm willing to pay to make it easier. Specifically, $4.99 for the download. I'm likely to be in the minority, however.

It's hard for email apps on the iPhone to make it big. Given that the preinstalled email app doesn't do a bad job, and there's no shortage of challengers, it's hard for any single contender to break through, much less one you have to pay for. We've seen Dropbox's Mailbox appear and disappear despite a handful of clever ideas, and Google's Inbox-made automated responses aren't perfect -- and then you're already splitting a fraction of users away from the Gmail app itself.

Airmail's appeal on the iPhone is simply how much freedom you have to customize the app. This is particularly true for things that I constantly do. When immediately dealing with email from my lock screen, I can customize the two options. Want to star important emails before you've even opened them? Snooze for later? Archive that newsletter right now? You choose. You can toggle off starring functionality or sharing from the menus, or, when in the app itself, you can choose which folders (from which accounts) to have in the swipe-to-the-right lineup. You can even add tasteful spacers (gaps between folders, filters and accounts) if your design aesthetic demands it. If you've got one of Apple's latest phones, you'll also enjoy 3D Touch support for previewing emails. As it happens, I use a mere iPhone 6 Plus myself, so I didn't get to test that out.

Within the settings, you'll also find one of the most useful features: the sheer number of compatible apps you can pair with Airmail. Dropbox, Google Drive, Trello, Google Tasks, Pocket, Evernote and plenty more can all be connected to your inbox. Select an email and choose "action list" (or make it a swipe if you want to) and you can instantly create a PDF file of your email, load remote images or send it to Dropbox, among other tricks, all of which are usually several more touchscreen presses away. It's not the easiest app to use, but it's set up in such a way that the option you need is right where you expect it to be -- or is duplicated in several places, so you can't miss it.

Are there useless features here? Subjectively, yes. I don't care if my inbox is labeled in icons or colors, as long as I can distinguish one account from another. Do I really need to reorder each divider of my email accounts (sent, unseen, drafts, spam)? Nope, but it's there if I or, more important, you want the feature. That is the best thing about Airmail: It is what you make of it.

In this article: airmail, apple, email, emailapp, gear, hands-on, iphone, iso, services
All products recommended by Engadget are selected by our editorial team, independent of our parent company. Some of our stories include affiliate links. If you buy something through one of these links, we may earn an affiliate commission.