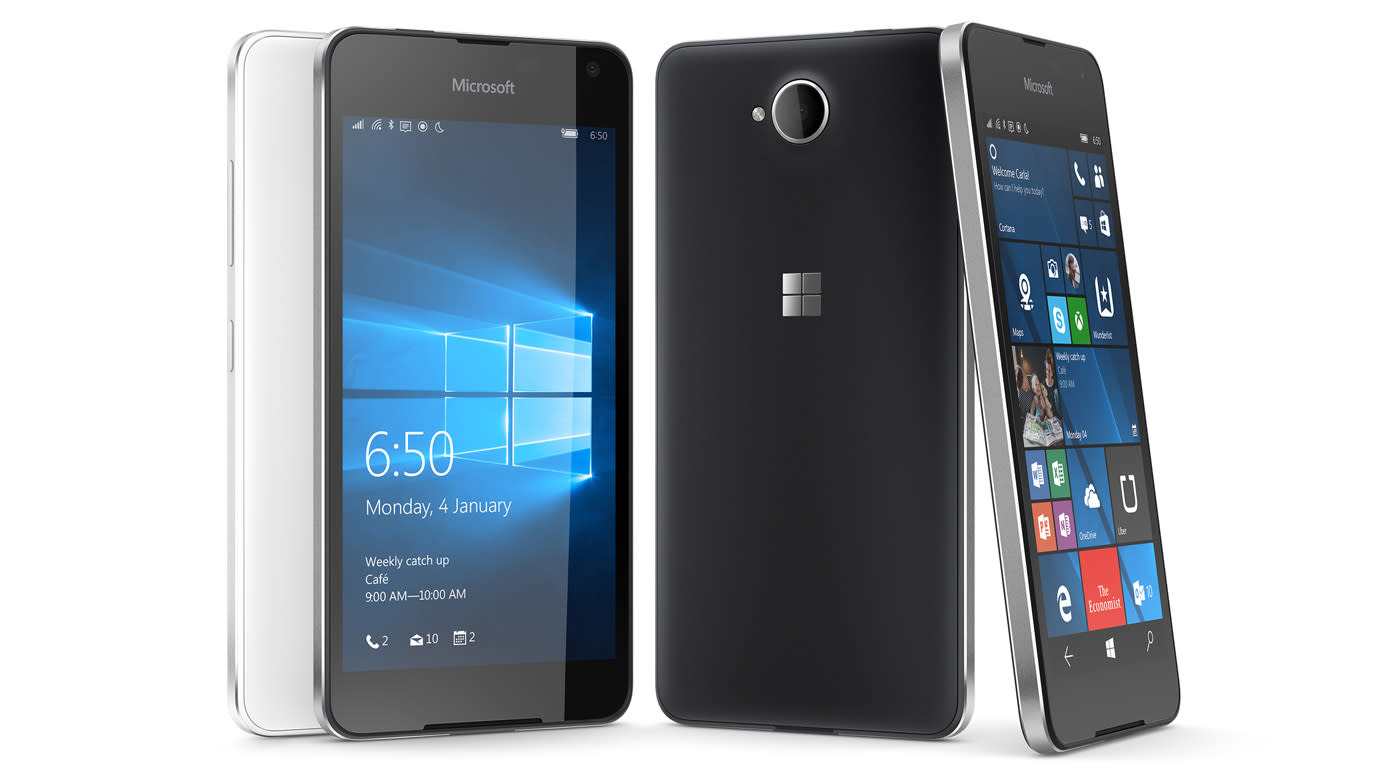 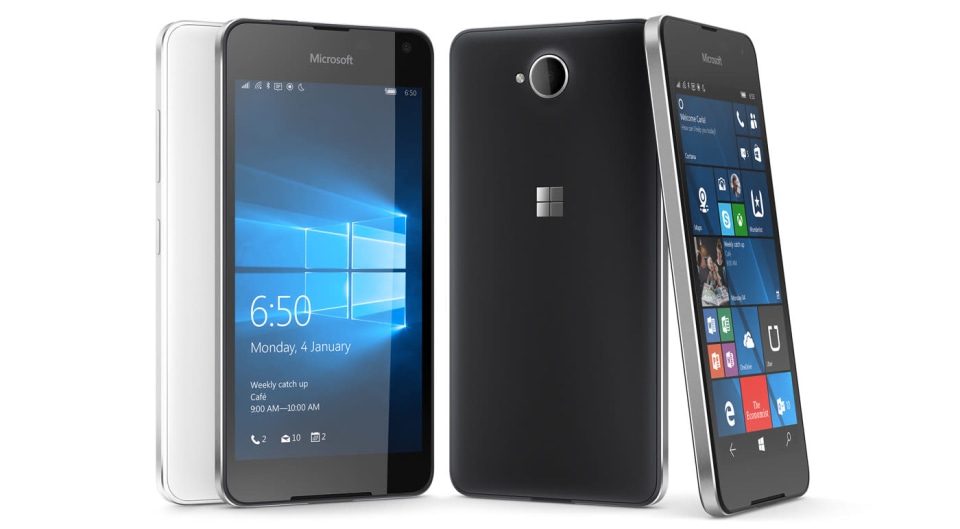 Since Microsoft took control of Nokia's Lumia smartphone brand, it hasn't exactly been cranking out the most compelling of hardware. The recent(ish) Lumia 950 and 950 XL are the closest it's come to new flagships, but today the company's retreated back into its comfort zone with the low-end Lumia 650. The new device's boxy frame is wrapped in an anodized aluminum border and measures only 6.9mm (0.27 inch) thick, but there's little to get excited about under the hood.

Up front you'll find a 5-inch, 720p OLED display with Gorilla Glass protection, and beating away inside the 4G-ready handset is a quad-core 1.3GHz Snapdragon 212 processor. Other key specs include 16GB of internal storage (expandable up to 200GB with the right microSD card), 1GB of RAM, NFC support, a 2,000mAh battery, an 8-megapixel main camera and 5MP front-facer with wide-angle lens.

The device runs Windows 10 Mobile out of the box -- though it's not powerful enough to support the Continuum portable desktop feature -- and comes in single- and dual-SIM variants with your choice of black or white get-up. The Lumia 650 is launching in select European countries this week (February 18th) with a recommended price of $199/circa £150, and an omission of any plans for other regions doesn't bode well for wider availability, at least in the near future.

It's no great secret that Lumia sales have been falling off a cliff for over a year now, and Microsoft hasn't managed to drum up a great deal of interest in the latest iteration of its mobile OS. Rumor has it the Lumia 650 will be Microsoft's last handset bearing the Lumia brand name, and that the company will be looking at lessons learned from its Surface devices to turn around its mobile slump.

In this article: gear, lumia, lumia650, microsoft, microsoftlumia, microsoftlumia650, mobile, smartphone, windows10, windows10mobile
All products recommended by Engadget are selected by our editorial team, independent of our parent company. Some of our stories include affiliate links. If you buy something through one of these links, we may earn an affiliate commission.