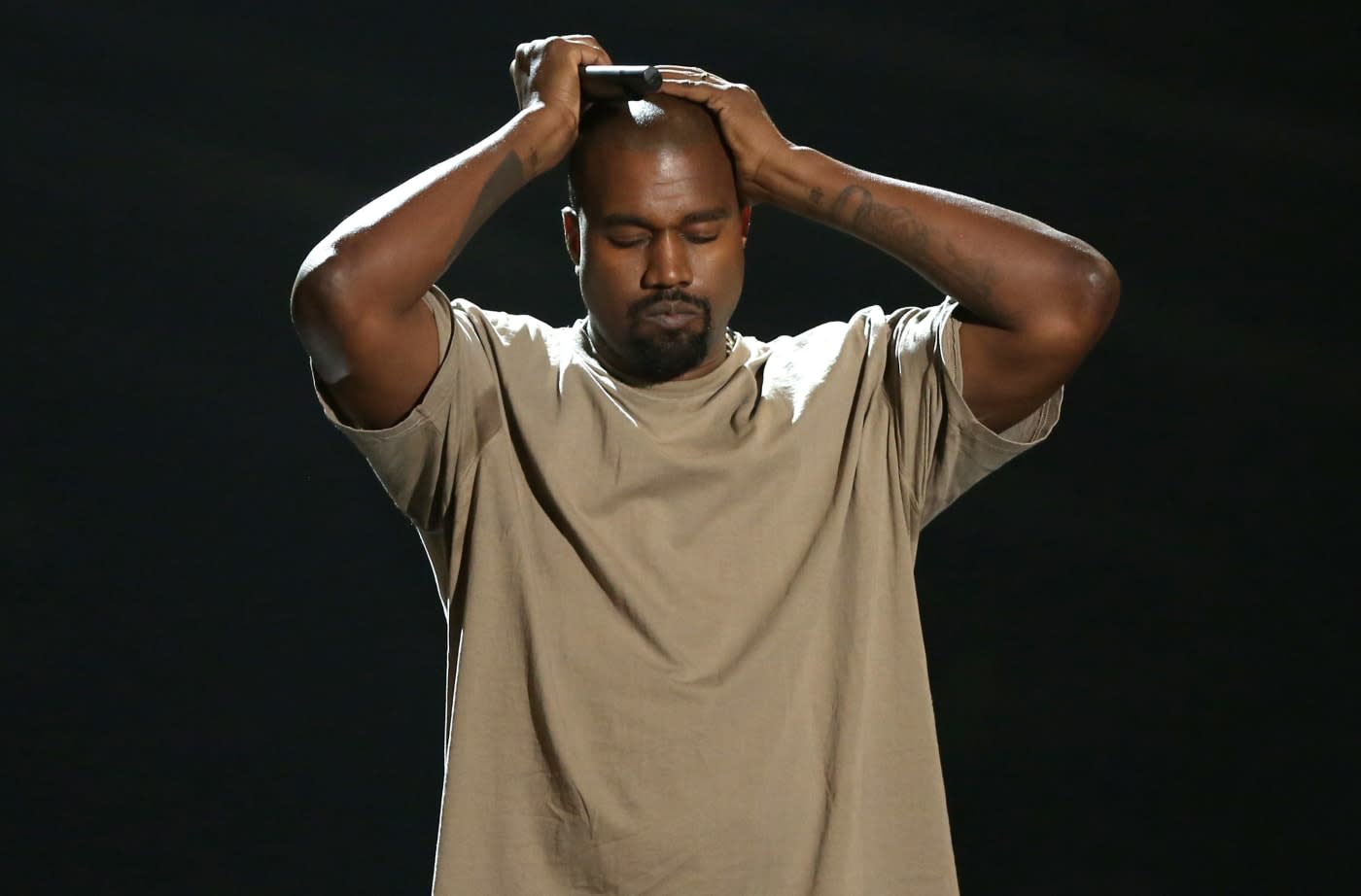 Kanye West's anticipated album had a bizarre launch, but once the album was finally released early Sunday morning, we hoped the drama would be over. We were wrong. Shortly after putting up The Life of Pablo as a Tidal streaming exclusive that you could also buy outright, West decided to pull the album from standard sales entirely. In one of his increasingly-commonplace Twitter rants, West practically begged followers to sign up to Tidal and proclaimed The Life of Pablo will "never never never be on Apple" and would never be for sale.

But, the album was on sale for a short time -- and, naturally, many listeners are choosing to pirate it rather than sign up for Tidal. According to Torrent Freak, the number of people opting for piracy is significant. By the site's estimate, over 500,000 copies of The Life of Pablo have been downloaded in the last few days. Right now, the album is by far the most-shared album on massive Torrent site The Pirate Bay, with well over 9,000 individuals seeding the album -- more than three times over the 2nd most seeded album at the moment (Rihanna's ANTI, another album that was exclusive on Tidal for a bit).

As for how Torrent Freak got to its 500,000 download estimate, the site has lots of experience in estimating piracy of various media. In this case, the site is pulling data not just from The Pirate Bay but from a host of other public BitTorrent trackers and constantly monitoring the seeding and peer downloading counts. Regardless of how accurate the 500,000 number is, there's little question that The Life of Pablo is being pirated at a higher rate than many other albums that have had more traditional releases.

How this mass piracy will affect the future release of The Life of Pablo remains to be seen -- West obviously wants to use this release to push Tidal adoption, and there are some signs that it's working. The app is number one on the iOS app store free apps list, just a few weeks after Rihanna's Tidal-exclusive pushed the app up to number 12 on the free apps charts. It didn't stay there for long last time, but if Kanye truly eschews all other music stores and streaming services, Tidal's performance on the app charts will be worth keeping an eye on. Regardless of how well Tidal does, though, it seems pretty clear that West is leaving some up-front cash on the table by not keeping his album for sale through his own site or retailers like iTunes and Amazon.

In this article: av, bittorrent, entertainment, kanyewest, piracy, services, streaming, streamingmusic, thelifeofpablo, tidal, torrents
All products recommended by Engadget are selected by our editorial team, independent of our parent company. Some of our stories include affiliate links. If you buy something through one of these links, we may earn an affiliate commission.