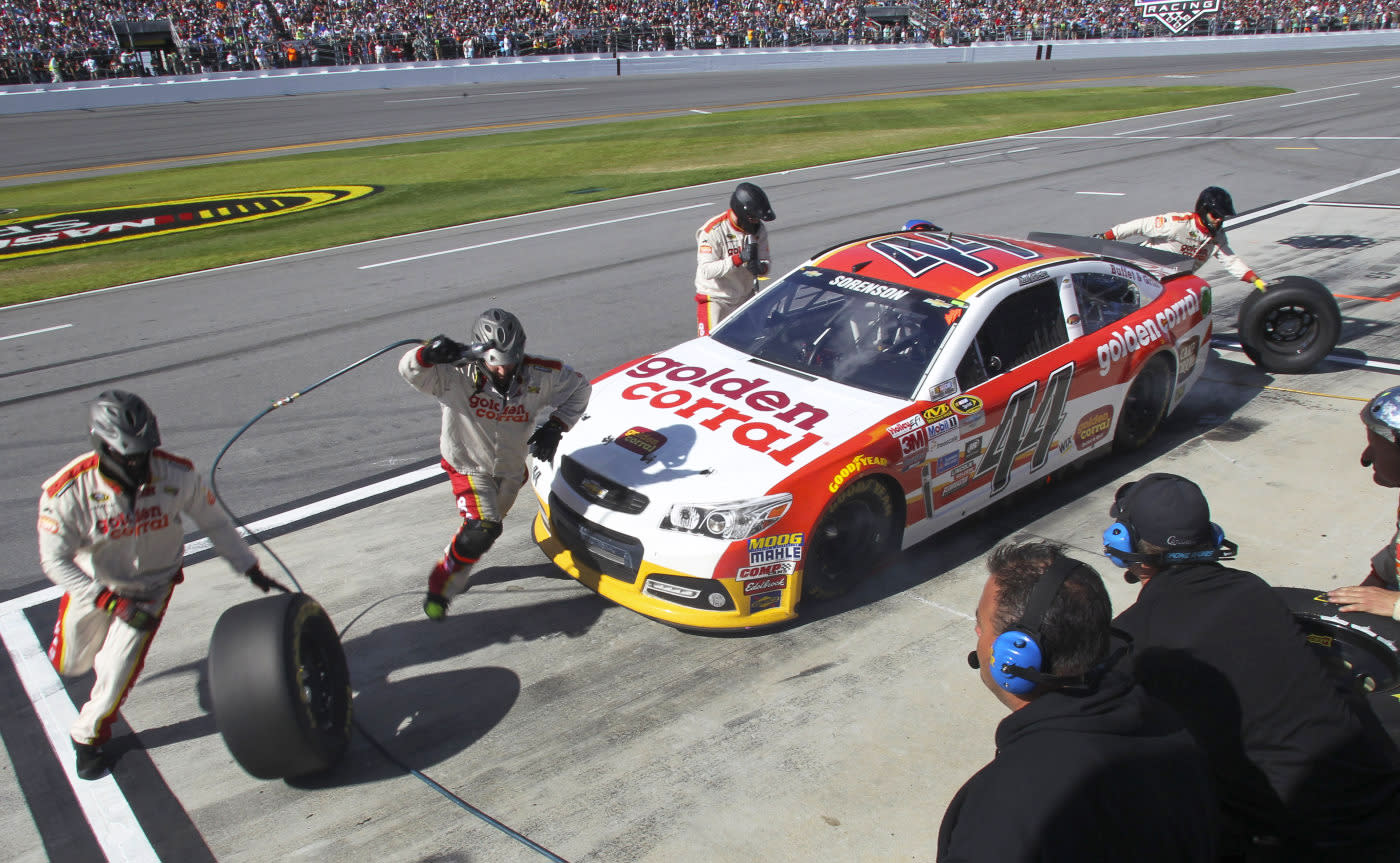 Fancy seeing the Daytona 500 from the perspective of the pit crew? Now you can, thanks to a new five-year deal signed between Fox Sports and NextVR. The pair are planning to broadcast a series of major sporting events in VR, with the deal kicking off at this year's edition of the great American race. If you own a GearVR headset and a compatible phone, you'll be able to watch the race from the stands, starting line, middle of the infield and the aforementioned pit lane. In addition, the VR stream will have dedicated audio commentary and pop-up graphics telling you who's in pole position.

It's not the first time that the two companies have teamed up to share a sporting event, having previously shown a professional boxing event in the format. This deal, however, makes a big step forward for NextVR, which is quickly cementing itself as the premier VR streaming service for all of the events you want to see. After all, it was this firm that brought users the first NBA games in VR as well as the republican and democratic presidential debates. As before, the Daytona 500 will be free-to-view and will kick off at 1pm ET on Sunday, February 21st.

Now, it's not clear yet if NextVR is going to produce 360-degree footage for the event, or if it'll stick to 180-degree video. When it broadcast the Warriors/Pelicans game at the start of the season, it didn't bother to film the action from the stands behind you. We've contacted the company to find out what the situation is this time, and will let you know when they've told us.

In this article: av, culture, Daytona500, entertainment, FoxSports, gear, Nascar, NextVR, Sports, VR, wearables
All products recommended by Engadget are selected by our editorial team, independent of our parent company. Some of our stories include affiliate links. If you buy something through one of these links, we may earn an affiliate commission.