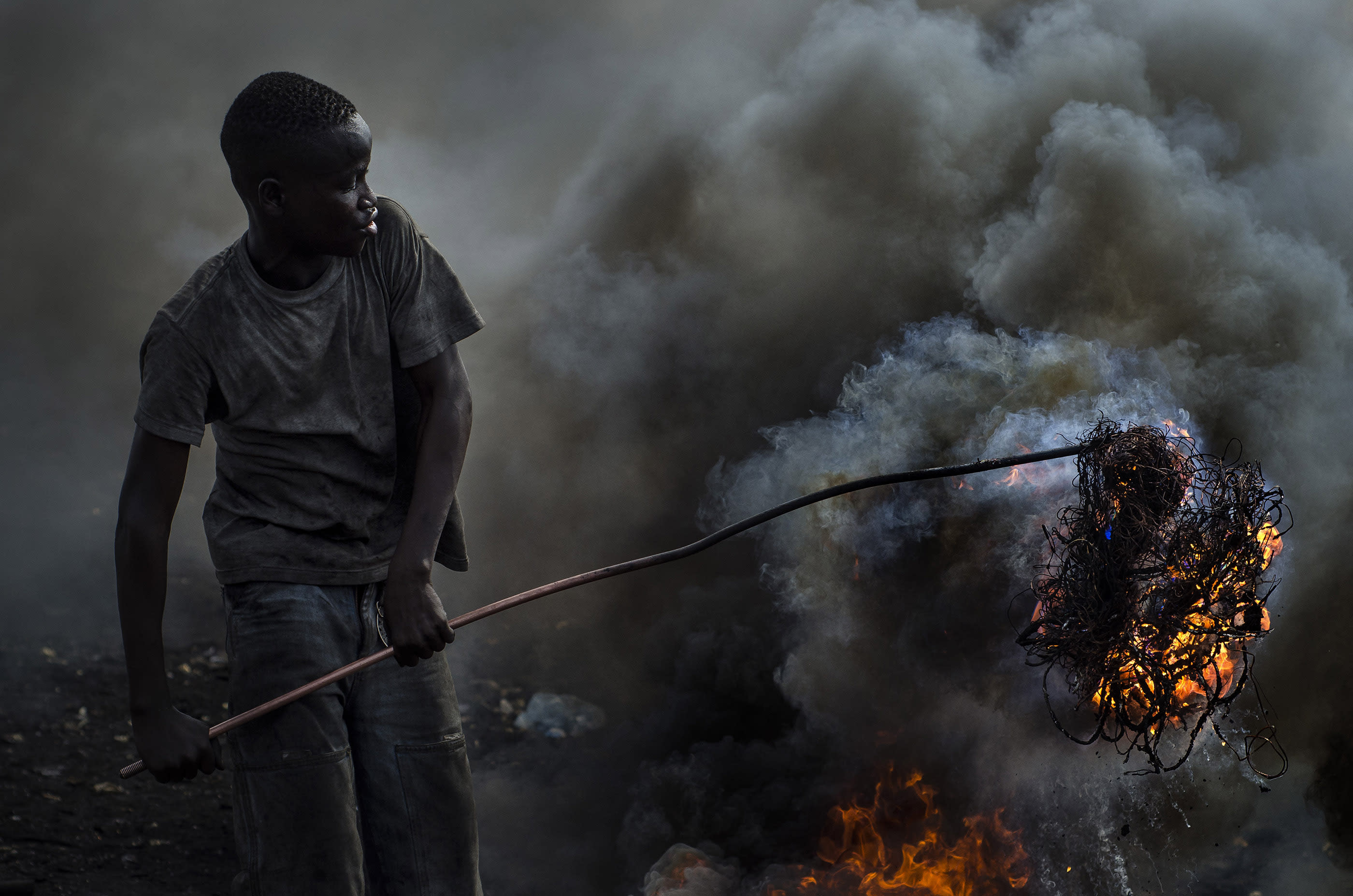 The human cost of electronic waste

Despite long-standing restrictions on the export and import of electronic waste ("e-waste"), the industry is huge.

One town in particular, Guiyu, in South Eastern China, rose to fame after the non-profit organisation Basel Action Network exposed the huge amount of e-waste being dumped there. Sporadic coverage in the media has continued ever since, and in 2013 the town was recognised as the largest e-waste site in the world, although that undesirable title may now belong to Agbogbloshie, a suburb of Ghana's capital. Thousands of tonnes of e-waste makes its way to the dump from western countries after being illegally smuggled into the country.

The image above is one of a series by Michael Ciaglo, published with permission from the photographer. Taken in Agbogbloshie, it shows a young man burning bundles of wire to retrieve the copper within. Recycling is a term we typically associate with being green, with saving our environment. But that's not always the case. Many electronics -- especially older models -- are filled with toxic but valuable materials. While it pays to retrieve copper from a wire, the side effects can be devastating.

There are efforts to curtail the practice. The non-profit Pure Earth has opened an e-waste recycling center with wire-stripping tools that negate the need for burning. But it persists nonetheless. Visiting Agbogbloshie for Al Jazeera, Kevin McElvaney discovered that boys aged 7 to 25 work for around $2.50 a day.

"Injuries like burns, untreated wounds, lung problems, eye damage, and back problems go hand in hand with chronic nausea, anorexia, debilitating headaches and respiratory problems," he reported. "Almost everyone suffers from insomnia. Smoke and invisible toxins (especially cadmium) harm the careless workers because they often don't know about the risks and walk around in flimsy footwear like flip-flops. Most of them die from cancer while in their 20s."