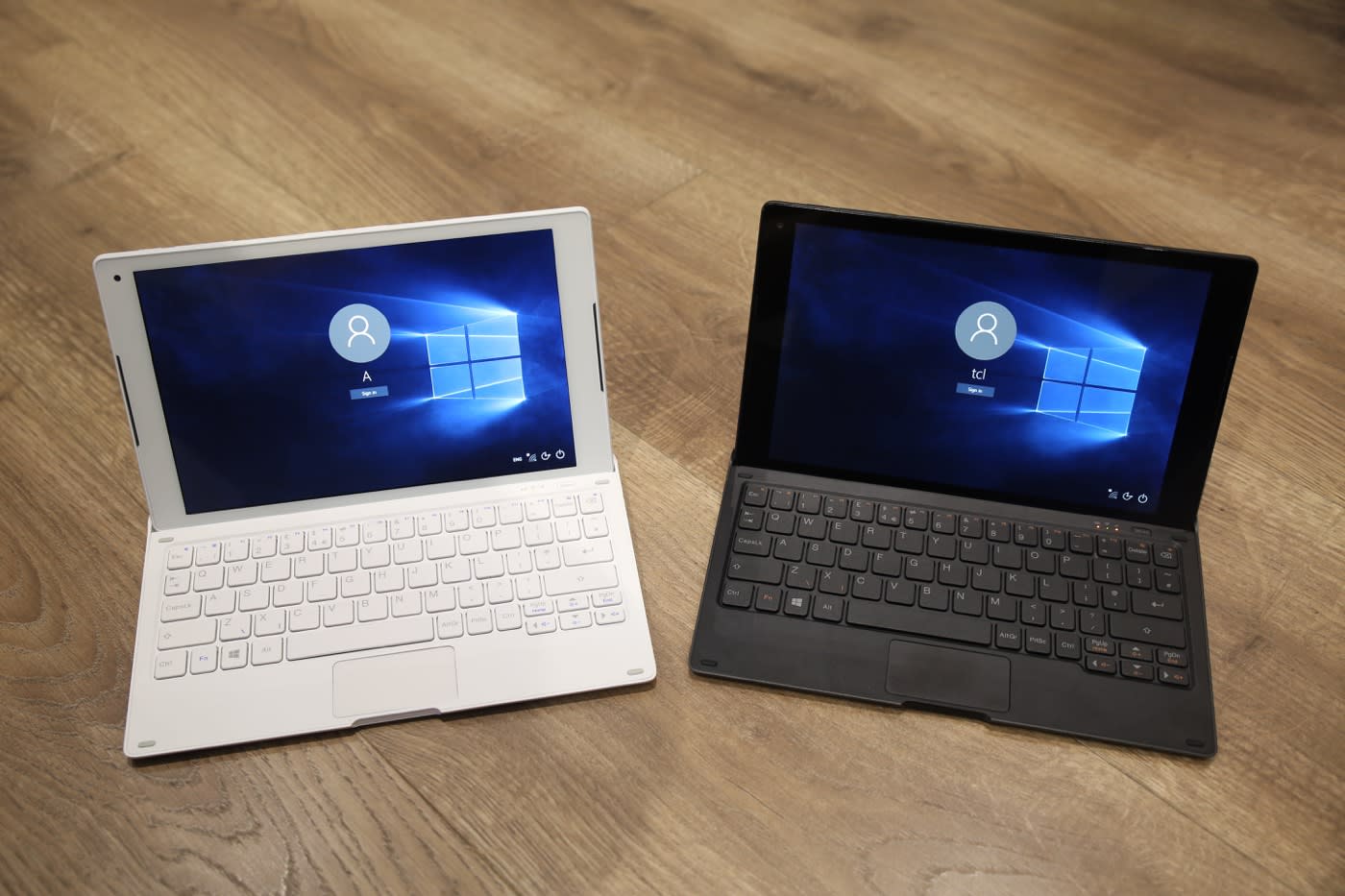 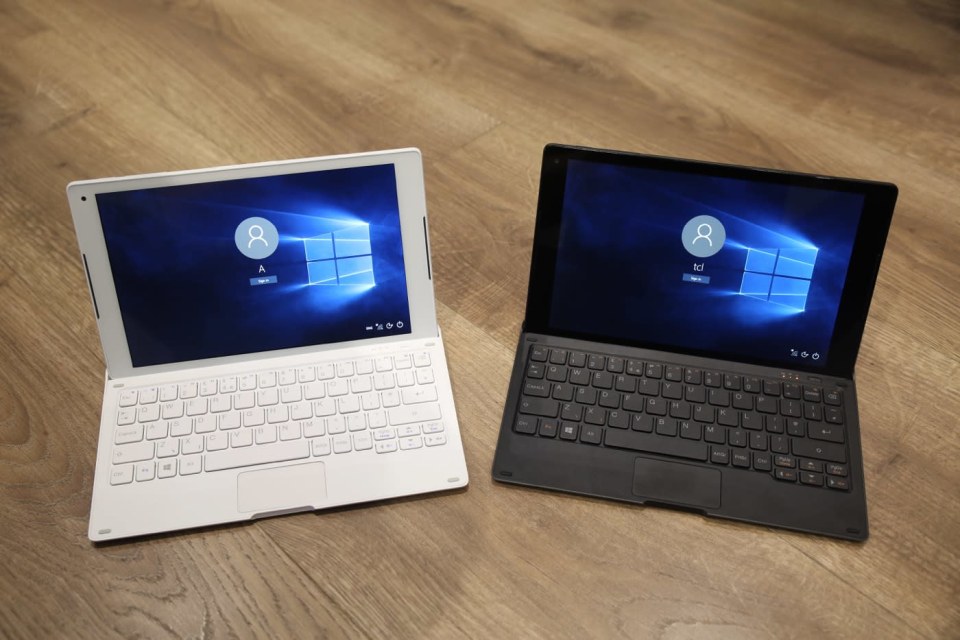 It turns out the 2-in-1 Windows tablet PC bandwagon is too tempting to resist. Alcatel — a company best known for its cheap smartphones — just pulled back the curtains on the Plus 10. Yeah, that's right: Alcatel just built a PC. If you've been tracking Alcatel's history, the Plus 10 might look a little familiar; the company trotted out a Pop 10 Android tablet with a keyboard dock a few years back. The aesthetics are really all those two tabs have in common — the Plus 10 has an Intel Atom Z8350 chipset with four cores clocked at up to 1.97GHz, 2GB of RAM and 32GB of onboard storage. Like its more mobile cousins, though, the Plus 10 also supports microSD cards for memory expansion (though you can only add up to 64GB). The biggest selling point here is an LTE radio baked into the Plus 10's keyboard dock, so all you'll need for on-the-go connectivity is the right SIM card.

That keyboard is doubly crucial because of the second battery tucked away inside. With both batteries combined, we're looking at a total power capacity of 8,410 mAh — that supposedly works out to 8 hours of consistent use. After playing with the Plus 10 for a bit the other day, I'm seriously torn. On the one hand, I'm really tickled that Alcatel actually made a proper PC, complete with USB, microUSB and microHDMI ports. And yet, after using the keyboard and poking around for a while, I couldn't imagine using the whole thing for more than a half hour without getting frustrated. Think of it as a next-generation Windows netbook and you're mostly on the right track. The Plus 10 is slated to hit markets around the world on June; hopefully, the price tag makes the package worth it.

In this article: alcatel, convertible, gear, microsoft, mobile, mobileworldcongress, mobileworldcongress2016, mwc, mwc2016, plus10, tablet, windows, windows10
All products recommended by Engadget are selected by our editorial team, independent of our parent company. Some of our stories include affiliate links. If you buy something through one of these links, we may earn an affiliate commission.