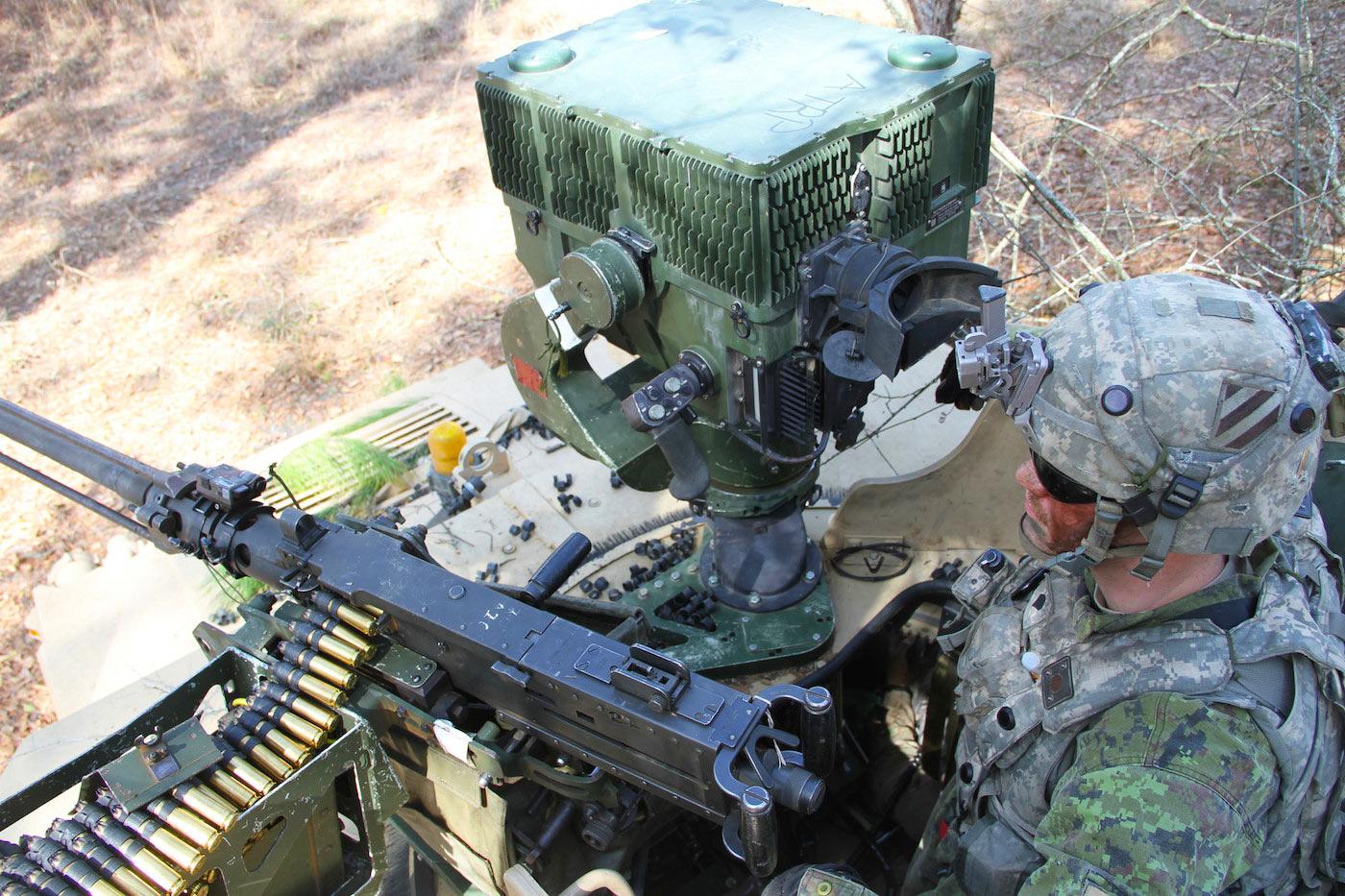 The .50 caliber bullet is one of the biggest projectiles you can fit in a rifle or machine gun. Its size and range makes it super-effective at neutralizing foes over long distances, but because it also takes a lot to stop, it can still harm or kill innocent bystanders. Maybe that's why the US Army has patented a new "limited range projectile" that self-destructs as it reaches its target.

According to researchers at the U.S. Army Armament Research, Development and Engineering Center, a pyrotechnic material is ignited when a rifle is fired, which in turn ignites a reactive material designed to transform a .50 caliber bullet into an "aerodynamically unstable object." In effect, the burn time dictates how far the bullet will travel before it loses its aerodynamic shape and the velocity falls.

Researchers Brian Kim, Mark Minisi, and Stephen McFarlane filed for the patent on May 7, 2013 and was approved on September 1st, 2015. Although it's generally agreed that the concept would reduce collateral damage in cities and could span "various calibers of small arms munitions," there is currently no funding for the project. It's hoped that the idea will "resurface as the constant need to provide greater technology for the warfighter increases" -- whatever that means.

In this article: 50caliber, army, bullet, gadgetry, gadgets, science, selfdestructing, usarmy
All products recommended by Engadget are selected by our editorial team, independent of our parent company. Some of our stories include affiliate links. If you buy something through one of these links, we may earn an affiliate commission.