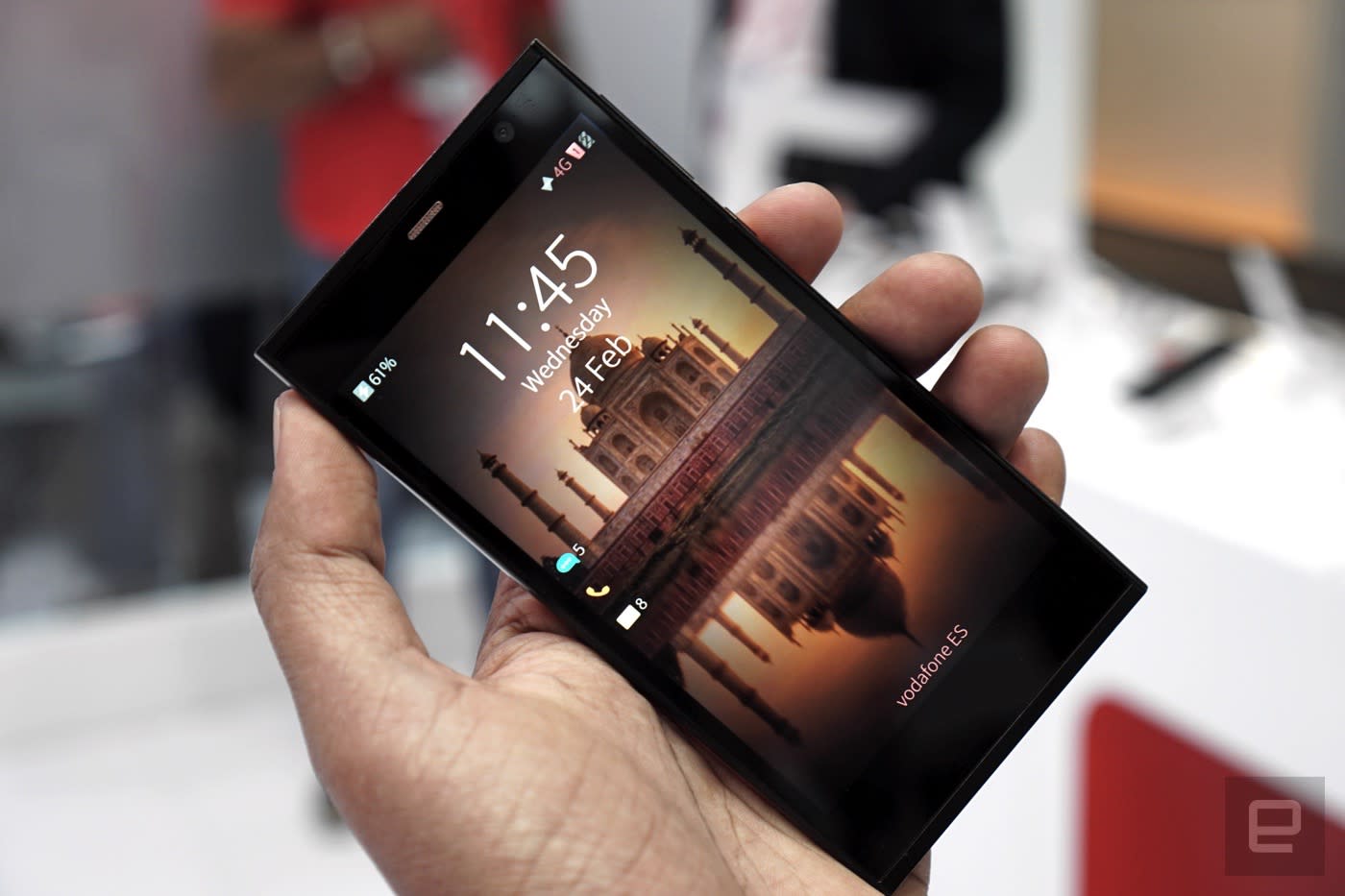 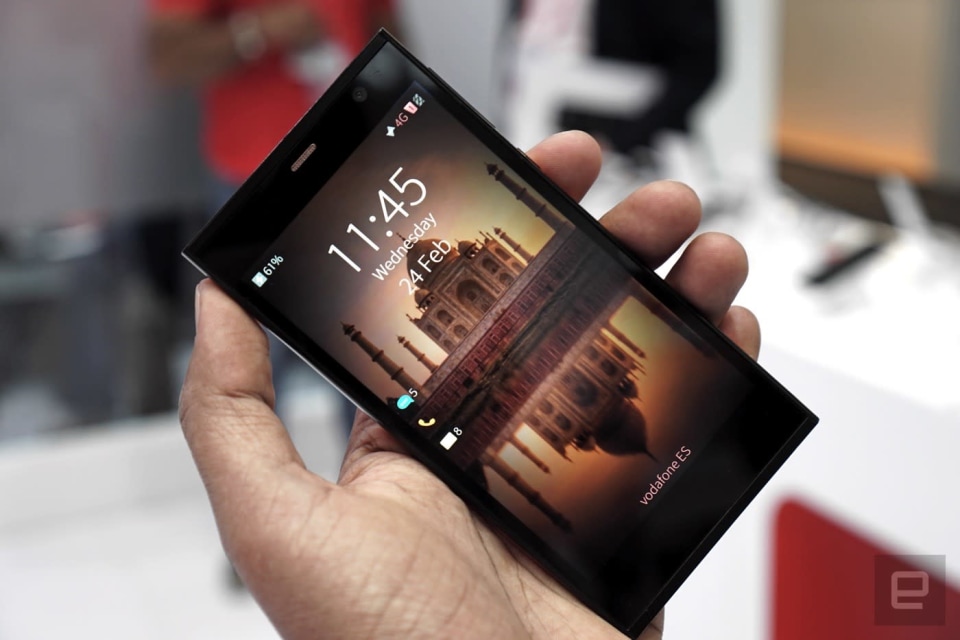 ​So this is a surprise. Jolla, the Finnish mobile company known for its gesture-based Sailfish OS, quietly showed up to MWC with a new handset called "Aqua Fish." The Sailfish-based phone is the result of its partnership with Indian firm Intex Technologies. Aqua Fish is the first handset to come out of Jolla's licensing ambitions, which the Finnish company launched after its fumbled crowdfunded tablet launch. Aqua Fish isn't named so just to follow Sailfish's oceanic theme, it's joining Intex's existing (and fortuitously titled) "Aqua" line of handsets. The phone comes with a tweaked version of Jolla's Sailfish that include a new feature called "Super Apps," which integrate local premium services into the software's gesture controls. Swipe up from the home screen and you can access local music streaming services or online retailers, etc..

The handset itself is a modest mix of Qualcomm silicon (1.3 GHz), 2GB of RAM, a 5-inch 720p display and 16GB of storage -- there's the option to expand that, too. Aqua Fish also appears to ditch Jolla's "other half" smart covers.

The story of Aqua Fish started many months ago, back when Jolla first announced it would be working with hardware manufacturers to license its OS out. Early reports had hinted we could see the fruits of that partnership last Autumn. That it was at MWC this week was almost unknown, until Jolla confirmed it today, along with another deal with Mi-Fone that will see Sailfish-based devices come to Africa in the next few months. Aqua Fish, on the other hand, will be available via Intex in India starting April.

In this article: aquafish, gear, intex, jolla, mobile, mobileworldcongress, mwc, mwc2016, sailfish, sailfish20
All products recommended by Engadget are selected by our editorial team, independent of our parent company. Some of our stories include affiliate links. If you buy something through one of these links, we may earn an affiliate commission.