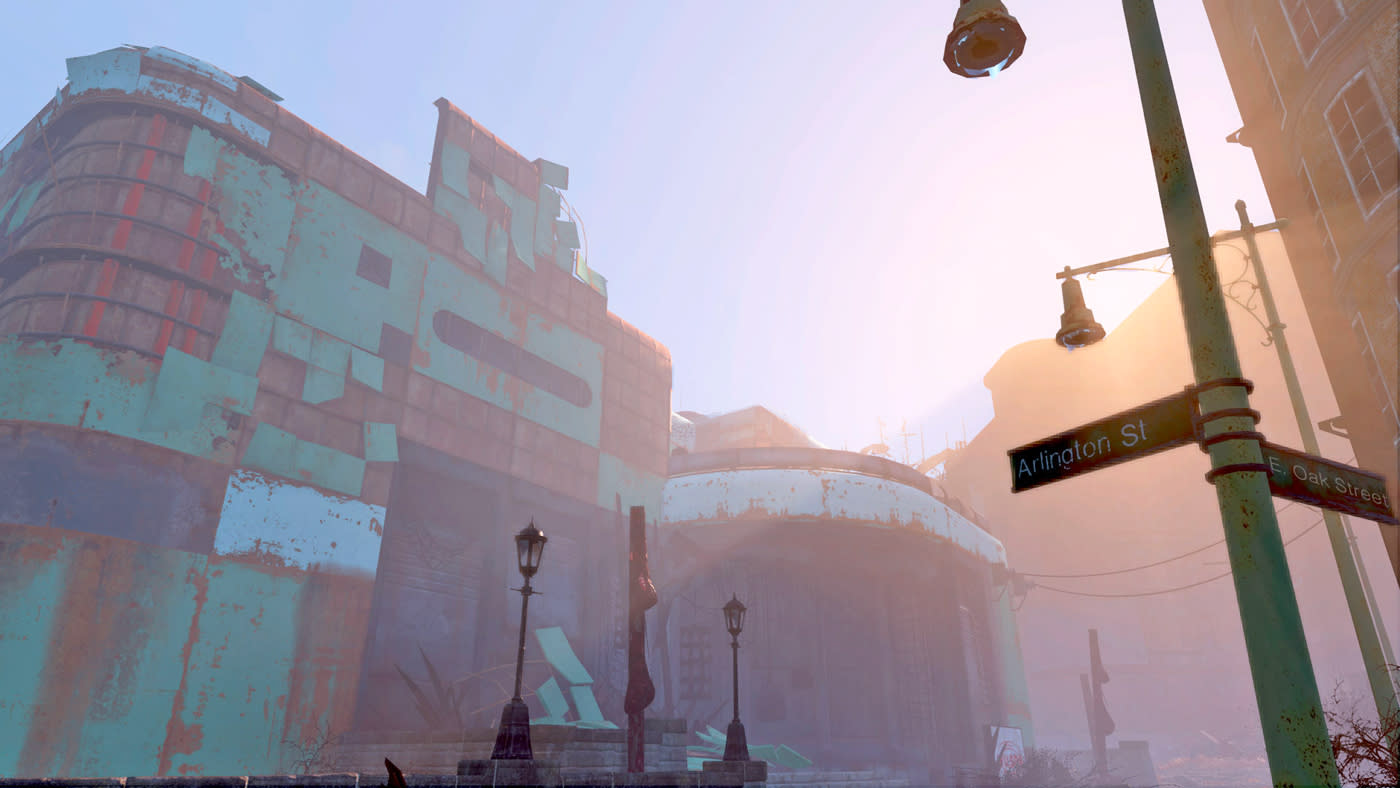 Fallout 4's Survival Mode isn't going to be pretty. As VG247 reports, enterprising Redditor ShaneD53 dug through in-game files to pull out text pertaining to the upcoming game mode and got a lot of info.

The biggest changes concern saving and health. The only way to save in Survival Mode will be to sleep. Of course, you still can't sleep when enemies are nearby, but the mechanic is changed slightly still: sleeping bags, for example, won't let you sleep through the night and improve your health, but they will let you save the game. Sleeping isn't just for saving, either. You'll need to sleep, eat and drink regularly or your SPECIAL stats will reduce, you fatigue will increase, and combat in general will be harder because of it. Oh, and if you eat bad meat, get a disease or use Chems, you might get sick. You'll need some antibiotics to be cured.

There's also no fast travel. None at all. If you want to get somewhere you'll need to travel by foot, which means lots of random encounters with enemies. Couple that with the fact that enemies don't appear on the game compass and are tougher in general; that unrevived companions won't respawn; and ammo will weigh more depending on its caliber... and you've got a nightmare.

There are some small concessions to make this more manageable. You'll be stronger in general (think "glass cannon"), and when you engage with an enemy the Adrenaline perk will be automatically applied. Once you make a kill, your Adrenaline rank increases, and will only decrease with sleep.

Our fans are too smart. Early look at #Fallout4 Survival Mode on @reddit. We're still messing w/ it. More to come! https://t.co/1YmVBIt6W0

If you have no idea what Fallout 4 is -- well done for getting this far in the article! -- it's an award-winning action-RPG from Bethesda that sees you exploring a nuclear wasteland for numerous reasons that we're not going to spoil. We love it, and lots of other people do too. In addition to the Survival Mode, three new DLCs are due out shortly. Bethesda seems to have confirmed the information as accurate on its Twitter account, but says the mode is a work in progress and there's "more to come." As for when Survival Mode is out, it'll probably enter beta in the coming months.

In this article: av, bethesda, fallout, fallout4, gaming, survival, survivalmode
All products recommended by Engadget are selected by our editorial team, independent of our parent company. Some of our stories include affiliate links. If you buy something through one of these links, we may earn an affiliate commission.