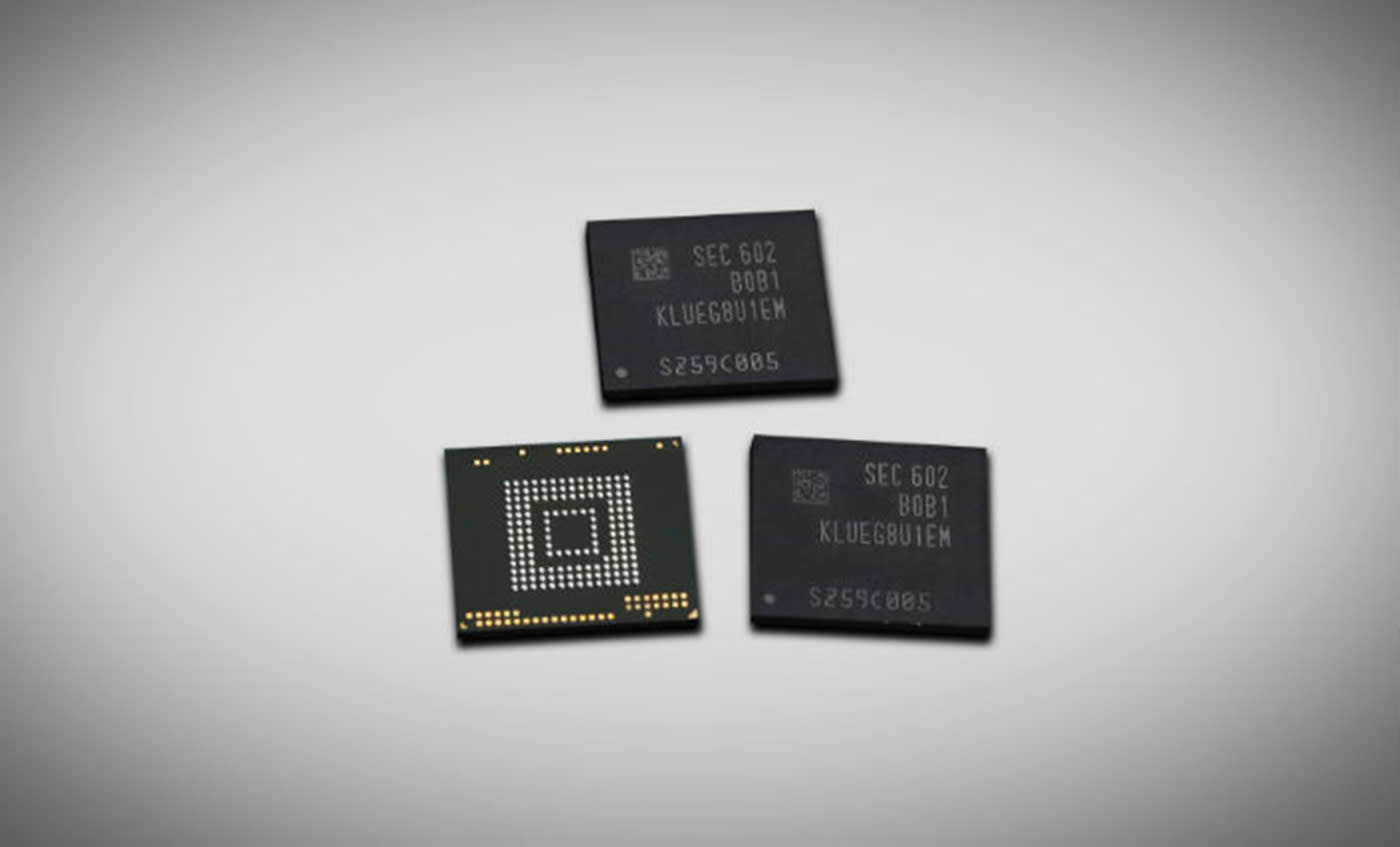 Your smartphone may soon have as much storage as a typical PC. Samsung has announced that it's mass producing 256GB embedded chips, double what it had last year, using the Universal Flash Storage (UFS) 2.0 standard. That gives them read speeds nearly twice that of typical SATA-based SSDs at 850MB/s, though write speeds are lower at 250MB/s. It also supports 45,000 IOPS, more than double the speed of last-gen UFS memory. Samsung's memory division VP says the company is "moving aggressively to enhance performance and capacity" of smartphone memory and SSD products, too.

The company says that the high 256GB capacity will make it possible to store weighty content like 4K movies and also transfer them faster thanks to the USB 3.0 interface. We're not sure if you've downloaded too many 360-degree movies lately, but those are not exactly lightweight, either -- and Samsung, for one, has made a bit bet on virtual reality. The company has started production of the chips and will ramp it up in line with global demand.

In this article: 256GB, chips, gear, memory, mobile, samsung, smartphones, storage, UFS
All products recommended by Engadget are selected by our editorial team, independent of our parent company. Some of our stories include affiliate links. If you buy something through one of these links, we may earn an affiliate commission.