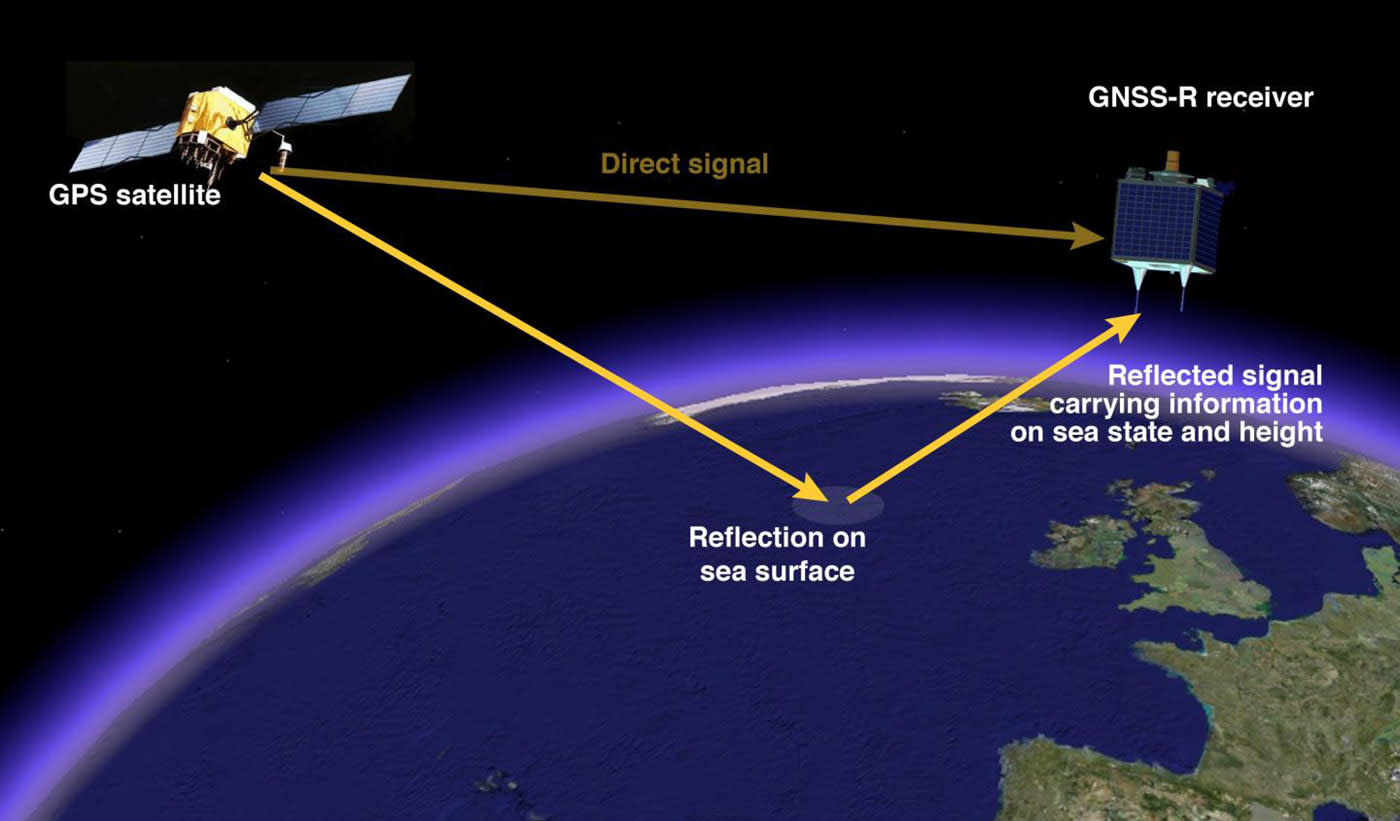 Accurate sea level measurements are more critical than ever, but there are a limited number of radar satellites designed for that purpose. However, a team from the UK's National Oceanography Centre (NOC), University of Michigan and NASA's Jet Propulsion Laboratory have discovered a new way to do so using much cheaper and more plentiful GPS satellites. The technique is called GNSS-R, and involves bouncing low-powered signals from GPS satellites off of the ocean's surface and measuring the reflected signal with a GNSS-R receiver. That lets the sat-nav constellation act as a type of distance-measuring radar without disrupting its regular job -- guiding cars and airplanes.

The team used a research satellite launched last year as a GNSS-R receiver, but it will be able to tap a new constellation of receivers that NASA is launching this year as part of CYGNSS (below). That mission will make accurate measurements of surface winds using GPS satellites, but NOC scientists will be able to use them to measure ocean levels, too, yielding a thirty-fold increase in such data. By mapping small changes in sea levels, "we should be able to map currents from space by detecting even smaller variations in sea surface height," according to NOC researcher Dr. Paolo Cipollini. That data would be valuable on many levels, making both the CYGNSS mission and GPS constellation far more useful.

In this article: GNSS, GPS, green, measurements, NationalOceanographyCentre, NOC, oceans, science, SeaLevels, video
All products recommended by Engadget are selected by our editorial team, independent of our parent company. Some of our stories include affiliate links. If you buy something through one of these links, we may earn an affiliate commission.