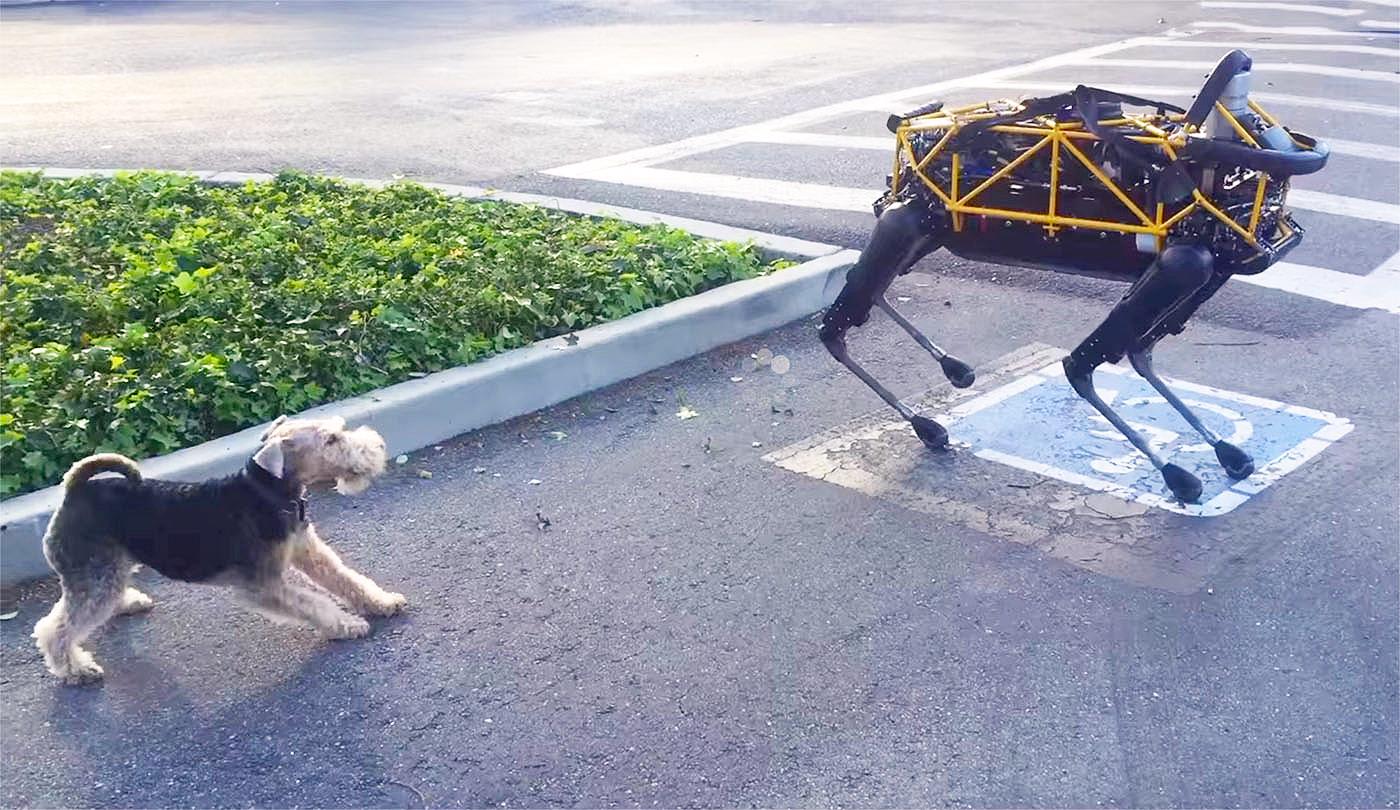 The US military recently decided that Google's Alpha Dog and Spot robots weren't ready for active duty, leaving the four legged robots with nothing to do. In the meantime, Google is doing with its battery-powered Spot robot what we probably would -- using it as a dog toy. The company recently unleashed it on Cosmo, the terrier that reportedly belongs to Android co-founder and Playground Global boss Andy Rubin. The adorable result is that Cosmo, clearly the boss of this arrangement, sees the hapless robot as an existential threat that must be barked at and harangued (no butt-sniffing, luckily).

The model is reportedly the only one that's not in military hands, and there's no word on what Google's Boston Dynamics plans to do with it now. The military thought Spot could be a potential ground reconnaissance asset, but "the problem is, Spot in its current configuration doesn't have the autonomy to do that," says James Peneiro, the Ground Combat head of the Warfighting Lab. It would be shortsighted, of course, to think the robots need to be put to work right away. A lot of the self-balancing tech in Spot (and its ability to take a kick) can already be found in the next-generation humanoid Atlas Robot.

In this article: BostonDynamics, Dog, google, playing, Robot, robots, science, Spot, video
All products recommended by Engadget are selected by our editorial team, independent of our parent company. Some of our stories include affiliate links. If you buy something through one of these links, we may earn an affiliate commission.