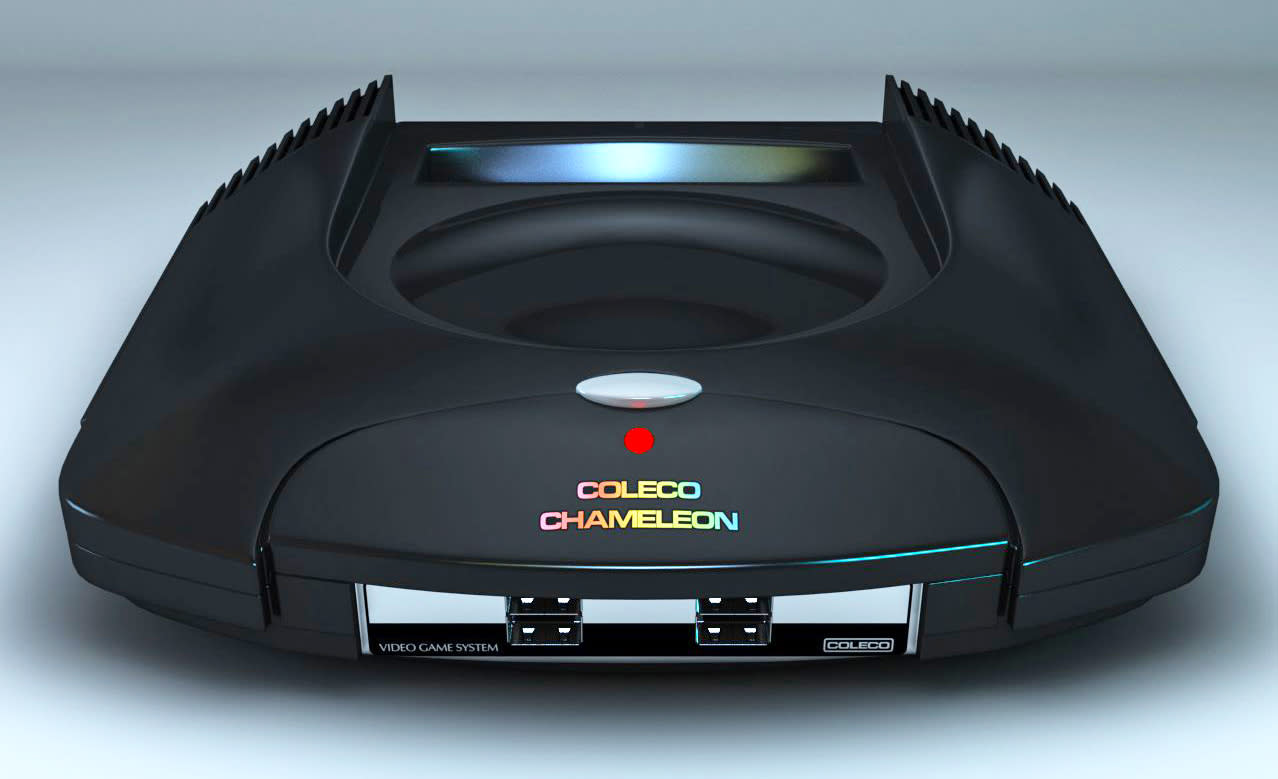 Last month RetroVGS's Coleco Chameleon made a big splash at Toy Fair, promising retro-gaming goodness from such storied systems as the SNES, the Intellivision and the Atari 2600. The Kickstarter was set to begin on February 26, but instead the company made an announcement that evening via Facebook stating that the crowdfunding process would be put on an indefinite delay.

RetroVGS says the Kickstarter campaign was put on hold in order to finalize the prototype and lock down additional content for the system. However, an accompanying image was removed from the Facebook post after criticism that the Chameleon may not work as advertised.

The conceit of the Coleco Chameleon was that it would use an FPGA chip to hardware emulate whatever console system the game you're playing originated on. This meant the game should play exactly as it did on its initial hardware. Indeed, while RetroVGS appeared to show off a working prototype at this year's Toy Fair, some retro-gaming enthusiasts claimed the system was actually the parts from an SNES Jr. (the redesigned Super Nintendo) crammed into an Atari Jaguar shell. The company has been open about using the original Jaguar molds in designing its new system, and it promised to reveal more information about the interior components as part of the console's launch on Kickstarter.

We're delaying the Kickstarter for the Coleco Chameleon to make it even better! Last week during Toy Fair in New York,...

That promise was somewhat kept when RetroVGS posted several photos of the Chameleon to accompany its Facebook announcement. The pictures show a clear plastic shell filled with components, though the translucent frosted plastic partially obscures some of the interior. However, one picture was clear enough that users on the AtariAge forums were able to identify the board inside as a Hicap50B CCTV DVR capture card. The photo was later removed from Facebook.

Update: They posted a picture on Facebook that turned out to be an old PCI capture card. Do not support these people pic.twitter.com/2A1tyLZ4bm

The delayed Kickstarter campaign isn't the system's first stab at crowdfunding. A previous Indiegogo run only managed to raise $80,000 of a requested $1,950,000. But, despite this newest setback, the company promises that the Chameleon's launch date for the holiday has not been affected. We've reached out to RetroVGS for comment and will update if we receive a response.

Update: Coleco Holdings issued a statement today via its Facebook page regarding the Chameleon. RetroVGS is being asked to supply a working prototype within seven days for inspection by a team of "independent engineers." If the accusations regarding the project turn out to be true, Coleco will pull its name and support from the system.

Chameleon Product: We are thankful to have a large group of passionate engineers and retro game enthusiasts who follow...

Posted by Colecovision on Wednesday, March 2, 2016

In this article: AtariJaguar, av, Coleco, ColecoChameleon, crowdfunding, gaming, Kickstarter, SNES
All products recommended by Engadget are selected by our editorial team, independent of our parent company. Some of our stories include affiliate links. If you buy something through one of these links, we may earn an affiliate commission.