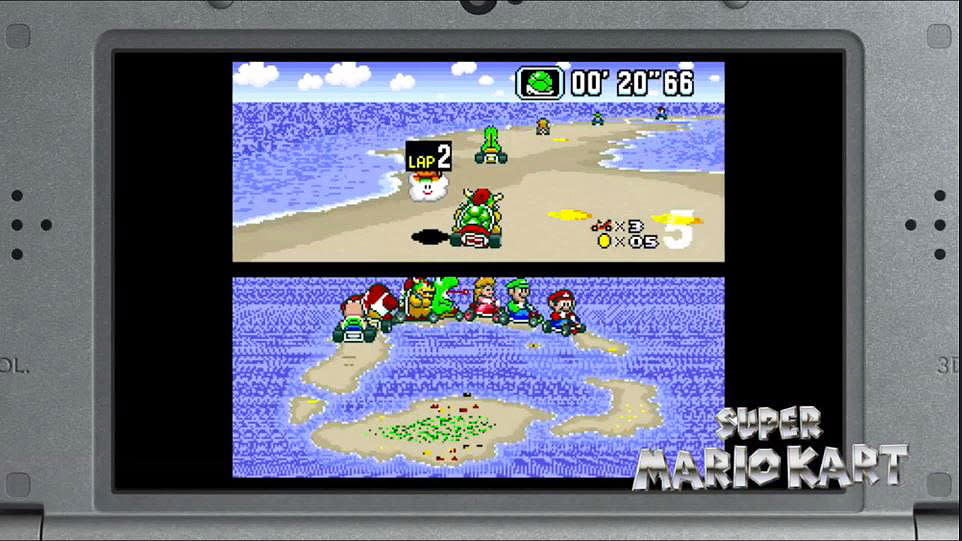 Want to play classic, Super Nintendo games on the go? Hope you updated to Nintendo's vaguely named "New" Nintendo 3DS last year, then -- the company just announced that the latest additions to its virtual console library are exclusive to the revised handheld. Starting later today, NN3DS owners will be able to download Super Mario World, F-Zero and Pilotwings from the Nintendo E-Shop.

The announcement is a little bittersweet. SNES support has been one of the most requested additions to the virtual console library since the launch of the 3DS, but the general consensus was that the handheld console simply wasn't powerful enough to emulate the 16-bit hardware. It's the same reason Nintendo hasn't released GameBoy Advance games for the 3DS, apart from the few titles it gave to 3DS Ambassadors back in 2011 -- and even those didn't work that well, forcing the handheld to reboot into a mode that disables most of its features. The New Nintendo 3DS upgraded processor, however, apparently gives the device enough oomph to do the job. Having the games on the New Nintendo 3DS is better than nothing, but it's still a bummer for folks who haven't upgraded to the new hardware.

If you have bought in to Nintendo's upgraded handheld, however, the new VC games seem pretty nice. Virtual Console SNES games will include a "perfect pixel" mode to retain the original hardware's aspect ratio, and Nintendo is promising a solid line-up of classics for the next few weeks -- including Donkey Kong Country (and Donkey Kong Country 2), Super Mario Kart, Earthbound, The Legend of Zelda: A Link to the Past and Super Metroid. Not bad! Unfortunately Nintendo hasn't said how much each title will cost or if it will offer discounts to users who already purchased the games on their Wii U. Here's hoping.

Update: That price? $7.99 a pop, sadly without any discount for folks who already purchased the title on the Nintendo Wii U. Bummer.

In this article: 3ds, av, cross-buy, eshop, gaming, new3ds, newnintendo3ds, nintendo, nintendodirect, snes, supernes, supernintendo, videogames
All products recommended by Engadget are selected by our editorial team, independent of our parent company. Some of our stories include affiliate links. If you buy something through one of these links, we may earn an affiliate commission.