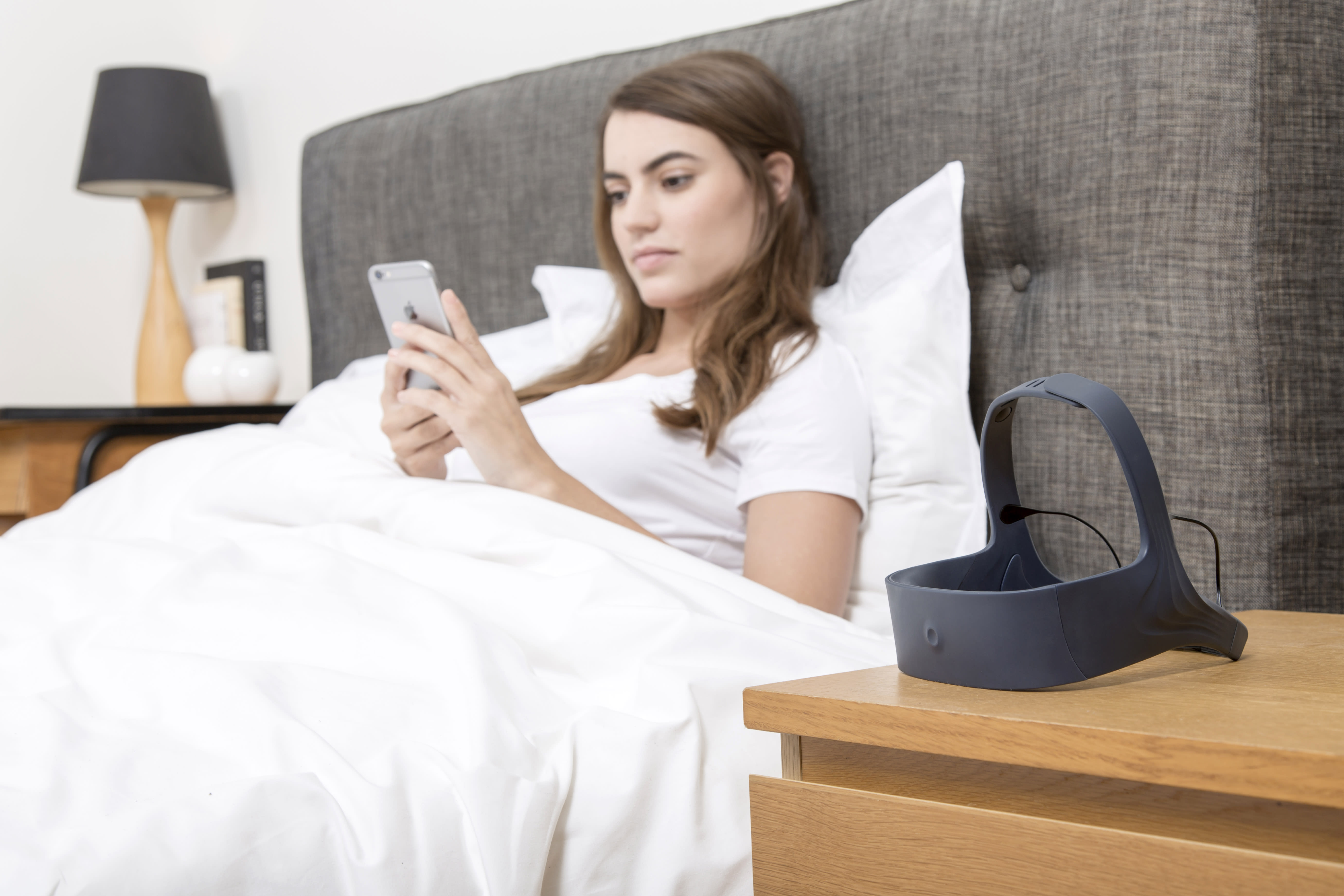 Neurotechnology company Rythm launched both itself and its first product on Thursday, called the Dreem. The Dreem is a wearable device laden with EEG sensors. However, unlike other systems that utilize similar technology, the Dreem reportedly does more than simply record and analyze your sleep patterns. If, for example, the device recognizes the user is in a specific deep sleep pattern, it will "stimulate sound to keep the user in deep sleep for an extended period." The $350 system will also reportedly be able to rouse users at the optimal time to avoid morning grogginess. Additionally, it will record and analyze sleep patterns with its associated iOS or Android app.

Potential buyers can sign up for early access at the Rythm website. However, given the lackluster science behind and performance of similar systems, you may want to hold onto your hard-earned cash until the initial reviews are in (or at least until the company finds those misplaced vowels).

In this article: dreem, EEG, gadgetry, gadgets, gear, health, rythm, sleep
All products recommended by Engadget are selected by our editorial team, independent of our parent company. Some of our stories include affiliate links. If you buy something through one of these links, we may earn an affiliate commission.