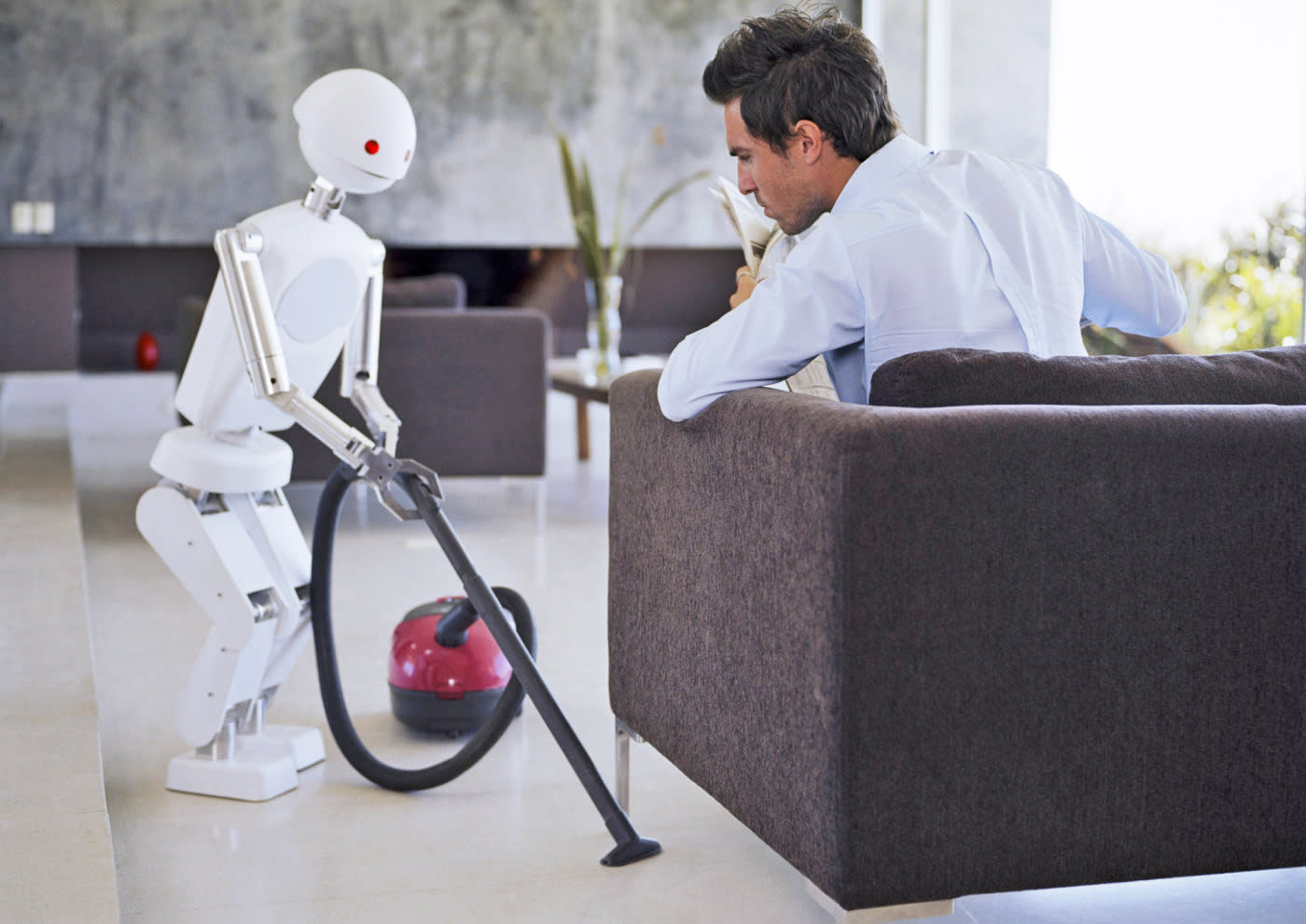 Ashutosh Saxena, the founder of a startup called Brain of Things, believes an automated home might make more sense than automated cars in the long run. We spend more time inside our houses, after all. That's the reason his company is building "robot homes" in three locations in California. They don't exactly come with a Rosie that can vacuum your carpet or a Pepper that can entertain your guests, but they're loaded with sensors and automated appliances that can learn your habits. "The house knows the context, whether [its occupants] were watching a movie or sleeping or whatever," Saxena told MIT's Technology Review.

If you walk into the kitchen in the middle of the night, for instance, the house can automatically switch the lights on (in dim mode) as you go. Your blinds can lift and lower by themselves after the house learns when you usually wake up and go to bed. The system can also detect early on if a pipe is leaking or if there's anything wrong with your heating or air conditioning. It can even beam a live video feed to your phone if someone's at the door and feed your pet while you're at work.

Each home has 20 sensors, and almost everything's automated: there are still switches to control things, but you can also use voice commands or the house's accompanying app. Internet-connected lights and appliances aren't anything new. Brain of Things, however, promises a fully automated home as soon as you move in. Since Saxena understands that some people might be concerned about their privacy, he opted not to put sensors inside bedrooms. He also said that any data the system collects stays inside the building.

While its features sound very useful for the elderly and persons with disability, we see just about any kind of tech junkie jumping at the opportunity to live in this kind of home, as well. The startup already has a few working robot apartments in Santa Rosa, California, and the system costs their tenants $125 per month on top of their basic rent. Just something to take note of if you've made it a quest to live in one of Brain of Thing's properties.

In this article: automatedhome, automation, brainofthings, california, gear, home, robothome
All products recommended by Engadget are selected by our editorial team, independent of our parent company. Some of our stories include affiliate links. If you buy something through one of these links, we may earn an affiliate commission.