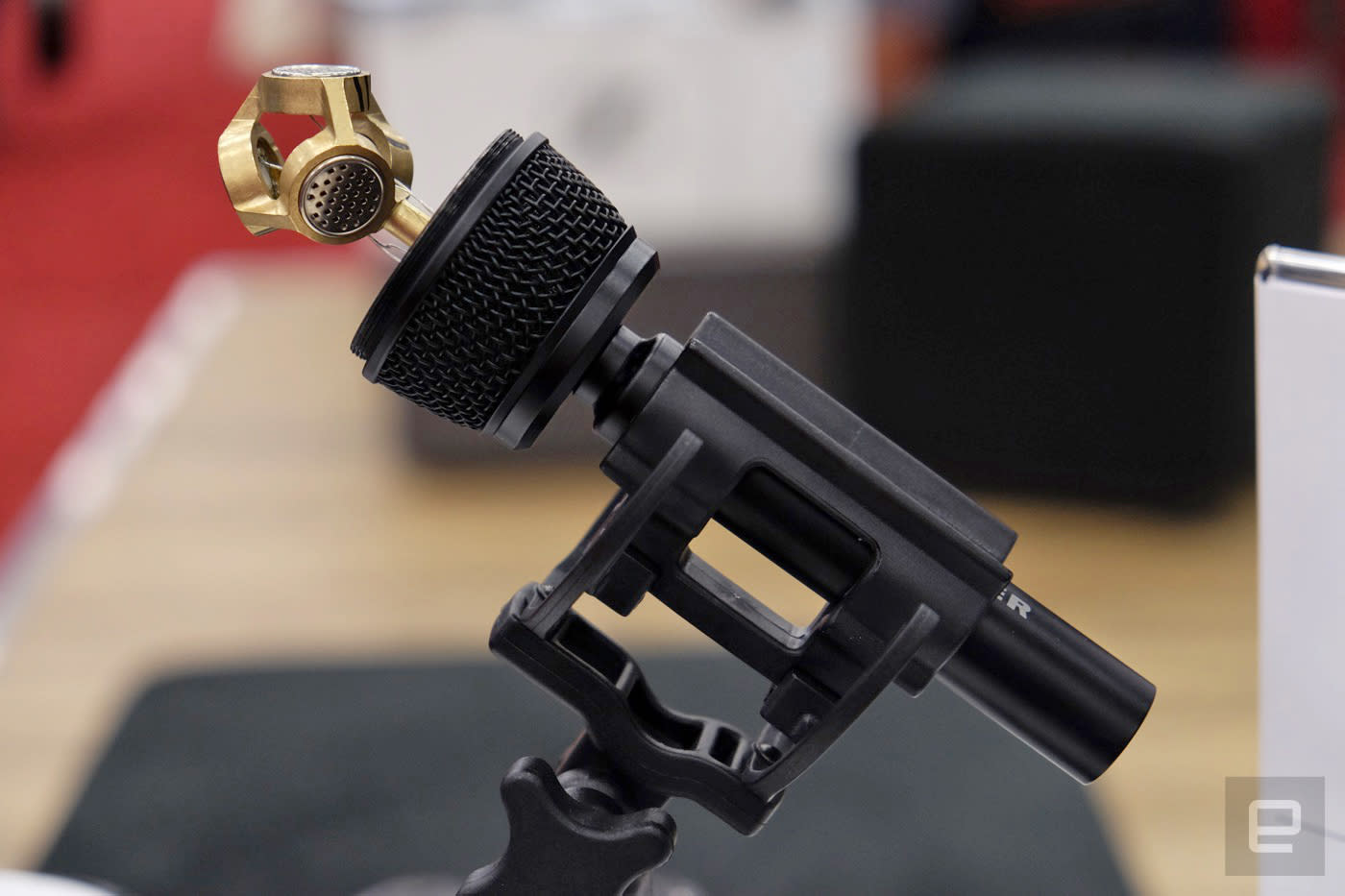 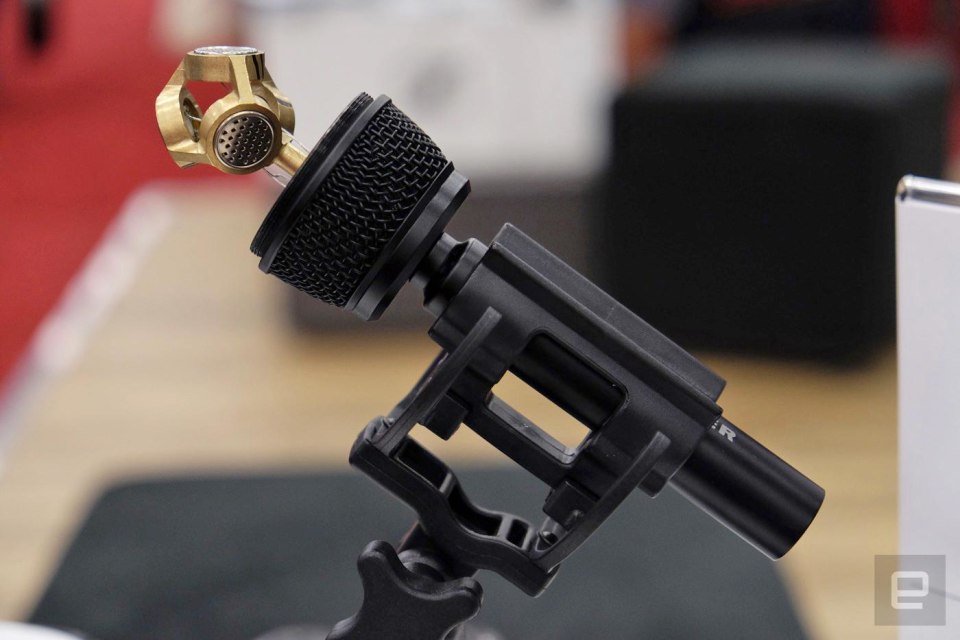 Sennheiser announced its 3D audio platform AMBEO at CES this year, and today at SXSW I got a chance to try a VR demo and see how it sounds. Using a standard pair of headphones and a stock Gear VR, I was transported into a church where a lone piano player sat a few feet in front of me. As she began to play, I looked all around the virtual room -- and the audio mix adjusted on the fly, no matter how I moved, to keep the piano's audio rooted exactly where it should be in the virtual space.

It wasn't a terribly dramatic demo, but it didn't need to be. All Sennheiser needs to show is that when I turned around, the piano's audio felt like it was coming from behind me instead of in front of me. That simplicity belies the complex engineering needed to make this work. It starts with a virtual reality microphone the company is producing and expects to launch this year. It looks like a fairly standard mic, but mount it to a 3D camera and you'll be able to record audio that moves along with your video.

Then there's all the post-processing needed to make this work. Sennheiser is working on a suite of tools to let you mix the audio and sync it up with the video as needed, though that will come a bit later than the mic's planned launch in Q3 2016.

That combo of hardware and software means AMBEO really is a platform for making VR more realistic using Sennheiser's particular audio expertise. It's something VR sorely needs, and the demo I saw today made me think back to all the VR demos I've tried thus far and wonder how the audio worked in them. It certainly wasn't something that stood out to me, because I was too busy being awed visually. But as VR filmmaking inches closer to the mainstream, audio solutions like this are necessary.

It's entirely different technology than Samsung's experimental Entrim 4D headphones that I tried yesterday. Those use electrical impulses to stimulate your ear into feeling a sense of motion, but the audio was bog standard. However, combining those two technologies would likely yield some of the most immersive VR we've seen thus far. That said, as realistic and natural as this demo was, it was also basic. I'm looking forward to seeing full 360-degree audio in much more sonically complicated demos than what I tried today.

In this article: 3daudio, av, gear, hands-on, sennheiser, sxsw, sxsw2016, virtualreality, VR
All products recommended by Engadget are selected by our editorial team, independent of our parent company. Some of our stories include affiliate links. If you buy something through one of these links, we may earn an affiliate commission.