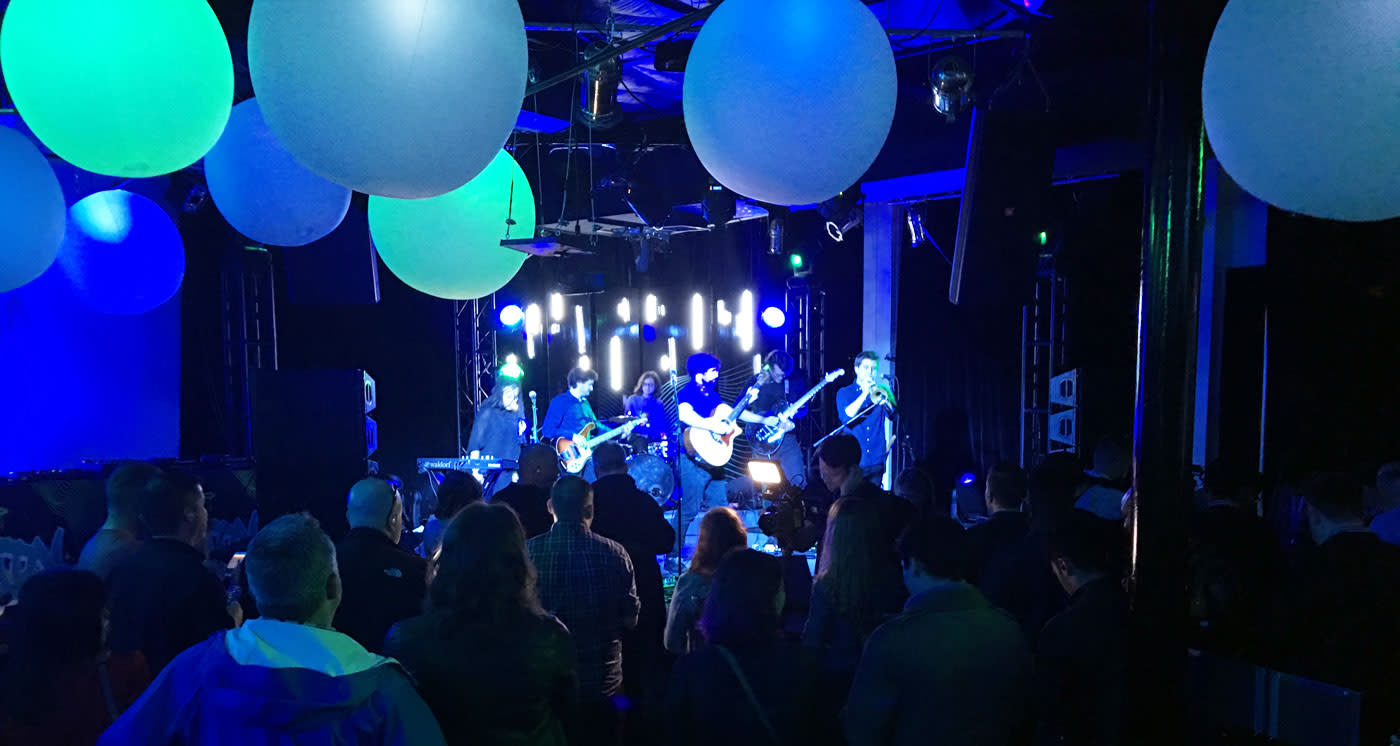 Headphones that don't play music? You're not hearing it wrong.

"SXSW is all about the big ideas." I've been saying it all week long. It's true. Here in Austin is not the place to launch a phone, it's where you show an idea about how to get people to Mars, or how to feel g-force in mobile VR. This is where apps like Twitter and Foursquare breakthrough and gain mainstream popularity. It's where vaporous ideas can crystalize into something people understand. Here -- a pair of earbuds that modify the audio around you -- had me struggling to understand them. Until this weekend, that is.

As a little catch up, Here Active Listening earbuds are not headphones. They do look a lot like headphones, and are totally wireless (and in that regard look a lot like Bragi's Dash), but that's where the similarity ends. Here is all about altering, or eliminating the sound around you. It's basically like having an EQ for the real world, with active noise cancellation thrown in. It's a niche proposition for sure. And, at $199, one that needs to be clearly understood if it wants to find its way into people's ears. Enter SXSW.

On Friday night, Doppler labs -- makers of the Here earbuds -- threw an "augmented concert experience." Basically a shindig with a live band (Great Caesar, if you're interested), playing to a well lubricated audience -- each person armed with their own pair of Here buds. Doppler Labs head-honcho Noah Kraft opened the show with a short explanation about what was going to happen, and the band's frontman, John-Michael Parker, guided the crowd through the experience. Here connects to any iOS or Android phone via a companion app. It's, ahem, here that you change the settings that will alter the sound you hear. Parker started things off easy with one of the songs played naturally (no settings applied). They then asked the audience to activate the "echo" setting, and repeated the ditty. Neat trick. Parker and crew then played a few more numbers, showing off Here's ability to mimic the acoustics of famous music venues. For one song, we're might have had our feet in Austin, but our ears where -- so we were told -- in Carnegie Hall. I'm not sure they need to re-write the punchline for the famous joke about the venue just yet though.

From an idea standpoint, I like Here. It's something different. As someone who loves live music though, I'm not sure how I feel about it. It kinda feels like it's missing the point, if you're going to mess about with the songs you've (probably) paid to hear. I spoke with fellow music-lover, and colleague Mona Lalwani about it, and she shares a similar view.

"While it's an innovative spin on earbuds, it doesn't quite work yet. It takes away from the live experience. While technologies that enhance a live experience -- like visual displays and graphics -- have added another sensory layer to the experience, being able to add an echo or studio setting when a band is performing live seems to break the experience of actually being there." The name Here, while problematic for writers talking about how it changes what you hear, is pretty clever. Not just for the double hear/hearbuds pun, but also the clue it contains about the sound it modifies -- that which is right here. The idea of something that changes your environment, like an Instagram filter for sound, makes Here feel a little exciting. Like the first time you try VR/AR. But whether live music is the right forum for that remains unclear. Though, the ability to crank up the bass on the real world does have a novel appeal. Likewise, as someone who lost some hearing in their left ear after surgery, being able to nudge certain frequencies up or down at will is pretty handy (there's a multiband EQ option in the app). It won't replace a hearing aid though, even if you can bump the ambient volume up a touch.

Here's not just about adding reverb, EQ, echo and spatial filters though. Perhaps its most practical ability, is its most modest one: active noise cancelling. A friend recently asked me to borrow a pair of ANC headphones as he was going on a flight. He didn't want them for music, but just so he could kill the background noise while he slept. These were big, clunky over ear cans. With Here, he could just sling them in his bag, and use them for that at any time.

For now though, Here is pressing on with the idea about selling it to music lovers. Currently, only Kickstarter backers have access to Here. If you want a pair, the only way is to join a waiting list. Or, you can go to Coachella. Doppler Labs has partnered with the event to offer festival goers exclusive access to the buds, and in return, it's laying on some audio experiences optimized for Here. This is perhaps the real seed from which my curiosity about the product grows. All the time I've been trying them out at SXSW, (in line for coffee, in bed, at live music performances and panels), I've been thinking about how audio experiences could be deliberately designed to work with Here. Games could include music that, with the right filter, reveals clues that help you progress. Audio tours could link into Here to add reality and depth to different situations -- say, adding echo while in the belly of some caves.

Mona isn't so sure. For her the "augmented concert" fell short of its promise. "I'm all for an interactive future. But to me, augmented isn't echo modes and studio settings, I've always found those lame even on a regular music listening device. But, when they find a way to hear thing that aren't being played live that'd be rad." Mona makes a good point. A truly augmented audio experience -- to be fair, this isn't what Here claims it offers, just the concert a SXSW -- would be something truly exciting. So, there you go Doppler Labs. I'm digging the chance to massage the sound around me, or cut it out altogether (it does this pretty well), but true augmented audio really does sound like a big idea, ripe for the next SXSW?