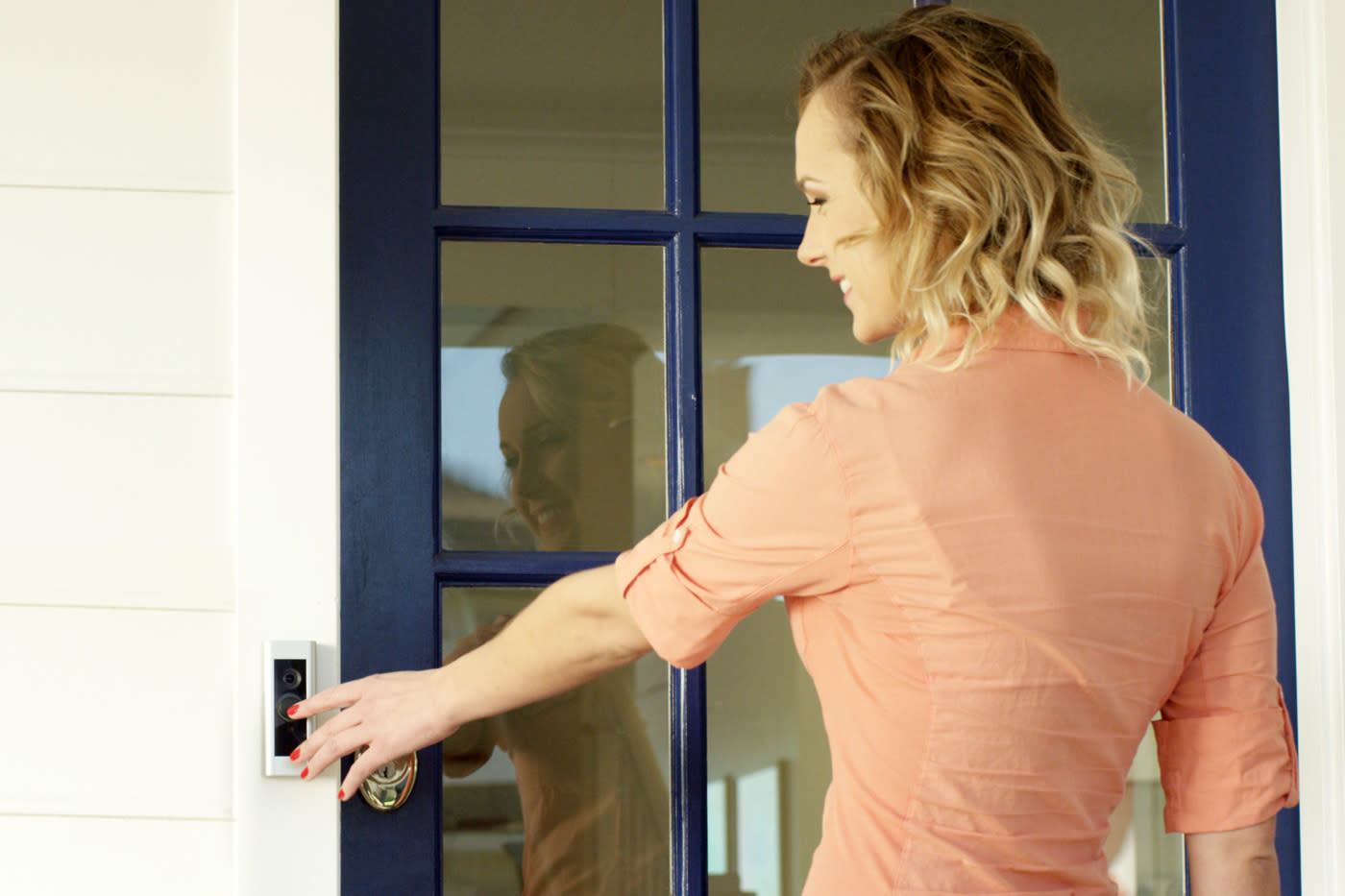 Ring's Video Doorbell is helpful if you want to know who's gracing your door, but it has its limitations: it streams in 720p, its motion detection isn't fine-grained, and its boxy design can stick out like a sore thumb. That's where the just-announced Video Doorbell Pro might save the day. The upgraded ringer not only captures footage in 1080p (helping you read that salesperson's name tag), but lets you specify motion zones that alert you when there's activity in a specific area, like your front porch or the mailbox. And as you may have noticed, the Pro is much smaller and slicker than its precursor -- it won't look quite so out of place at the front of a vintage home. Most of what's left is familiar from the standard Ring, including two-way conversations, night video capture and an optional cloud recording service ($3 per month or $30 per year) that stores evidence of would-be visitors. You'll be happy to know that it now supports 5GHz WiFi, though, so you won't have to worry about keeping a 2.4GHz network around to know when someone is stopping by. You can pre-order the Pro at Ring's website now for a not-too-unreasonable $249, and it'll reach both Best Buy and Home Depot stores in May.

In this article: doorbell, gear, home, household, ring, ringvideodoorbellpro, security, videodoorbellpro
All products recommended by Engadget are selected by our editorial team, independent of our parent company. Some of our stories include affiliate links. If you buy something through one of these links, we may earn an affiliate commission.