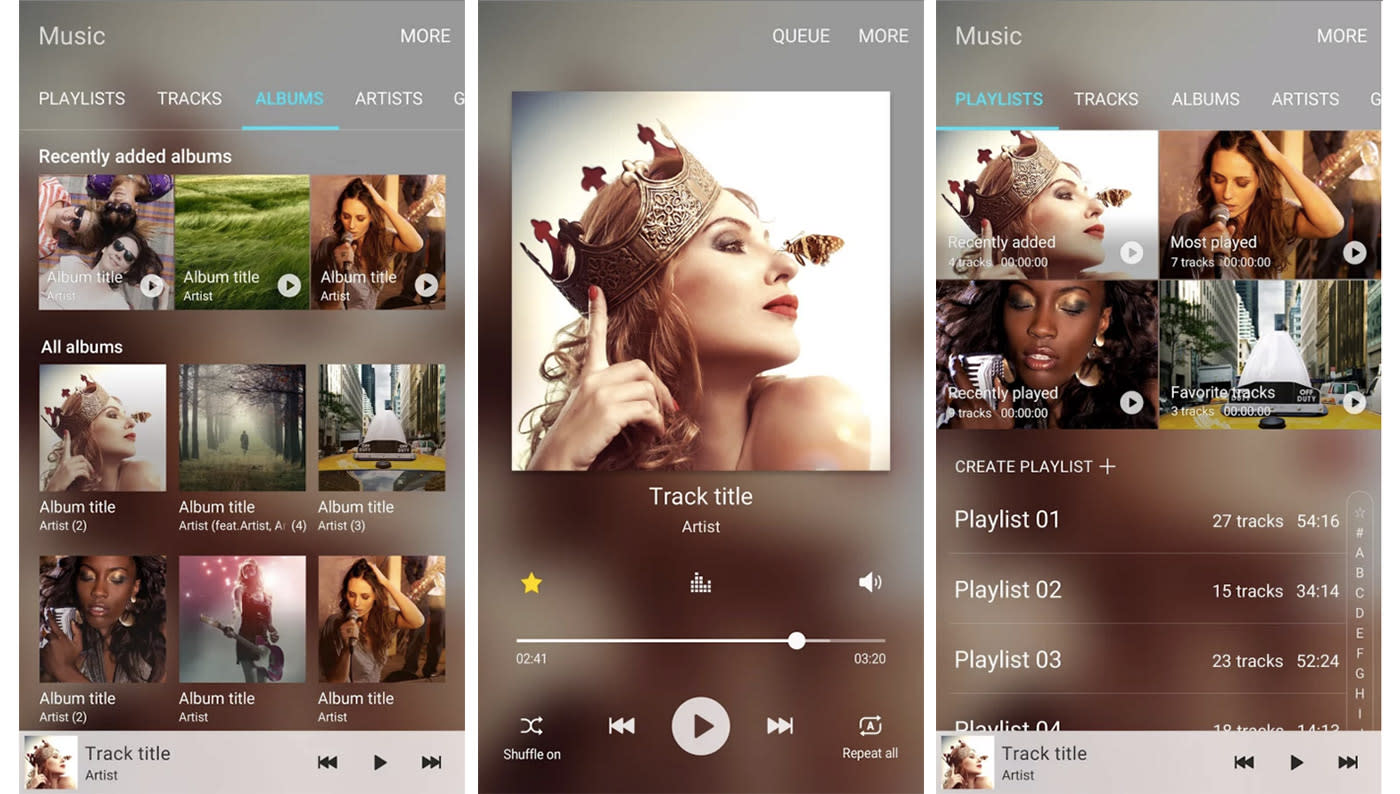 Have a new Galaxy S7 or other Samsung Galaxy device running Android Marshmallow? Then the electronics giant wants you to kick the tires on Samsung Music. I'd explain what it is, but its name does that for me. The music app plays MP3, WMA, AAC and FLAC files, however, it's still in beta so it might not run without a hitch. But hey, your horoscope suggested opening yourself up to new things, so you might as well give it a shot.

In this article: android, androidmarshmallow, beta, galaxy, galaxys7, gear, marshmallow, mobile, music, samsung, samsungmusic
All products recommended by Engadget are selected by our editorial team, independent of our parent company. Some of our stories include affiliate links. If you buy something through one of these links, we may earn an affiliate commission.